Did you win tickets to UFC Fight Night: London? Find out below... 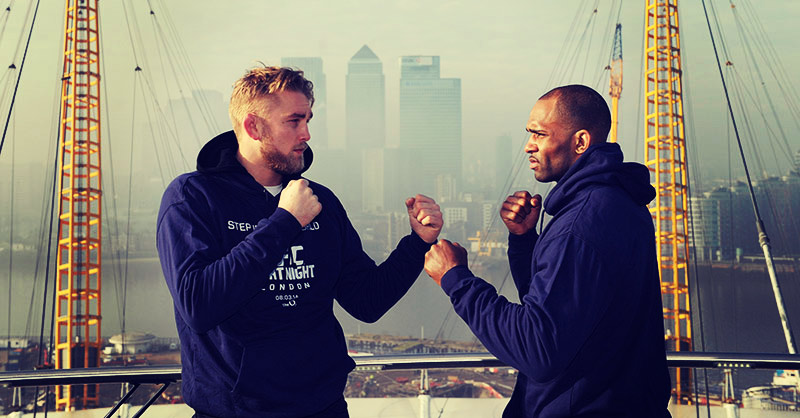 Tickets went on sale last week for UFC Fight Night: London and we asked you guys to Step Into Our World and recreate the Alexander Gustafsson vs. Jimi Manuwa face off (above) in front of your own local landmark. We wanted to see you to be as creative as possible with the winner getting two tickets to UFC Fight Night: London on March 8th.

The winning entry is Adrian Weatherhead, a delivery driver living in London who took this picture with his friend Ollie in a wet and windy Trafalgar Square.. topless and with a makeshift Octagon board! 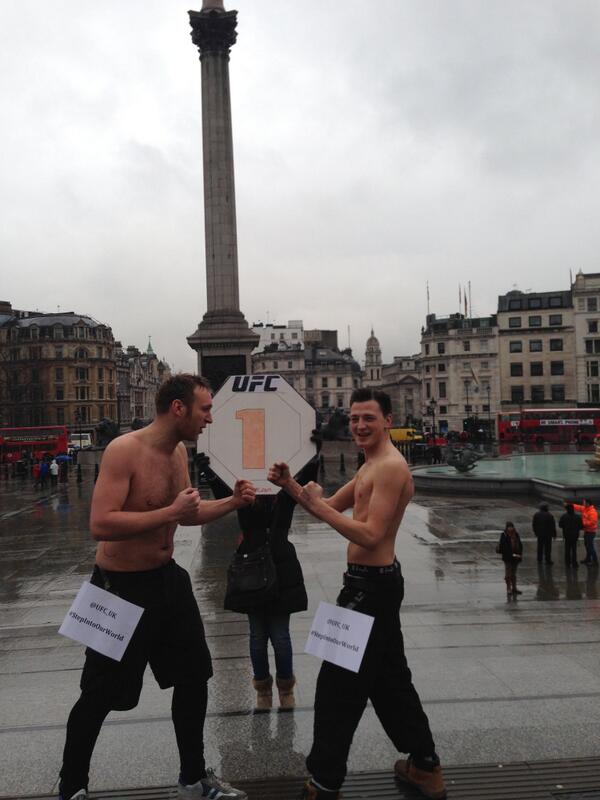 “I thought about St Paul's Cathedral, The London Eye and Oxford Street as backdrops for a photo but then one of the lads at work suggested Trafalgar Square!” said Adrian. On to a winner all they needed was someone to hold their homemade Octagon board.

“A group of Italian tourists came walking past no doubt wondering why these two guys were stood in the rain with their tops off, so I waved them over and asked if one of the girls would pose for a photograph holding the board. One of them jumped at the chance and started parading around as if it really was the start of a fight!”

The collaboration worked as Adrian wins himself two tickets to UFC Fight Night: London at the O2 on March 8th.

“I feel like a big kid again winning a competition that was fun to take part in. We’re obviously looking forward to the main card and hoping Poster Boy can pull off an upset against Gustafsson. Also looking forward to Pickett vs. McCall and we will be cheering on the Yorkshireman Danny "The Cheesecake Assassin" Mitchell.”

To see all the entries, including Adrian’s then head over to our Facebook page.