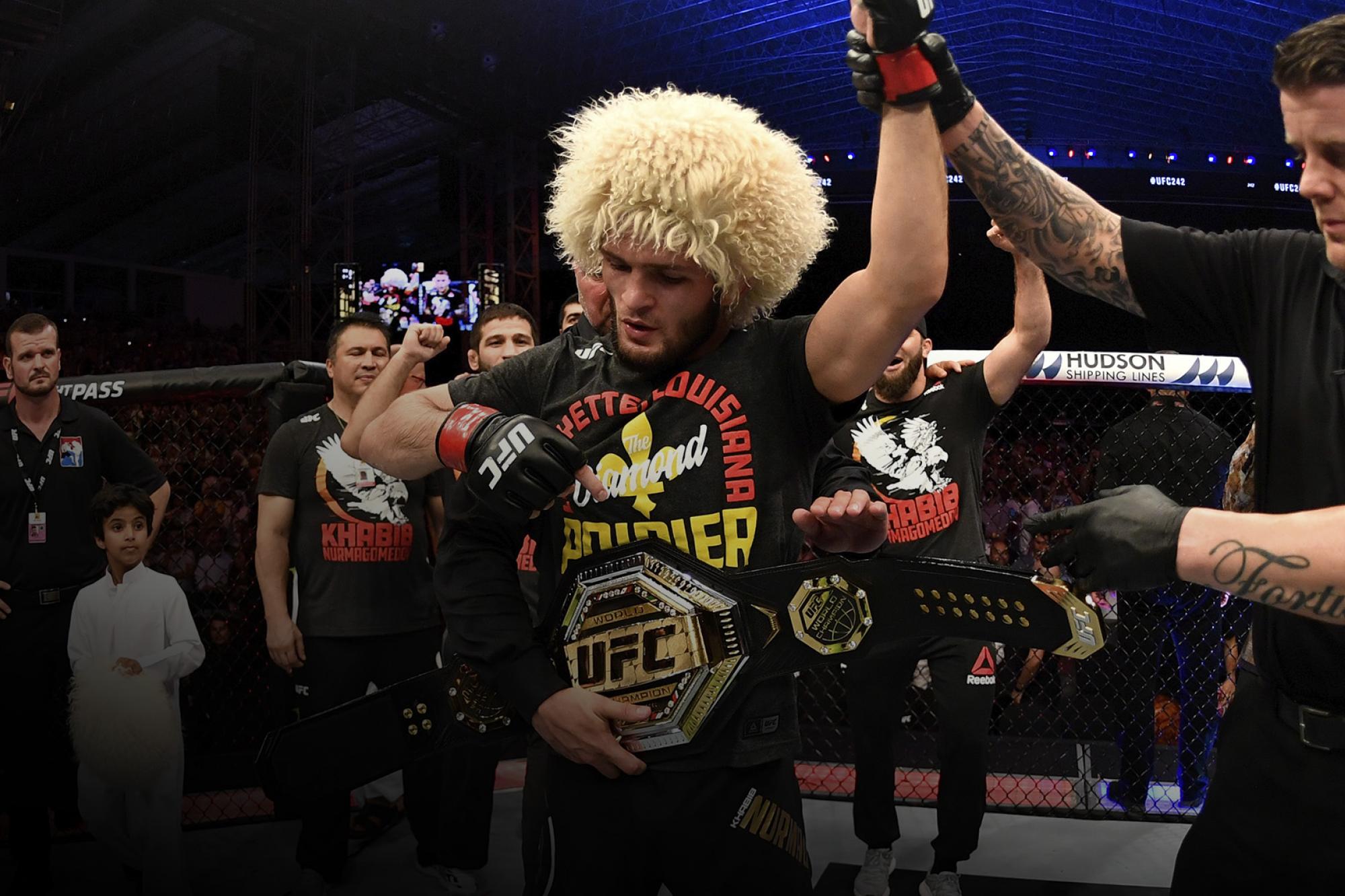 Go through all the lightweight champions in UFC history
By Thomas Gerbasi, on Twitter: @TGerbasi • Apr. 30, 2020

Jens Pulver (2001-02) defeated Caol Uno at UFC 30 (2/23/01) to win the UFC lightweight championship. https://ufcfightpass.com/video/29364  Pulver defends his title against Dennis Hallman and BJ Penn before leaving the organization and vacating the title.  In 2002-03, a four-man tournament featuring BJ Penn, Caol Uno, Matt Serra, and Din Thomas is held to determine a new champion, but the title remains vacant after a five round draw between Penn and Uno in the final match at UFC 41. The division is then used sporadically until the UFC 49 bout between Yves Edwards and Josh Thomson in 2004. The division doesn’t return until UFC 58 in 2006.

Sean Sherk (2006-07) defeats Kenny Florian at UFC 64 (10/14/06) to win the vacant UFC lightweight title. https://ufcfightpass.com/video/30063 Defends title against Hermes Franca but is subsequently stripped of the belt after testing positive for steroids.

BJ Penn (2008-10) defeats Joe Stevenson in the second round at UFC 80 (1/19/08) to win the vacant UFC crown. https://ufcfightpass.com/video/28860  Penn successfully defended his title against Sherk, Florian, and Diego Sanchez. 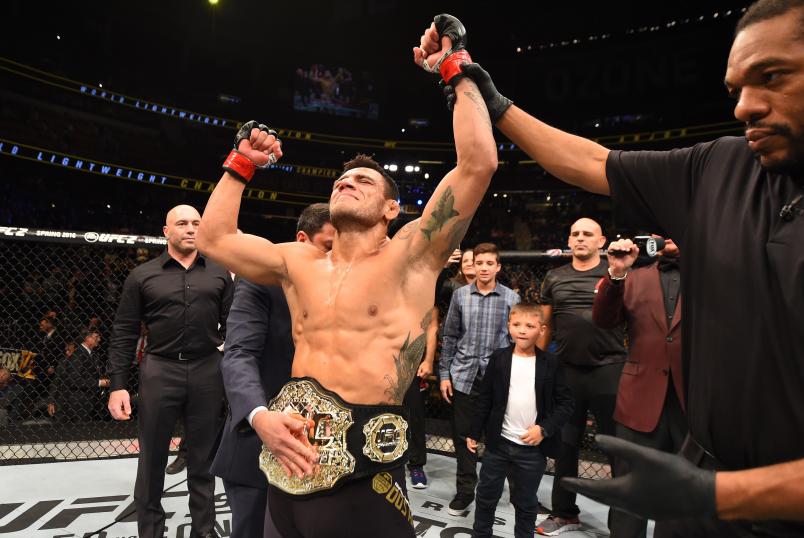 Rafael dos Anjos celebrates his TKO victory over Donald Cerrone in their UFC lightweight title bout during the UFC Fight Night event at the Amway Center on December 19, 2015 in Orlando, Florida. (Photo by Josh Hedges/Zuffa LLC via Getty Images)