UFC will commemorate Hispanic Heritage Month (Sept 15 - Oct 15) by acknowledging UFC athletes and fans that represent U.S. Hispanic and Latin American communities, as well as other Spanish-speaking countries around the world. UFC will also celebrate Hispanic and Latino culture and how it has played a significant role in UFC, MMA, and combat sports overall.

During HHM, UFC will highlight the personal stories of Hispanic and Latino fighters, past and present, and their impact on UFC through its “One Voice, Many Stories” campaign, as well as raise awareness of charitable efforts in support of U.S. Hispanic and Latin American communities.

UFC will also offer fans UFC – Hispanic Heritage Month apparel, which is now available at UFCStore.com. A percentage of profits from sales of this apparel will benefit a national Hispanic nonprofit organization. 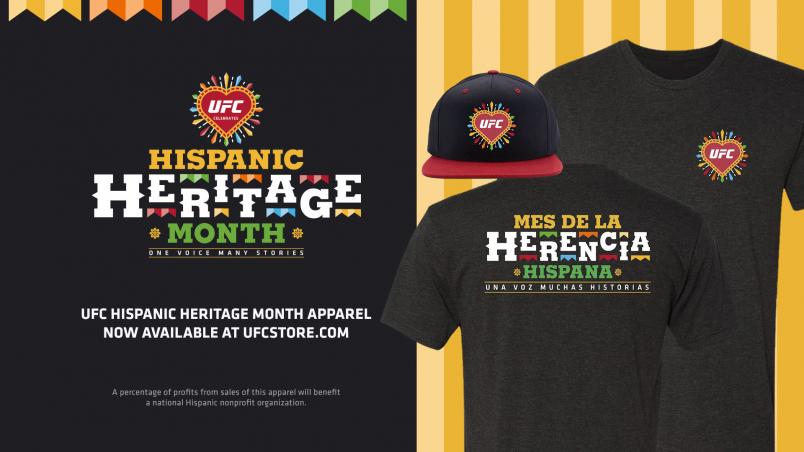 In addition, numerous UFC athletes of Hispanic and Latino Heritage will compete during HHM, including

Reyes will fight Jan Blachowicz for the vacant light heavyweight title at UFC 253 on September 26, while Aldana and Ortega will headline upcoming UFC Fight Night events on October 3 and October 17, respectively. Aldana’s main event against former UFC bantamweight champion Holly Holm will make history, as she will become the first-ever Hispanic female UFC athlete to headline a UFC event. 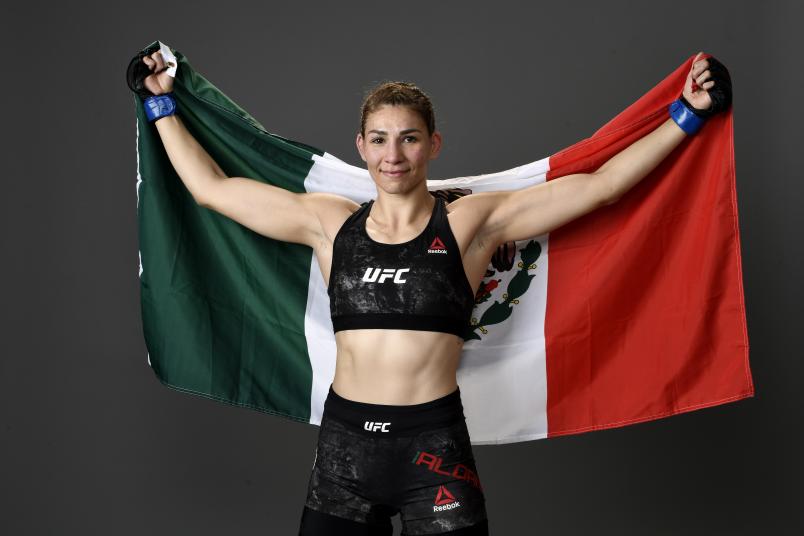 Irene Aldana of Mexico poses for a portrait during the UFC 245 event at T-Mobile Arena on December 14, 2019 in Las Vegas, Nevada. (Photo by Mike Roach/Zuffa LLC via Getty Images)

UFC will also commemorate HHM during its upcoming broadcasts via watermark inclusion (UFC Celebrates HHM), athlete features and vignettes throughout the window.

In partnership with ESPN, a UFC-produced four-part special featuring some of the biggest Latino names in MMA, will kick off ESPN’s Hispanic Heritage Month-themed programming.

UFC FIGHT PASS will also feature a handful of Hispanic and Latino athletes as its “UFC FIGHT PASS Fighter of the Day” beginning on Tuesday, September 15:

To watch the career highlights and best moments for Reyes, Masvidal, Grasso, Vera and Rodriguez, go to UFCFightPass.com.