Angela Hill: Women That Have Inspired Me

"MMA is so ahead of so many other sports in its ability to give women and equal platform"
By Angela Hill • Mar. 7, 2020

People can lob all kinds of legitimate criticisms at Mixed Martial Arts but one field in which the sport is ahead of so many others is its ability to give women an equal platform to their male peers.

In recognition of International Women's Day, here’s a few of the women that have inspired me in my fighting career. 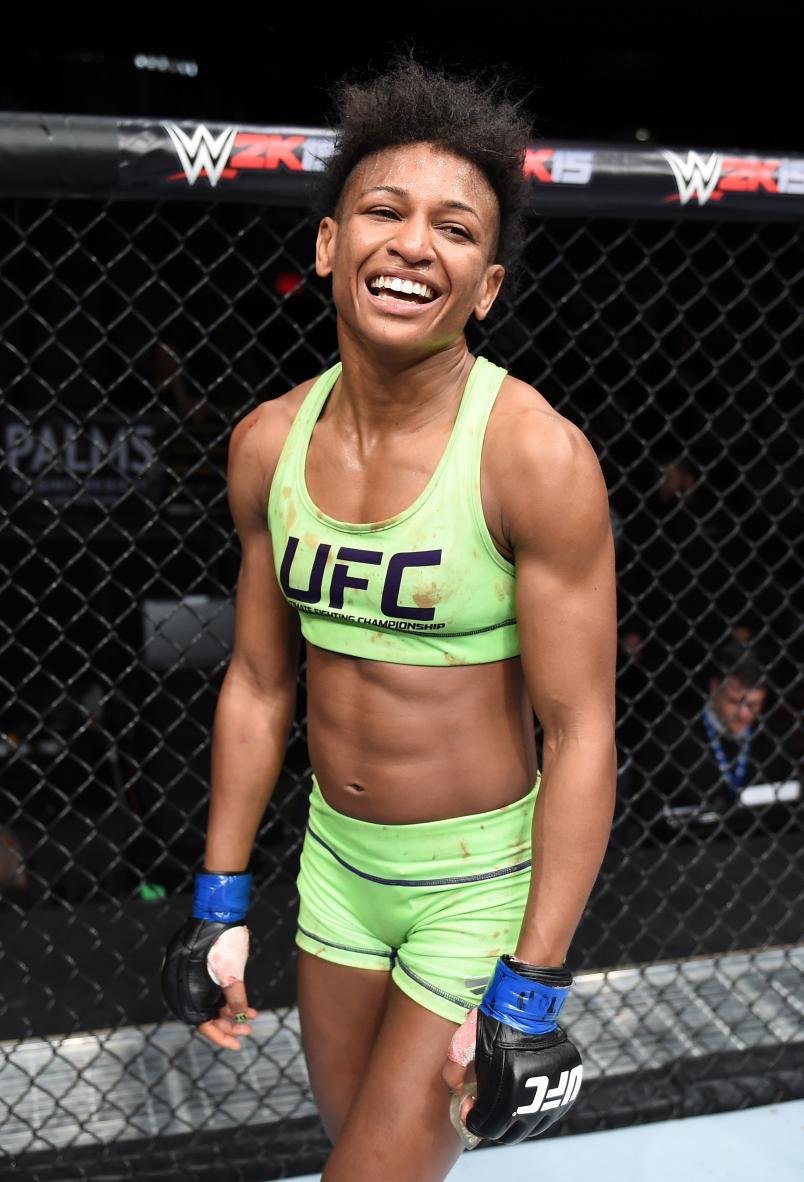 Angela Hill reacts after her victory over Emily Kagan in their strawweight fight during The Ultimate Fighter Finale event inside the Pearl concert theater at the Palms Casino Resort on December 12, 2014 in Las Vegas, Nevada. (Photo by Jeff Bottari/Zuffa LLC/Zuffa LLC via Getty Images)

At The Ultimate Fighter Finale, 2014 (Photo by Jeff Bottari/Zuffa LLC)

I knew the girl that was about to fight my friend Deidre Levi was in trouble when she came out to the ring wearing makeup. After the first round--with mascara smeared across her face--so did she.

In some parts of women's amatuer Muay Thai there was a weird preoccupation with form. Clean push kicks. Photography-worthy head kicks. The overemphasis of tradition and superstition even though you weren't a Thai. Deidre was the first girl to show me that fighting in Muay Thai was primarily about fighting. It didn’t have to look pretty. I wanted to look aggressive like her: throwing hooks and coming forward against opponents that concerned themselves with makeup more than punching.

I started Muay Thai classes in 2009 and before I knew what MMA really was, some people at the gym were excited about the big Carano vs Cyborg fight. I didn’t fully appreciate at the time just how big of deal having two of the best females in the world headlining a major MMA card was. Gina Carano had movie-star looks and slick kickboxing. Cyborg had something otherworldly about her and a furiously naked aggression that made casual observers uncomfortable. Their fight paved the way for the Rouseys and Nunezs of the world and eventually us little gals.

I made my pro-debut on a Lion Fight card that took place on Fremont Street in Vegas. Dabbling in Muay Thai in the co-main was Cris Cyborg. It seemed like something had come full circle. 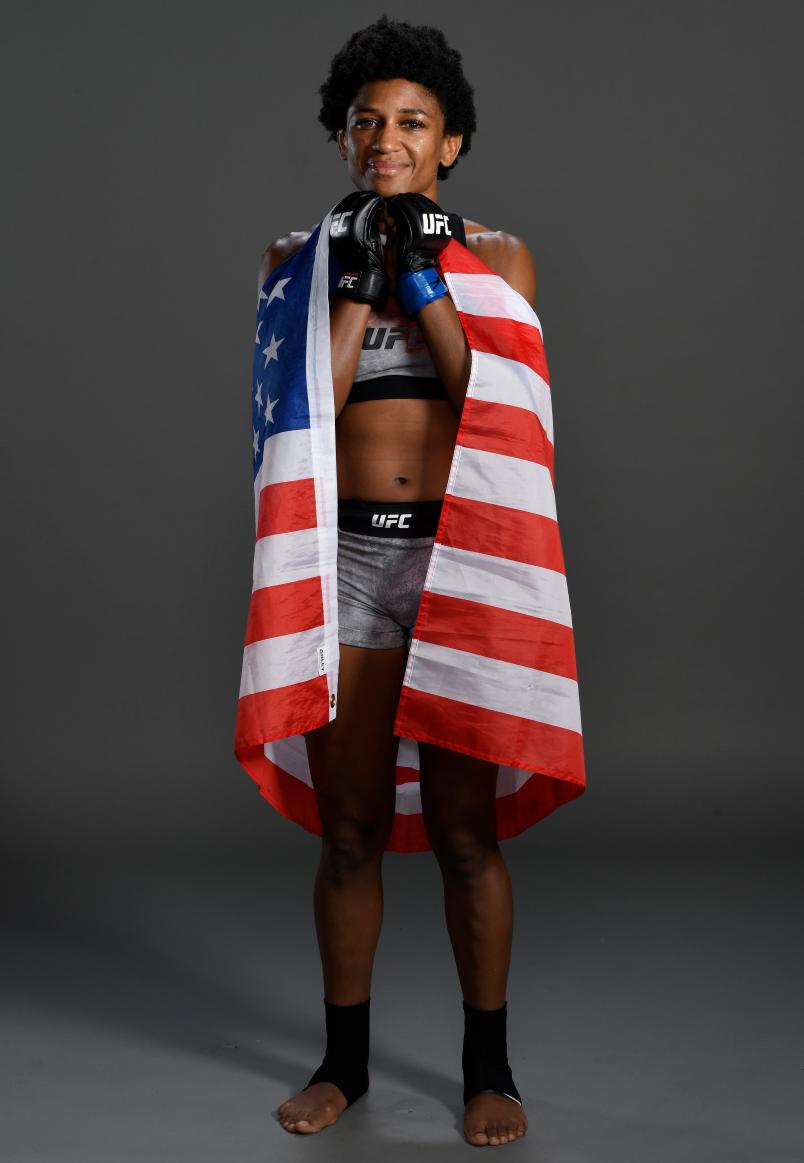 Angela Hill poses for a portrait backstage after her victory during the UFC Fight Night event at PNC Arena on January 25, 2020 in Raleigh, North Carolina. (Photo by Mike Roach/Zuffa LLC via Getty Images)

Being the best girl at your gym comes with its advantages but also its disadvantages. It wasn’t until I was on TUF 20 that I really came to appreciate the value of training with women. If you fail against male training partners or have a bad spar you can chalk it up to a size or strength disparity. Having someone your size and skill level helps you push daily and makes you better.

I didn’t appreciate how easy it was to underestimate a female opponent's skill and strength until I fought Tecia Torres. I had no good barometer of my own abilities as I wasn’t working consistently with women my own size trying 100% in training. But f*** that. I got next.

I moved to San Diego to train at Alliance in 2015 as they had a strong female team and that’s what I needed to be around to improve faster (shoutout to the first girls I got to train with: Bec Rawlings, Jessica Penne, Christine Stanley and Paulina Granados).