The UFC at Halloween? Bring It On

It's not too late to put together your UFC-themed Halloween costume...here are some tips... 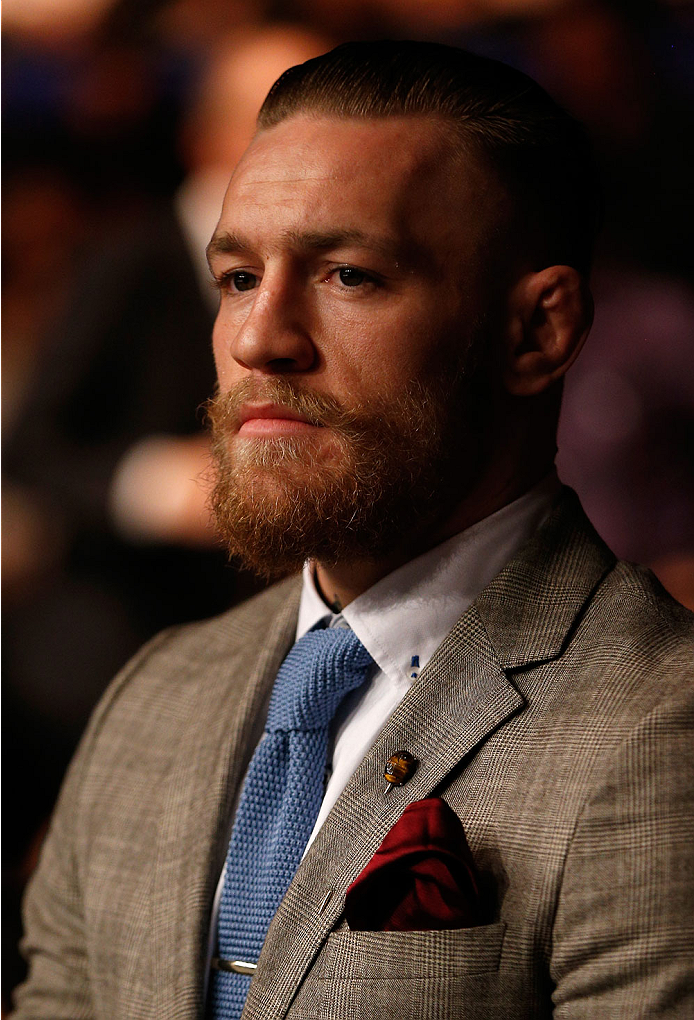 So, you wanna be a UFC Fighter... for Halloween. Excellent choice. In fact, why not get your fight fan friends together and have a UFC themed-Halloween party? If you want to be a champion, and who doesn't, the UFC Store has replica championship belts and UFC gloves to start you off.

Here are a few more ideas for UFC-themed costumes but feel free to share your own!

Ronda Rousey - There are a lot more options for women's costumes at a UFC-themed Halloween party now that the Women's division is well-established and growing bigger all the time. If you're going to be a female fighter, why not be the UFC's first and only champ, "Rowdy" Ronda Rousey? You'll need: UFC gloves, a Rousey shirt, a replica championship belt, blonde hair and, if you want to add some Halloween macabre, get a severed arm prop and carry it around. Then there will be no mistake that you're the Rowdy One, who is known for her signature armbar.

Ian McCall - Everyone knows Ian "Uncle Creepy" McCall for his exciting fights and his stylish, classic handlebar mustache. Get your UFC gloves, a McCall T-Shirt and the "Creepystache" and you're set. Whether you draw it on, buy a stick-on or go all out and grow your own, everyone will know you're ready to get creepy on Halloween.

Conor McGregor - With his undefeated record in the UFC and his mix of unshakable confidence and Irish charm, Conor has become a meteoric star. The key to being "Notorious" is style! Get yourself a sweet, stylish suit, a watch that redefines bling, perhaps some designer sunglasses and then just brush up on your Irish accent and your swagger. Gotta have the swagger!

Johny Hendricks - There are two things you think of when you mention welterweight champ Johny "Bigg Rigg" Hendricks: a deadly left hand and an epic beard. Once again, start with UFC gloves and a replica belt, then just add a Bigg Rigg shirt and an epic beard. The UFC store has yet to sell Bigg Rigg replica beards, so you'll have to go to a costume store for that if you're not blessed with a Bigg Rigg Style beard.

Octagon Girl - Halloween is traditionally a day to celebrate the scary. Now you can argue that a UFC Fighter is scary - just picture being locked in the Octagon with one and hearing Herb Dean say "Fight!" but let's be honest, some gals like to dress up more sexy than scary for a Halloween party. Luckily, there are Octagon Girl outfits in the UFC Store. Maybe you're a dude who wants to be an Octagon Girl for Halloween? Go for it. Halloween is supposed to be fun. Go wild.

This is only a start and hopefully, it gives you some ideas to get the ball rolling. Be safe and have fun and don't forget to share your UFC-themed Halloween costumes with us on Twitter and Facebook!