The UFC Hall of Fame is separated into four distinct categories or “wings” commemorating specific achievements and contributions. These serve as differentiators and enable UFC to place Hall of Fame members in their appropriate historical context. 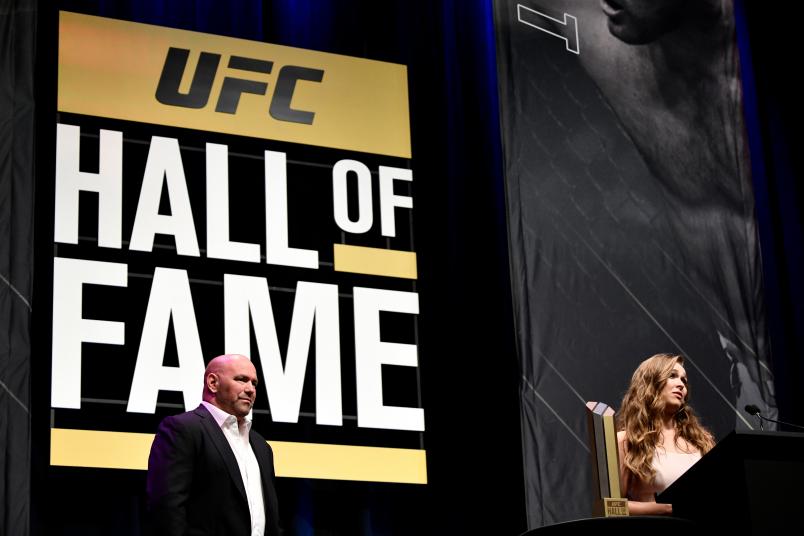 Who is currently in the UFC Hall of Fame? 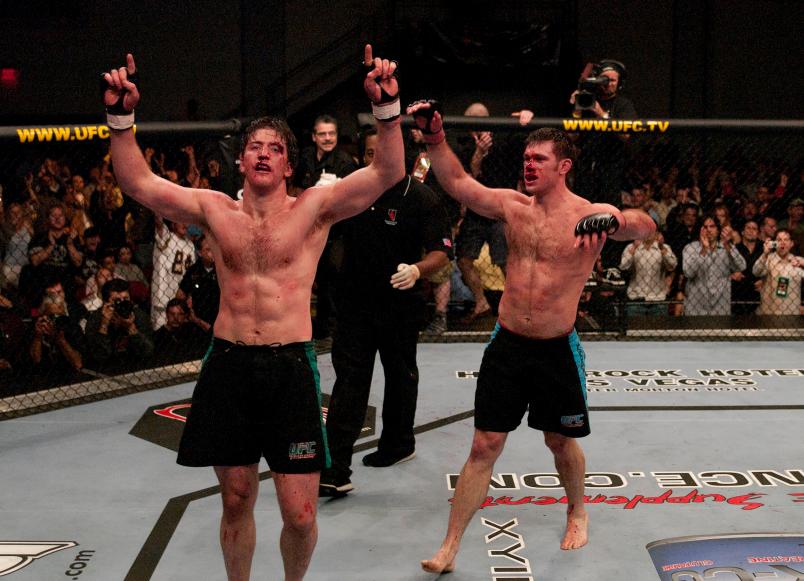 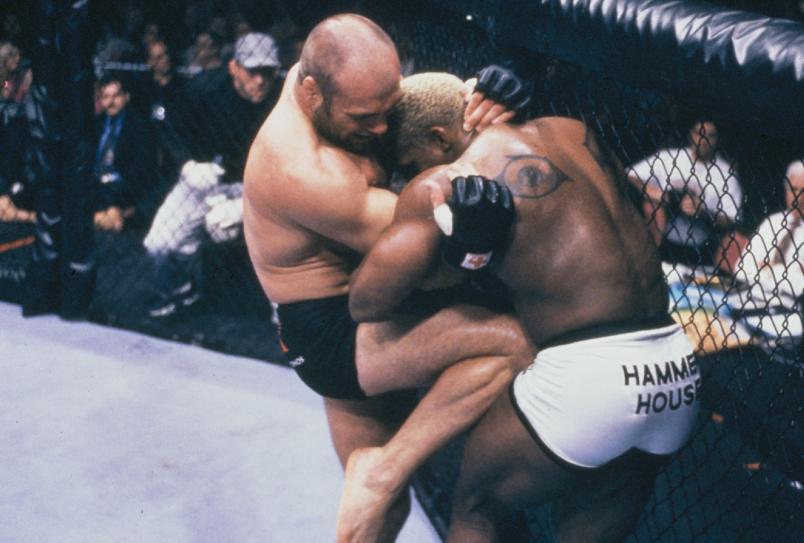 It is the UFC Hall of Fame, but overall career achievements in, and contributions to, the sport of mixed martial arts (MMA) are noted and celebrated.

Why have separate Pioneer and Modern categories?

The fights which took place in the early UFC events – conducted with no time limits, few rules and without standardized scoring systems – were very different to the bouts which the modern UFC presents.

The original competitors were often single-skilled fighters (wrestlers, kickboxers, judoka etc) who entered the Octagon with little training in other martial arts disciplines. It is proper to make a distinction between the warriors who invented this sport as they went along, and modern athletes who had the advantage of learning from those early pioneers.

The forerunners of the sport – the fighters whose courage forced martial arts to evolve more in a single decade than it had in centuries – are honored as the founding fathers of the sport in the Pioneers wing of the UFC Hall of Fame.

UFC 28 – held on November 17, 2000 – was the first event to use the Unified Rule of Mixed Martial Arts and is thus considered by many historians and experts – including official UFC statisticians FightMetric – to be the first event of the modern era. Before UFC 28 the rules for each event – and even each fight – varied depending on where, when and who was fighting. After UFC 28, rules were standardized.

What does the Fight Wing honor?

What are the criteria for the Modern category?

What are the criteria for the Pioneer category?

What are the criteria for the Fight category?

What are the criteria for the Contributors category?

Why have a “Contributors” section? Shouldn’t the UFC Hall be all about the fighters?

With two wings specifically for fighters and another recognizing legendary bouts, the UFC Hall of Fame is a celebration of the fighters and fights first and foremost. However, the sport is bigger than the Octagon. The Hall recognizes there are individuals and groups whose major contributions to the rich tapestry of the sport deserve to be acknowledged for future generations to appreciate.

What types of people are eligible for consideration as a Contributor?

Anyone – or any group – who made a positive and significant contribution to the sport; including but not limited to officials, judges, trainers, commissioners, commentators, promoters etc. 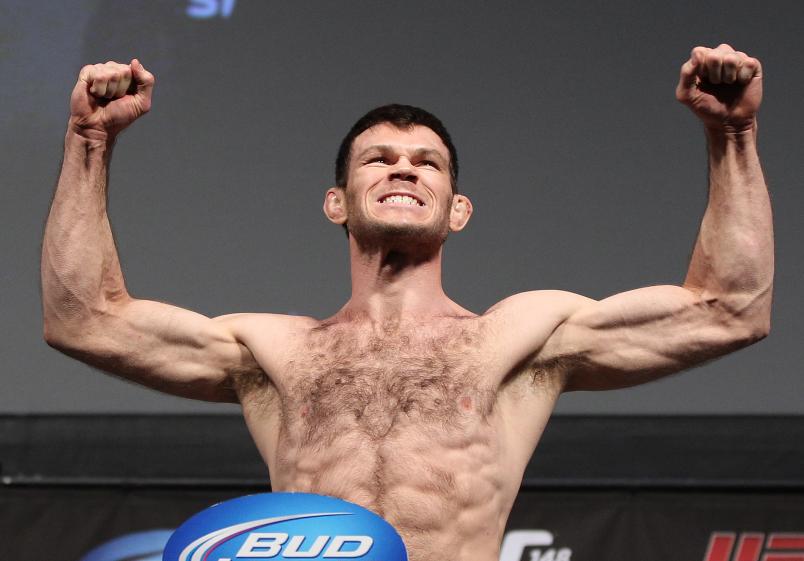 Can a single individual be inducted in more than one wing?

Yes. While it is impossible to be in both the Pioneer and Modern wings, any other combination is allowed for an individual. For example, a retired Hall of Fame fighter may go on to become a celebrated Contributor outside of the Octagon and/or have a Fight enshrined in that category.

Are individuals who are inducted as part of a Fight (winner and loser) considered UFC Hall of Famers?

Yes. Both athletes who competed in their historic fight are full members of the UFC Hall of Fame.

How will fans be able to see the induction ceremony?

The UFC Hall of Fame induction ceremony will be live streamed on ESPN+ and UFC FIGHT PASS, UFC’s digital streaming service, and will also be made available on-demand to UFC FIGHT PASS subscribers.

With so many great fighters, contributors and fights to choose from, how does UFC come up with the specific members of each induction class?

The UFC Hall of Fame is an institution designed to not only celebrate greatness and honor those who have made outstanding contributions to the UFC, but also to connect the newer generations of fight fans with the stories of the heroes of the sport’s past. In just a few decades, the UFC and the sport of MMA have forged a rich history. There are so many great fighters, fights and contributions to celebrate - and the UFC Hall of Fame will take the proper time to tell these stories and preserve their legacies for future generations. Some inductions may be timed to take storytelling advantages of anniversaries and other factors, while at other times mundane things like a candidates availability to be in attendance could be a factor, too.

What do inductees actually receive when they become Hall of Famers?

All inductees receive a special UFC Hall of Fame trophy. 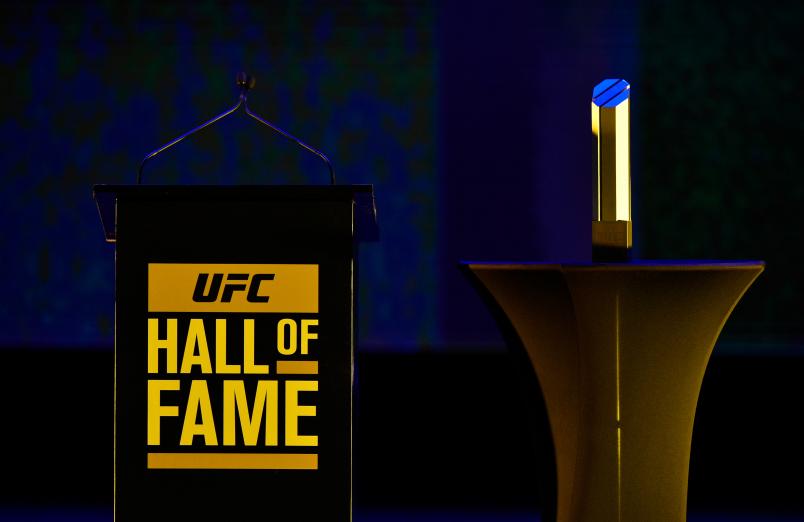 Q: Will there be a physical Hall of Fame?

Discussions continue for a physical UFC Hall of Fame to be inaugurated in the UFC’s hometown of Las Vegas in the future.

Q: Who decides which athletes and contributors get into the Hall of Fame?

Q: Will there be a women’s wing of the UFC Hall of Fame?

No. UFC is one of the few major sports organizations to make no distinction between male and female athletes and will not segregate the Hall of Fame along gender lines, either. In the years to come any female UFC legend will take her place amongst her contemporaries in the Modern wing.

Q: Will there be new Hall of Famers in each of the new categories every year?

Not necessarily. That will be judged on a case by case, year by year basis.