Sometimes the best workout you can do is an easy workout... really! 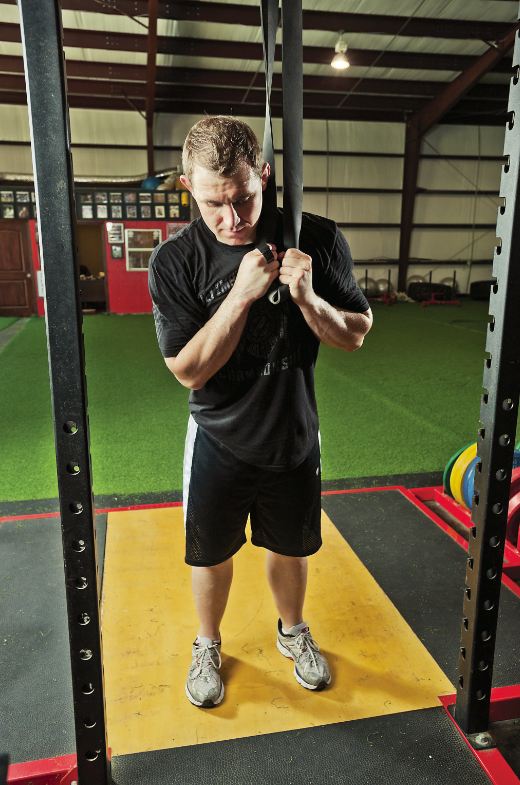 Most full-time fighters aim to step into the Octagon three times a year, maybe even four if they're a workhorse. That means these athletes train nearly year-round. The upside? More paychecks. The down? A busy UFC fighter has almost no off-season, no opportunity to heal his joints, invigorate
his muscles, or rejuvenate his mind. This is where the mini off-season
comes in, otherwise known as the “deload week.”

A deload period is typically a one-week stretch utilized scheduled into a fighter's strength program. It works like this: Every four to six weeks,
the fighter takes a break from pushing heavy weights and lets his
muscles and central nervous system recover, but without falling into
total lethargy. He’ll still perform many of the same exercises, he’ll
simply cut back the weight by 50 to 60 percent.

“When I do a deload week I have a lot of energy," says middleweight contender Alan Belcher, who is set to rematch Yushin Okami at UFC 155 December 29. “Everything is firing a
lot better. I feel a lot stronger. If
you keep on training hard with a ‘more is better’ mentality then you’ll
always plateau.”

Making It Work for You
For the average weightlifter who works out but isn't a professional athlete, a deload
strategy can 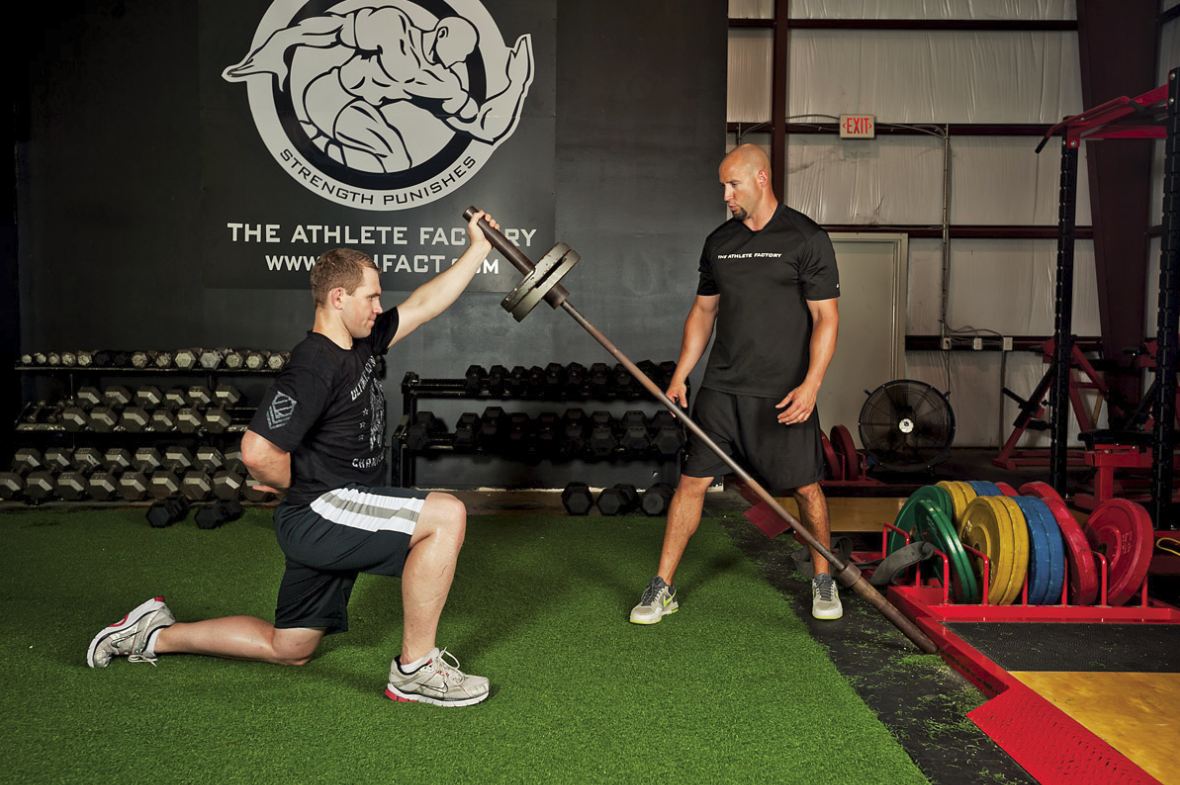 take many forms, says Andy Hennebelle, NASM-CPT,
CSCS, USAW, a strength coach at the UFC Gym in Corona, Calif. Bodyweight exercises can
be substituted for lighter weights, or the deload can be performed on a
smaller scale, such as utilizing one deload day a week.

The key is to
stay ahead of the overtraining curve by purposefully easing off before
your body is forced to take a break.  “The most important part of the deloading strategy is to make sure you don’t plateau,” says Hennebelle.

“The biggest success stories I have seen is when an athlete is coming
off several weeks of big lifts," he adds. "I have seen guys bench 285, 295, 305 but
they can’t hit 315. They go through a deload week and take a break. They don’t feel like they are breaking themselves
down and they have more energy. The next week they go back to the bench
press and they put up 315, no problem."

Deloading is the Difference 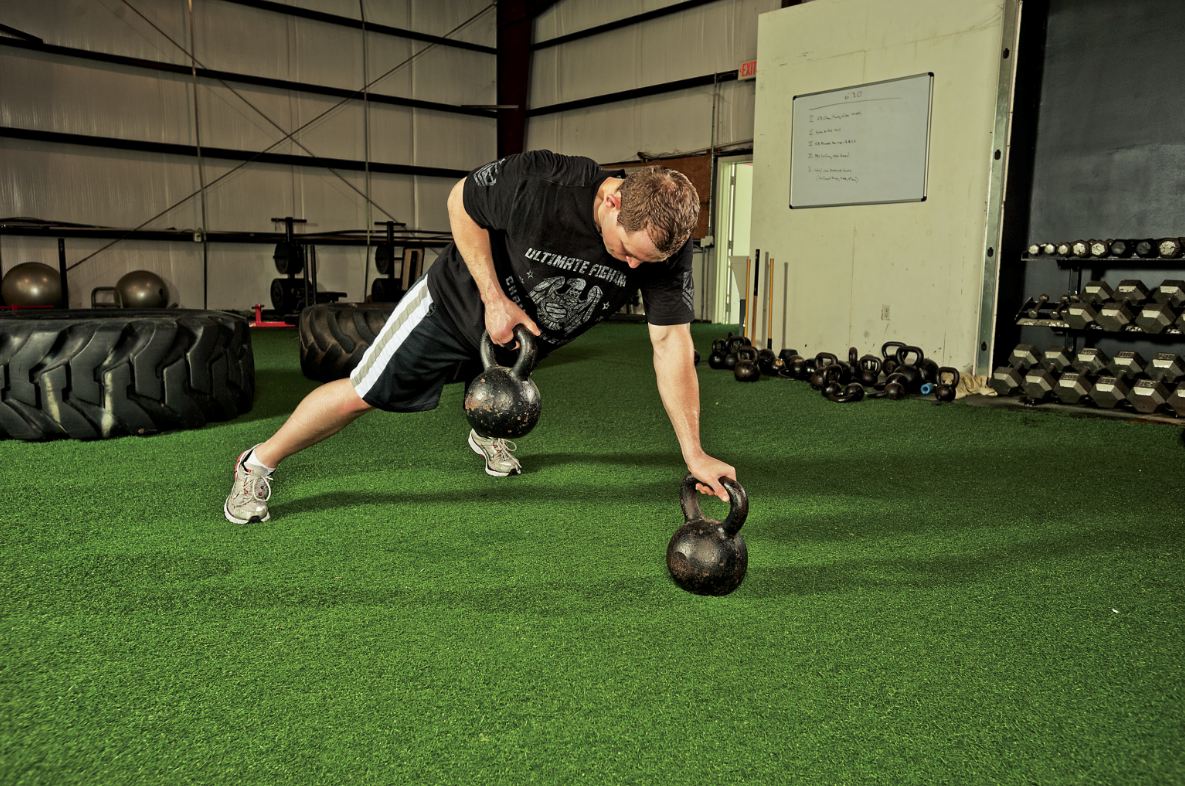 Belcher’s trainer, Lyle Henley, who owns The Athlete Factory in Daphne,
Alabama, has Belcher on a block periodization program. That means this
his training is split into multi-week blocks that focus on individual
athletic assets.

First they build a base of strength, then they work on
power, then speed, and then conditioning. Belcher, who
trains with some of the heaviest weights among the fighters in his
division, will perform a deload week between blocks to reboot his body and mind. It is a
tactic that can pay dividends for any type of athlete or gym-goer, but
works best when the training is specific in terms of the
loads that are lifted.

The fight between Belcher and Okami will be an interesting testimonial to Belcher’s training methods. The Japanese fighter took a decision from Belcher back at UFC 62, back when Belcher was adhering to a helter-skelter regimen that jammed striking, grappling, and strength training into nearly every day of the week. The Mississippi native feels that adopting a smarter, more organized approach to strength training, has helped him constantly improve.

“The only way to take it up a notch is through recovering and then building on that. Then you recover again and build a little higher, and keep on taking it up and up and up,” says Belcher. “I am trying to take it up just a little bit more because I am already at the highest level. Most people consider me a top-five contender. If I can take it up just a teeny bit on my strength or speed, then that will be enough to be a world champion.”