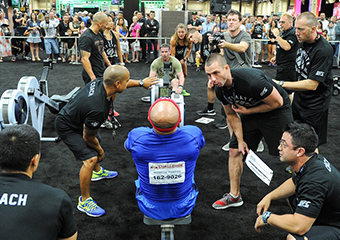 Before Jose Aldo and Conor McGregor battle it out for the UFC featherweight title at UFC 189 on July 11, UFC fans can compete for their own share of glory during UFC International Fight Week's first ever UFC Gym Fitness Challenge in Las Vegas.

$35,000 will be on the line during the two-day, five-event challenge, which will take place on July 10-11 at the Sand Expo Convention Center inside the UFC Fan Expo on 201 Sands Avenue.

Open to athletes 18 and over, the competition will guarantee participation for men and women in each of the first three events. At the end of these events, the top 50 male and top 50 female athletes with the lowest accumulated points will advance to event four. At the end of event four, the top 10 male and top 10 female athletes will advance to event five to compete for a chance to win a portion of $35,000 in cash prizes. 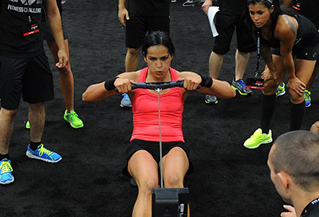 The UFC Gym Fitness Challenge will use several movements which are standard in fitness competitions, including the Pull-Up, Burpee, Box Jump and Pistol. A full list of movement standards can be found at http://www.ufc.com/fitnesschallenge-movementstandards

To register, click here. The $150 entry fee includes two-day admission to the UFC Fan Expo and a fitness goodie bag.