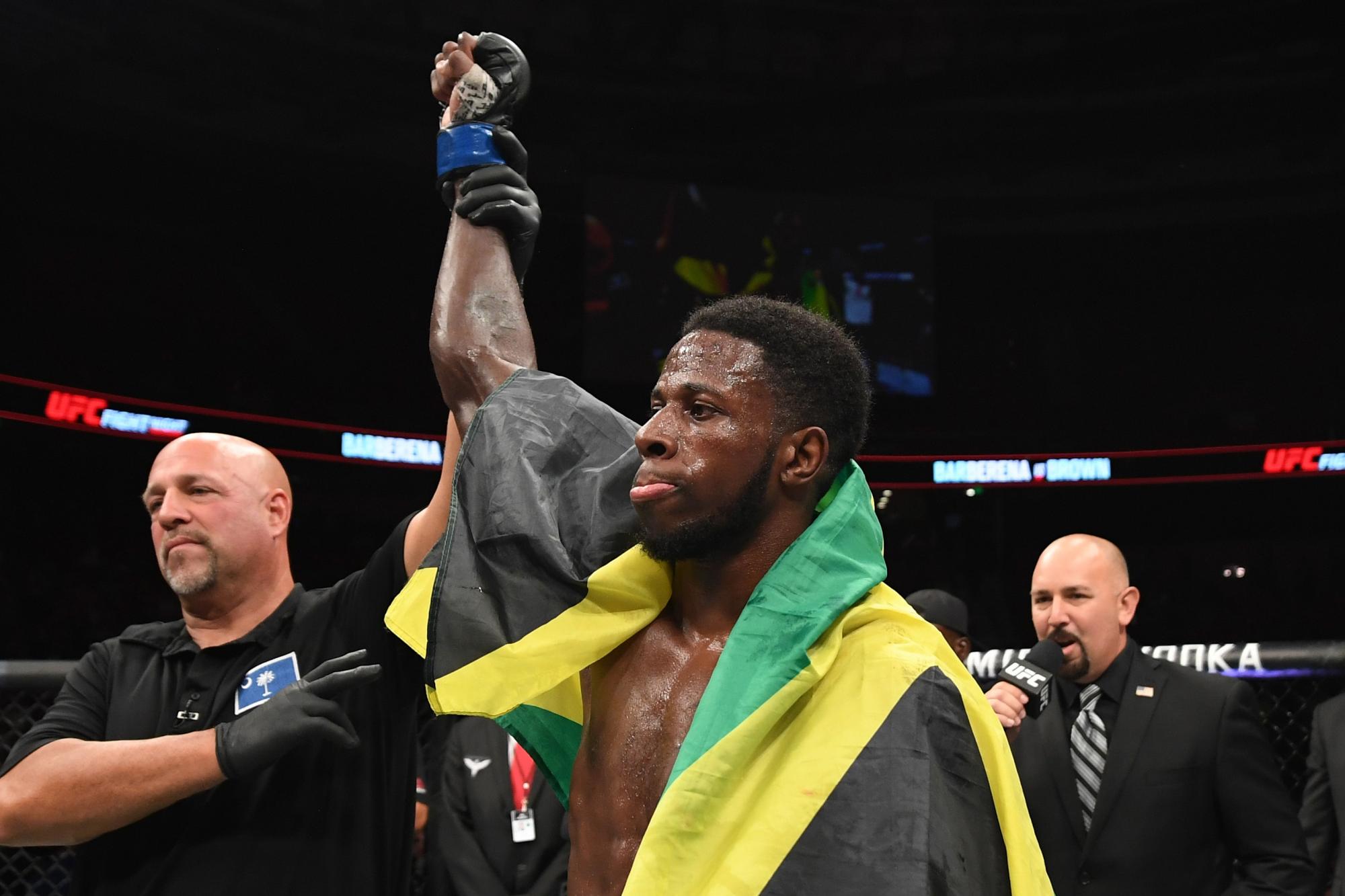 Check out who the big winners were from UFC Greenville
By Thomas Gerbasi • Jun. 24, 2019

Saturday’s UFC Greenville event is in the books, and now that the dust has settled in South Carolina, it’s time to go to the scorecard to see who the big winners were at Bon Secours Wellness Arena.

1 – Chan Sung Jung
Zombie. At this point, that’s all you need to say to an MMA fan and they’ll just nod in agreement. And once again, Mr. Jung delivered the excitement, this time with a 58-second knockout of Renato Moicano. It was a major statement, because while “The Korean Zombie” has always delivered memorable performances, he needed to get a win over a top five contender like Moicano to prove that he’s not just an action fighter, but a title threat. Would you mind seeing him against Max Holloway, Frankie Edgar or Alexander Volkanovski? I know I would.

2 – Randy Brown
This is the Randy Brown those of us on the east coast were waiting for. Yes, the New Yorker has shown glimpses of his potential over the course of his first seven UFC bouts, but on Saturday, “Rudeboy” put it all together with a third-round TKO of the always tough Bryan Barberena. Now with that out of the way, it’s time for Brown to move forward and start chasing down the top 15 of the welterweight division.

3 – Andrea Lee
There really is no logical explanation why Andrea Lee is 3-0 in the UFC right now. Yes, she’s an ultra-talented fighter, but after a tumultuous year outside the Octagon, how could that not affect her on fight night? But she’s pulled it off, keeping her focus as she scored 2019 victories over Ashlee Evans-Smith and Montana De La Rosa. And while it may be slightly early to start this kind of talk, maybe by the end of the year, she’ll be knocking on the door of a flyweight title shot.

4 – Dan Ige
Saturday night’s card was stacked with outstanding performances, and it was tough coming up with just five winners for this list. Deron Winn and Eric Spicely went to war for 15 minutes, Andre Ewell and Luis Pena delivered impressive efforts, and how can you not love “Meatball” Molly McCann? But maybe the most low-key member of Saturday’s card – Dan Ige – made the loudest noise with his hard-fought win over Kevin Aguilar. Ige lost his UFC debut to Julio Arce in early 2018, but since then, he’s pounded out four wins in a row, and he continues to be a must-see in a stacked division. More Dynamite Dan, I say.

5 – Jairzinho Rozenstruik
We didn’t get to see a lot of Jairzinho Rozenstruik, but in his nine-second destruction of Allen Crowder, he continued to up his status in a heavyweight division that can always use exciting new blood. And with back-to-back knockout wins, the Suriname native certainly fits that description. Is it too much to put him with a top 15 heavyweight the next time out? Certainly not.