UFC on FUEL TV 10 Fantasy Preview Part I - The Prelims 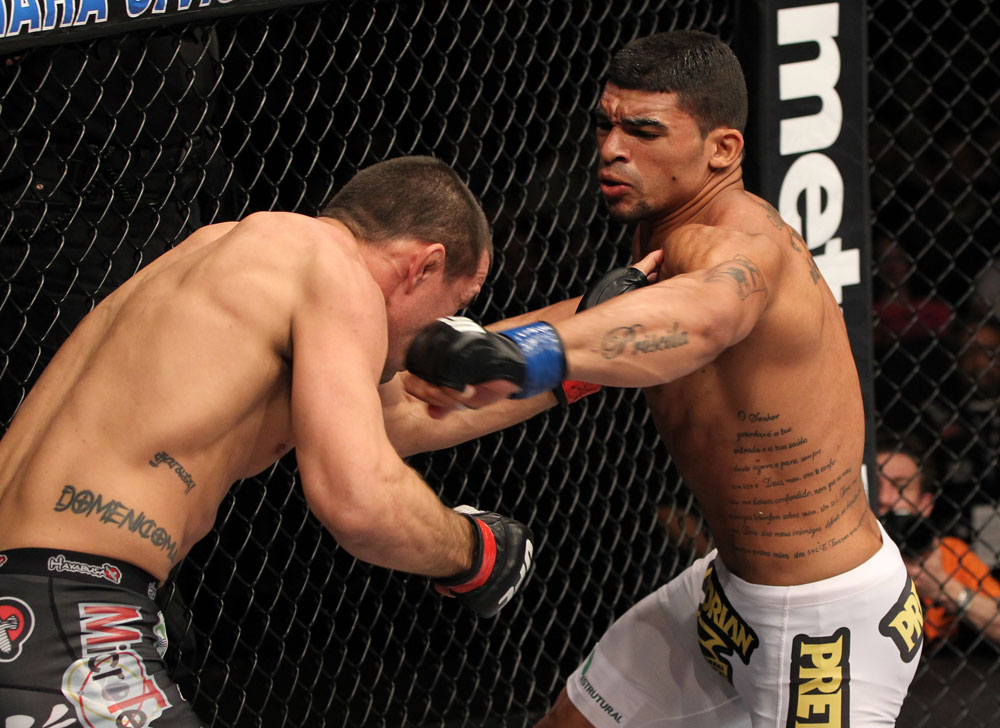 One of the best parts of the international UFC events is the collection of young up and comers that are featured on the preliminary cards, and there is a stellar list of those on this weekend's UFC on FUEL TV 10 show in Brazil.

In addition to young talent, some serious contenders will also be in action, with names like Raphael Assuncao highlighting that incredible list, as well as some fighters hoping to bounce back or make a mark with their appearance on this card.

Today's UFC Pick ‘Em fantasy preview focuses on the preliminary card for UFC on FUEL TV 10, and as happened many times with past events, these fights really do make the difference when the scoring for the night is over.

1)    While on paper the experience level for Raphael Assuncao and Vaughan Lee appears to be similar, these two are actually oceans apart. Assuncao literally grew up in the sport of MMA, facing some of the best fighters in the world. By his fifth professional fight he was taking on lightweights like Jorge Masvidal, and then two fights later he was defeating future UFC stars like Joe Lauzon. Now fighting at 135 pounds, Assuncao has not only rejuvenated his career - he's a name to keep an eye on for title contention this year. Combining a wealth of ground experience with his striking prowess makes Assuncao well-rounded and dangerous everywhere. His striking defense is an amazing 72-percent as well, and that means when he's hitting, his opponents aren't hitting him back. He's also got an incredible 81-percent takedown defense, so he'll likely control where this fight takes place. In this one, Assuncao will probably keep things standing to keep Lee off balance, and run the score up on him by the end of 15 minutes of action.

2)    Ronny Markes is a massive middleweight with tremendous takedown defense, and that could spell trouble for Derek Brunson. Markes is undefeated in his UFC career, and thus far has been flawless whenever any opponent tries to take him to the mat. As a matter of fact, in his three fight UFC career, Markes has 100-percent takedown accuracy. Meanwhile, Brunson is a wrestler who loves to explode and take his opponents down. His first fight was not the best he's ever looked, but Brunson took that fight against Chris Leben on less than two weeks’ notice and still managed to get the win. This time around however, Brunson faces a beast of a man in Markes, who can stuff takedowns and return fire with deadly power. With 68-percent accuracy on the feet as well, Markes lands early and lands often. His best offense early might be keeping Brunson away from his legs in the clinch, but as the time ticks away look for the Brazilian to take over with size, cardio and takedown defense.

3)    Ildemar Alcantara will make his second appearance in the UFC on Saturday - two weight classes below where he made his debut less than six months ago. As crazy as that sounds it's true. Alcantara debuted as a light heavyweight, where he submitted Wagner Prado back in January, but now drops to 170 pounds for his second fight against debuting prospect Leandro Silva. Alcantara is a fun fighter to watch because he really can come at an opponent from anywhere and usually does. He's going to have a huge size advantage over Silva, who is a former lightweight. Silva is undefeated, so he's not someone to take lightly, but Alcantara is a great prospect to keep an eye on with this card. This is also a tight matchup, so picking correctly yields an extra +120 points.

4)    He may be the first fight of the night, but remember the name Antonio Braga Neto. The Brazilian rookie is an 11-time IBJJF Brazilian Jiu-Jitsu champion with a long list of other grappling accolades to his credit. Neto is slick on the ground and can finish from anywhere, with any limb an opponent gives him being the one he attempts to grab and bend in a way it's not supposed to bend. The best part about Neto's ground game is his aggressiveness, and the way he's willing to go for the finish. Neto has also faced some very stiff competition during his career leading up to his UFC debut, and he has wins over veterans like Brock Larson and Maiquel Falcao. Neto will look to take his opponent Anthony Smith down and lock up a submission the first chance he gets. Chances are this fight won't go the distance, especially if Smith gives Neto even the slightest chance of wrapping this one up on the ground.