Ngannou Laying A Foundation For His People

Find Out More About The Francis Ngannou Foundation
By Gavin Porter • Jun. 26, 2019

The Francis Ngannou Foundation empowers children in Cameroon to chase their dreams through access to professional training, gyms and facilities, and it can currently support up to 100 children, supplying them with training equipment, clothes and more.

Growing up, Ngannou always hoped that someone would come back to his village of Batié and provide him with the resources to work toward his dreams of becoming a mixed martial artist. That person never came, and now that Ngannou has reached the point in his life where he can help his people, he’s doing just that.

“The goal is to have them believe in themselves and to chase their dream. It doesn’t matter what it is,” Ngannou said. “I’m seeing myself when I was there [in Cameroon], how powerful my dream was and I’m like, ‘Okay, if there are only like three or four kids in all this village who have the same dream and it’s as powerful as mine was, it’s worth it.’ ”

While fighting in the Octagon is what Ngannou is best known for, he believes his true impact will be changing the lives of the people he relates to most. And for that reason he spends as much time as he can in Cameroon, even though making time to travel there can be difficult for a fighter as busy and as notable as Ngannou.

On Saturday, “The Predator” will take on former UFC champion Junior Dos Santos in the main event of UFC Minneapolis. Regardless of the outcome of that pivotal showdown, Ngannou can’t wait to return to his homeland.

“There is something that is special inside when I go there. If you notice, as soon as I have time I just go back to Cameroon,” Ngannou said. “And when I go there I’m around all these kids and all these people and I’m seeing myself in them. I’m not Francis Ngannou, I’m not a UFC fighter, and I’m not ‘The Predator.’ I am just the Francis Ngannou that was born and raised there and I’m seeing myself in them.”

That hindsight is something that has allowed Ngannou to develop into the person that he is today. He remembers his deep passion for combat sports and the time when his dream to become one of the best in the world was just in its infancy. 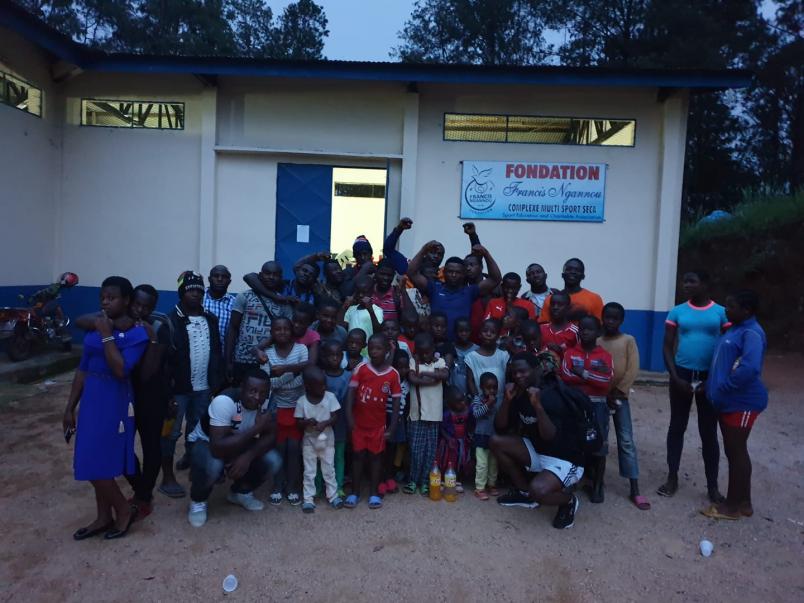 Ngannou knows that the first thing that he has to change is the perception of sport and the prioritization of participating in something like MMA over finding food or shelter. He wants to make it clear that sports can improve the quality of life for children and may also serve as a potential career.

“We want to change this kind of mindset basically for kids,” Ngannou said. “Just let them know that it’s possible. We are trying to do that through the sport, to empower them through the sport. But that doesn’t mean it’s just sport things. We are going to try to follow kids and help them in different ways. It doesn’t matter what you want to do.”

Giving the children of Cameroon the opportunity to pursue their dreams brings peace to Ngannou.

“It’s kind of a thing where I grew up expecting somebody to come back and do that for us,” Ngannou said. “I want these kids to know that people care about them and that they count. That’s the main goal.” 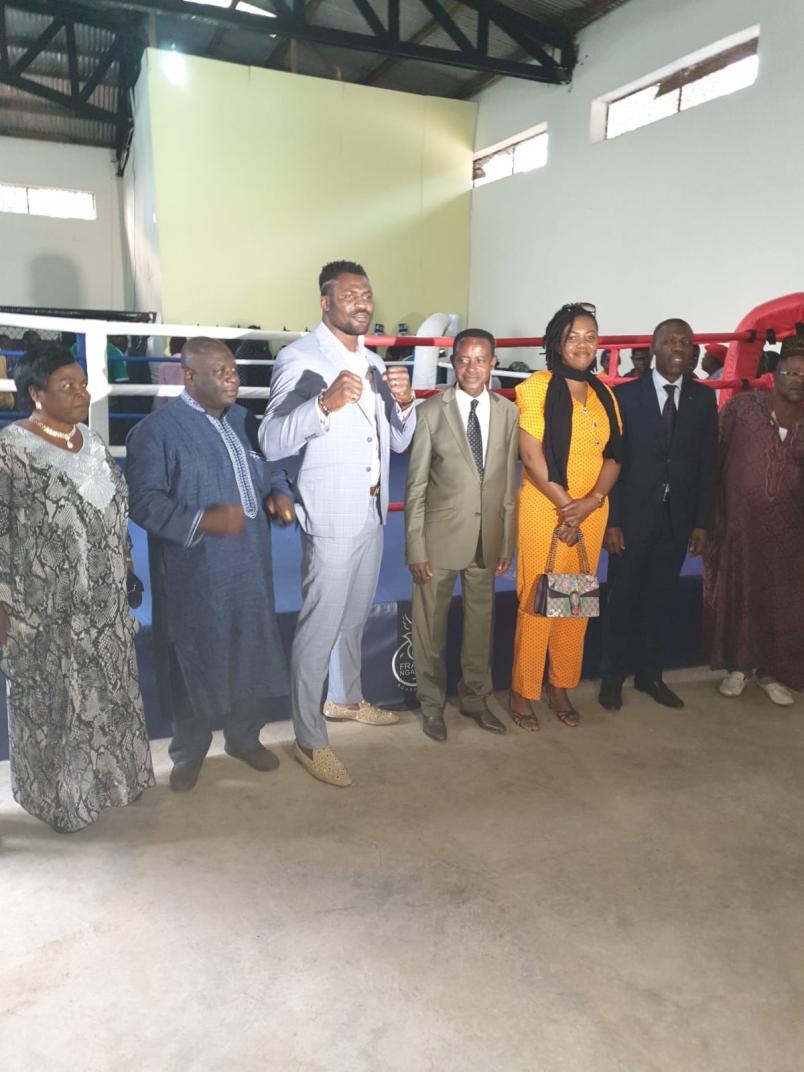 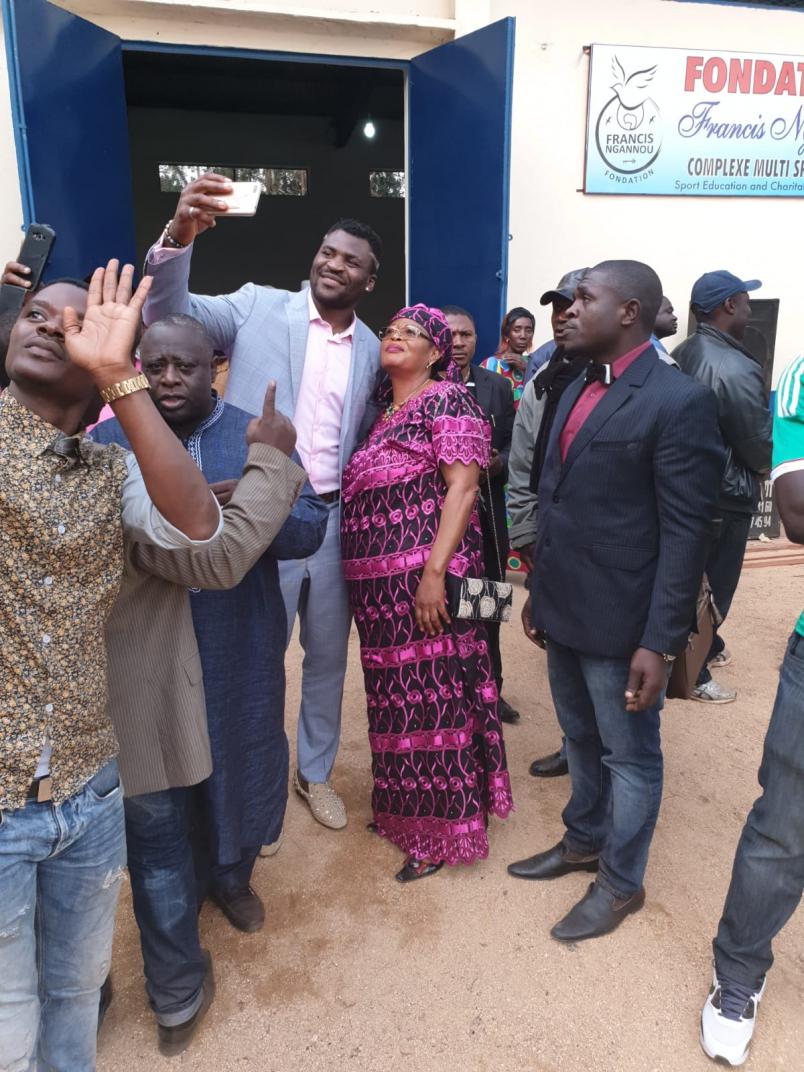 Ngannou radiates positive energy and leads the children in his village by example, in the Octagon and outside of it. Rather than going into the city or going to clubs, he plays, eats and spends quality time outside of the gym’s wall with them.

After his fight in Minneapolis, Ngannou hopes to continue adding to the facilities in Batié by shipping over school supplies, shoes, more heavy bags and an Octagon. He even has ambitions to open up more gyms around Cameroon.

Traveling the world and competing at the top of UFC’s heavyweight division has made Ngannou one of the baddest men on the planet. But he definitely hasn’t forgotten where he came from.

“This is where I belong,” Ngannou said. “This is what made me who I am.”

If you’re interested in contributing to The Francis Ngannou Foundation please visit the foundation’s website: https://www.francisngannoufoundation.org/. The foundation accepts both monetary donations, as well as material items such as clothes, sports equipment and more. Ngannou specifically mentioned that the foundation is in need of backpacks, notebooks, writing utensils and other school supplies.

Watch Ngannou in the main event of UFC Minneapolis this Saturday on ESPN at 9pm/6pm ETPT.