The timing is perfect. With the UFC returning to Brazil next weekend and the promotion’s new world championship belt containing flags of the nations that have been represented by UFC titleholders, there’s no better time than now to flash back to the first fighter to win a title for the spiritual home of mixed martial arts.

You wouldn’t know it by talking to the soft-spoken gentleman from Rio de Janeiro, but Murilo Bustamante was one of the most feared groundfighters on the planet during his heyday, a period that saw him briefly reign over the UFC middleweight division before leaving for Japan’s PRIDE organization.

A sixth-degree black belt in jiu-jitsu who earned his belt from Carlson Gracie, Bustamante used his ground skills in professional combat as early as 1991 in his native Brazil. But it was in 1996 that his mixed martial arts career truly kicked into gear. Unbeaten in his first six pro fights, including victories over Joe Charles, Chris Haseman, and Jerry Bohlander, Bustamante made his UFC debut at UFC 25, submitting Yoji Anjo in the second round. 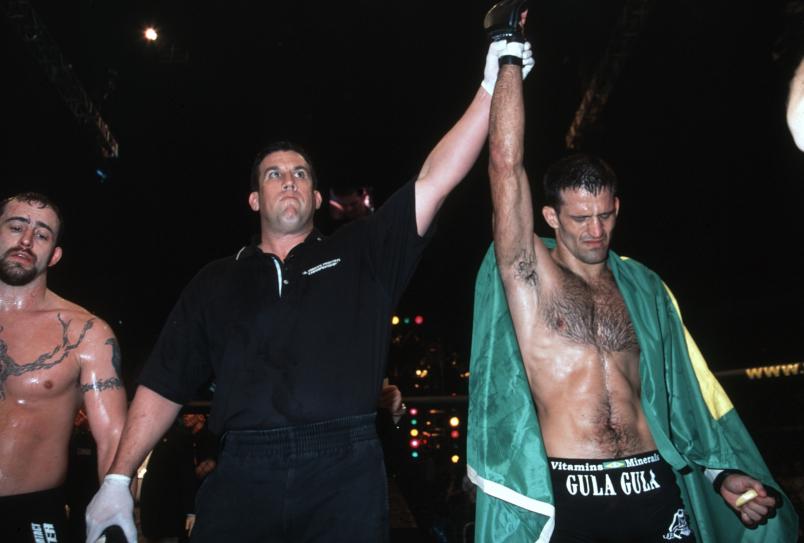 Two fights later, Bustamante was back, but he lost a close decision to Chuck Liddell at UFC 33. Bustamante wouldn’t have to wait long to wear a championship belt, though, as his next fight, at UFC 35 on January 11, 2002, saw him win the UFC middleweight title with a second round TKO of Dave Menne, in the process becoming the first Brazilian to wear UFC gold.

The Brazilian grappling king didn’t wait long to defend his title, and four months later he took on Matt Lindland at UFC 37 in May of 2002. What resulted was one of the most bizarre fights in organization history, as Bustamante appeared to submit Lindland with an armbar in the first round, only to have the challenger protest, leading referee John McCarthy to restart the fight. Bustamante did finish the fight for good in round three, this time with a guillotine choke.

Following the fight, Bustamante and the UFC were at an impasse when it came to contract negotiations, and the Brazilian vacated the title and would never fight in the Octagon again.

Bustamante would go on to compile mixed results in PRIDE, with defeats to Dan Henderson (twice) and Quinton “Rampage” Jackson getting more ink than his wins over Ikuhisa Minowa, Ryuta Sakurai, and Dong Sik Yoon. 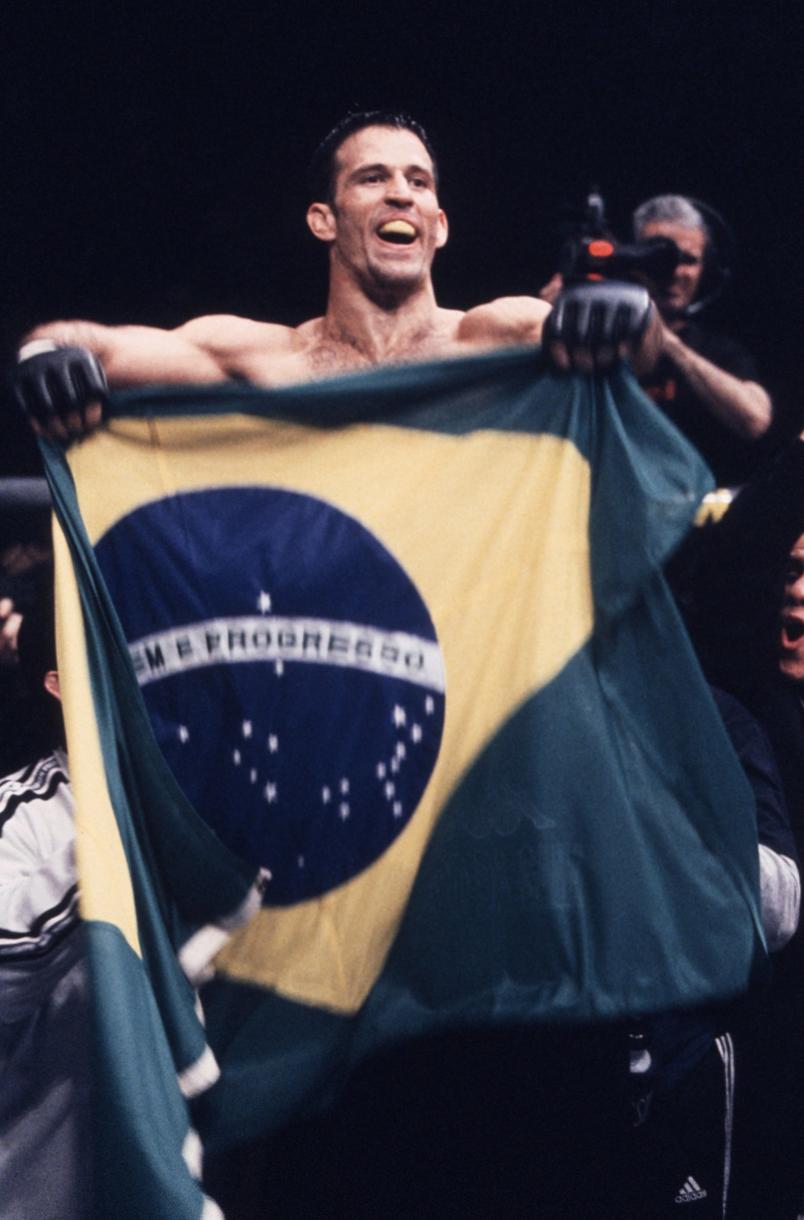 A 2007 loss to Makoto Takimoto appeared to be his final pro fight, but Bustamate returned for two more bouts, losing to Jesse Taylor in 2010 before repeating his victory over Menne in 2012, ten years after his greatest victory.

The Brazilian Top Team co-founder kept a connection to the UFC thanks to his work with former middleweight contender Rousimar Palhares, and at 52 he remains active on the mats and on the waves as an avid surfer.

Bustamante vs Ryuta Sakurai I