Whether it's in the gym or on the job, using a fighter's tips for staying focused will improve your chance of success. 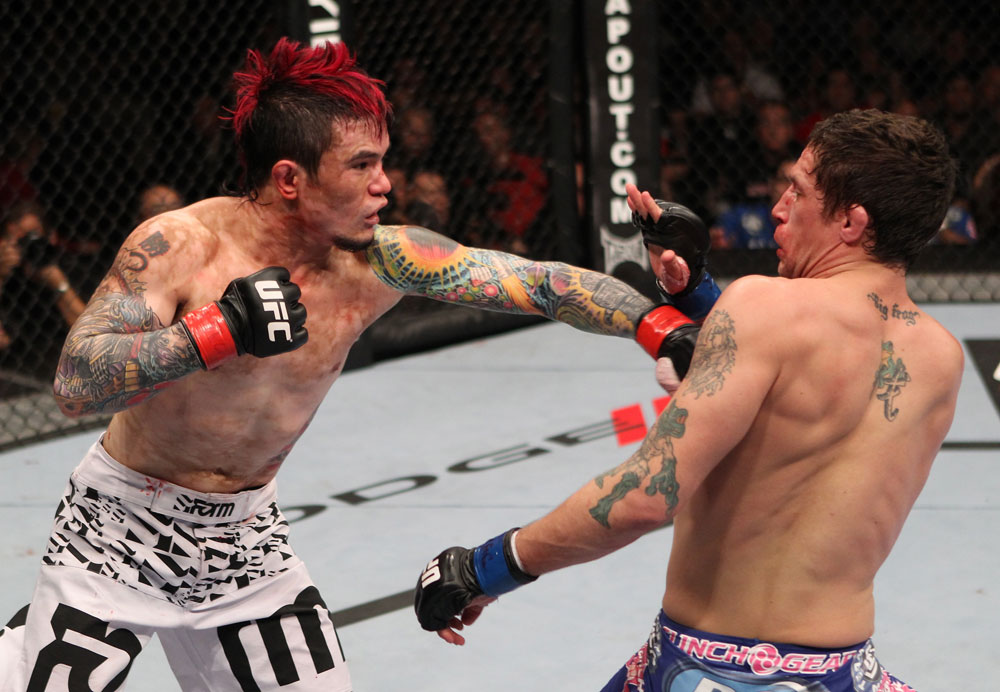 When UFC bantamweight Scott “Young Guns” Jorgensen (14-6-0) takes on Urijah “California Kid” Faber (26-6-0) at The Ultimate Fighter 17 Finale on April 13, he won’t see his friend or former training partner standing across the Octagon; he’ll see a roadblock standing in the way of his goal to capture the UFC bantamweight title.

Jorgensen credits his parents’ positive influence as well as the
dedication he learned as a three-time Pac-10 wrestling champion at Boise
State with developing the mental toughness to compliment his elevated
physical and technical prowess.

Letting emotions cloud focus can cause missteps in training that carry over when it’s time to fight.  Below you’ll find tips from Jorgensen that helped him — and can also
help you — stay on point mentally in the face of a challenge.

#1 Keep Your Eye on the Prize 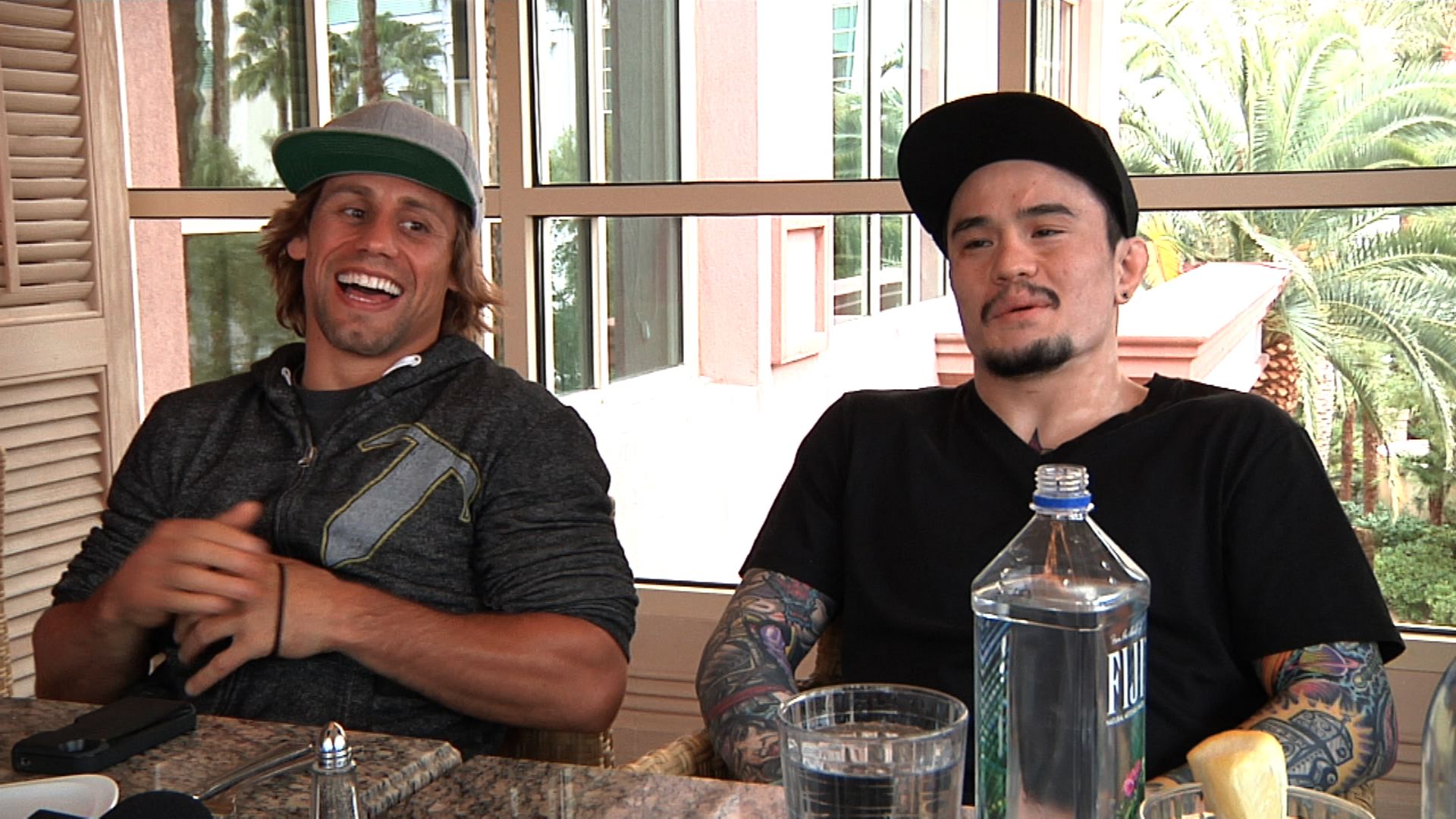 Putting aside a friendship for 25 minutes of war is just one example of using mental focus to get through something difficult.  “Urijah and I both knew this day was coming, and we’re not going to let
friendship get in the way,” Jorgensen says.
“Afterwards, we’ll pick up where we left off.”

“Fighters have such a good ability to turn the switch on and off,”
says Andy Hennebelle, NASM-CPT, CSCS, USAW, a strength coach at the UFC
Gym in Corona, Calif. “Those fighters who can drown out the outside
environment and prevent themselves from being bombarded by variables are
typically the fighters who are more successful.”

The same is true for you in your goals. So recite your bigger goal to yourself every day and whenever something seems tough. Suddenly, turning down a fatty snack or powering through a grueling workout will feel like a milestone instead of an impossibility.

#2. Set Realistic Goals
Whether you want to score your first win on the amateur circuit or capture your first UFC title, give yourself multiple goals to shoot for. “I set goals in increments,” Jorgensen explains. “For reference, let’s start with a five-year goal as our final goal. Then there’s also a different set of four-, three-, two-, and one-year goals that all serve as steps toward that final five-year goal.”

#3. Be Prepared for Opportunity

Jorgensen took the Faber fight at The Ultimate Fighter 17 Finale on short notice after the scheduled main event between Demetrious Johnson and John Moraga got scrapped due to injury. By already being in shape, he was able to focus on the opportunity that presented itself instead of being distracted by harping on lost prep time. “I’m a couple good wins away from a title shot, so I’ll take any fight I can get. A fighter only has so long to compete, so short notice isn’t too bad, especially if you’re already in shape.”

#4. Find An Escape
Every fighter can train to be a step quicke, or build more stamina, or throw a harder punch. But Jorgensen doesn’t allow himself to obsess over areas of improvement during his off-time; the time to do that is reserved for practice. “The more I dwell on something, the more stress builds,” Jorgensen admits. “For me, training is training. That’s when it’s time to think about a game plan; when practice ends, I want to go home and focus on me to make sure that I’m happy and mentally ready. Another outlet for me is my son. I’m often bouncing from my practice to one of his practices and right back to another one of my practices. That might sound chaotic, but it breaks my train of thought so I’m not constantly thinking about fighting.” 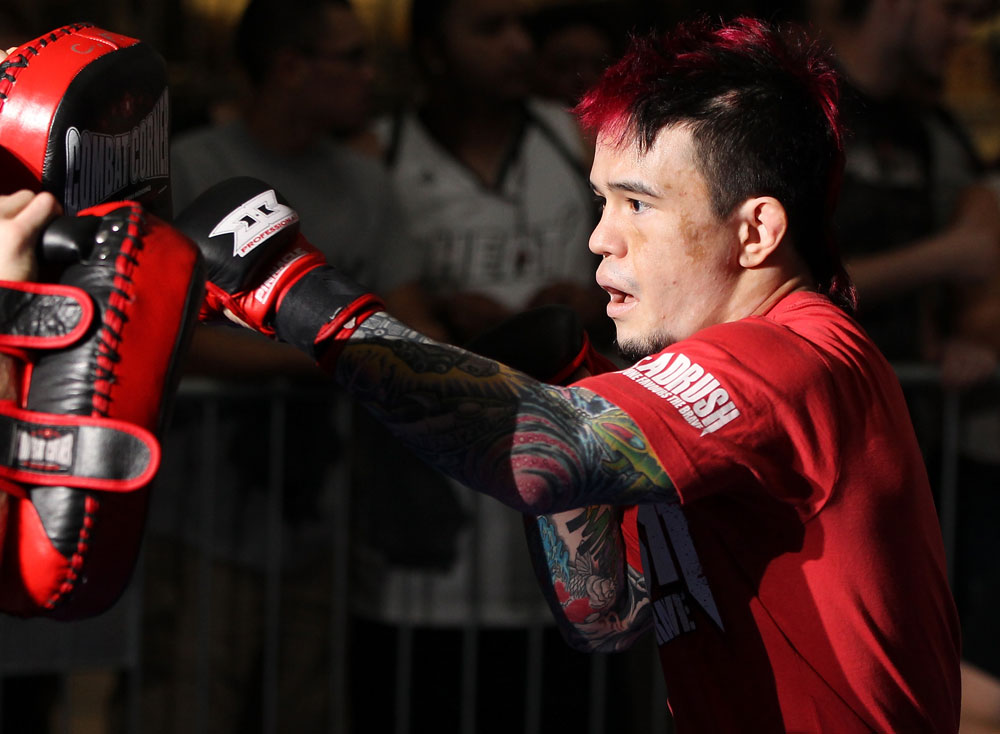 “I think I went the first two months wrestling in college without
scoring a takedown,” Jorgensen says -- and look how his grappling career turned out. “Nobody was babied; I built a strong mental attitude. It was the school of hard knocks. Ihave never looked for an easy way.”

You’re going to have off days. But it’s how you rebound that determines whether you’ll excel or expire. “When sh*t gets tough, I get tougher,” he reveals. “Just because you had a bad day doesn’t mean it’s the end of the world; refocus and come back ready to succeed. When you get to the UFC, it’s sink or swim. There is no easy day because we all want to be champion. Nobody just wants to be a fighter.”

#6. Be Prepared To Put In Overtime
While obsessing over training flaws can be detrimental, putting in extra effort isn’t. “When I was coaching wresting camps I told kids, ‘If you want to be the best, put in extra.’ Just because practice ends doesn’t mean you have to go home. You can hit a couple extra sprints, pull-ups, or drills for another half hour. That extra time puts you above the competition.”