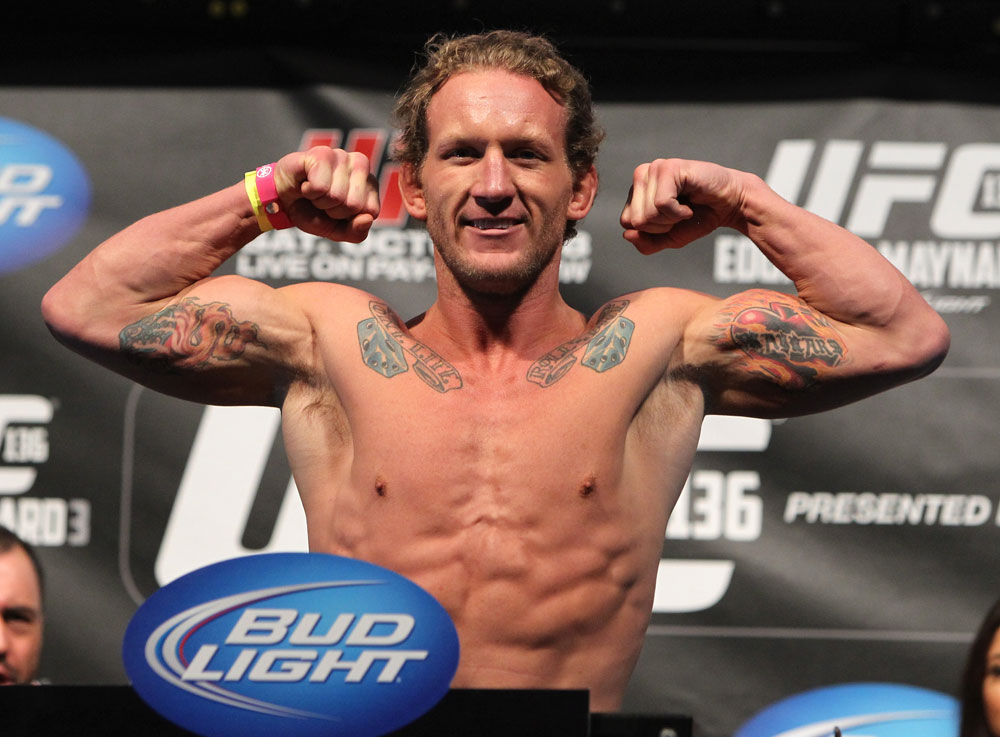 You’ve been successful throughout your life in athletics. Why was this the right time to try something new with Mike Dolce?
Losing weight is never easy, and this is the first time I had a coach in that aspect. One of the most important parts of the sport is being able to lose weight and to keep your energy up. It paid off.

What was it about Mike and his program that made sense for you?
There were a lot of athletes working with him. I took what they told me, and he knew his stuff a lot more than I did. The more we talked, the more I learned, and the better I was each day in training. I felt good, and I had a lot of energy.

UFC FIT is a 12-week program. What would you say to those using it when they hit a wall or get frustrated?
Keep the outcome and your goals in mind. Don’t just see the end goal but the smaller goals from day-to-day and week-to-week. Know how good it is to hit those and how much better it will be to hit that end goal.

Everyone looks at pro athletes as though you’re Superman. Is it safe to say that you have struggles as well?
Every day I do. But again, it comes back to your goals. If it were easy, everyone would do it. But, it makes you feel a little bit differently if you’re on a plan and working toward goals. Once you start doing that, it just becomes a habit.

Maynard's interview appears in the manual for UFC FIT, a lifestyle program based on the same methods the world’s greatest athletes use to prepare for the Octagon. Click here to learn more or order. 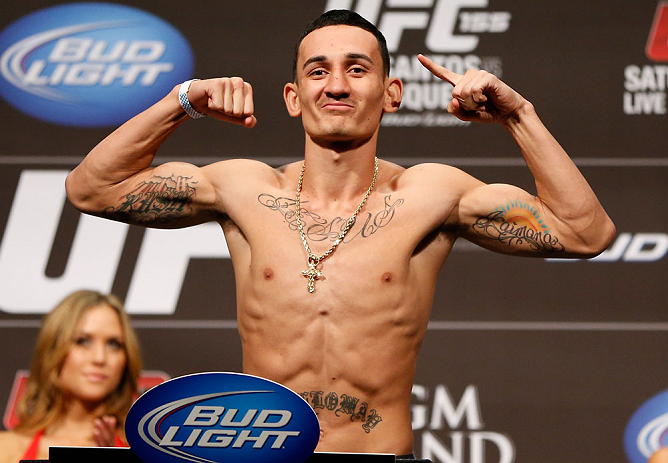 As a 5'11" featherweight, rising star Max Holloway gives himself about eight weeks to get down to his target weight. Here, he tells UFC 360 how he does it.

Off-season eating habits: "A typical day for me is eating a lot of fruit in the morning. Then after I get a training in, I'll drink a protein shake and eat a lunch of chicken and pasta. At night, I'll eat either another bowl of fruit or a chicken salad. I also drink around two gallons of water a day to help me feel full and stay fully hydrated."

Toughest foods to give up: "I don't go on a strict vegetarian diet, but I pull back on French fries and a lot of meat, which is difficult because we Hawaiians love our meat. But I'll stop eating it about four weeks away from a fight, especially on the last week prior to the fight, because having it really slows me down."

His secret weapon: "I always eat fruits and greens because it's all water weight. Fruit is my lifesaver, and I can eat two to three pounds of it and never feel that heavy. It fills me up so I'm never that hungry, plus I sweat out whatever water weight I put on from it."

Post-fight eating habits: "I don't count calories. Instead, I just eat whatever I feel my body needs."

Holloway's interview originally appeared in UFC 360, the official magazine of the Ultimate Fighting Championship. Click here to subscribe to the print or digital editions.