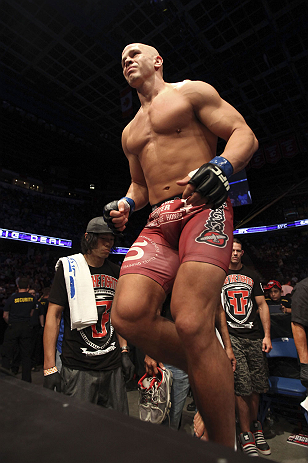 Off-season eating habits: “I’ll start making healthier choices for the first two or three weeks. After that, I start keeping track of how many cheat meals I’m eating each week and lowering that number—from seven to five to three and so on.

"Then about six weeks before a fight, I start to count calories and create a lot of little paradigm shifts in my diet, which includes gradually reducing how many calories I’m eating. In that final week, I’ll only eat between 1,500 to 2,000 a day, depending
on what my energy needs are each day.”

Post-fight eating habits: “When I’m three or four months from a fight, I usually put on a few pounds and might weigh around 235 on average, but I’ve been as heavy as 247 pounds.”

Toughest foods to give up: “I go through all these phases where I may like pizza for a while or ice cream, but McDonald’s Sausage McMuffin is a constant when I want to eat something bad. There have been times where I’ve been up at 2:00 in the morning and thought to myself, ‘If I stay up for three more hours, I can get there when they open at five.’ I swear, I’m that bad with them.” 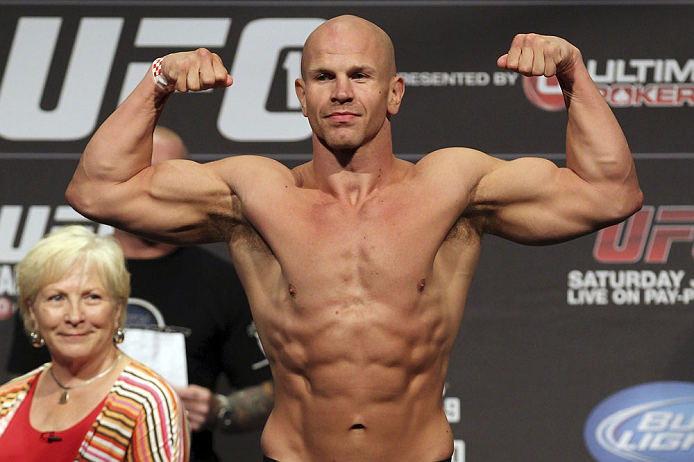 His secret weapon: “I have to eat almost like a bodybuilder, although I tend to eat a few more carbs. But I tend to look at everything I eat as a source of something—protein, carbs, fats, etc. So instead of choosing something to eat because I’m in the mood for a particular food, I’ll pick most of what I eat based on how much energy they give me, how they may help burn fat, or how they may build muscle.”

This article originally appeared in UFC 360, the official magazine of the Ultimate Fighting Championship. Click here to subscribe to the print or digital editions.