Get in shape using the same principles that UFC fighters like Johny Hendricks rely on -- UFC FIT can make it happen. 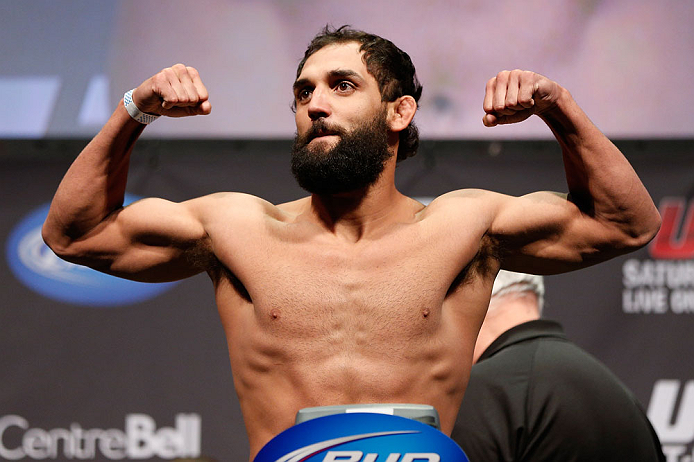 As a wrestler with two NCAA Division I titles under his belt, Johny Hendricks had been cutting weight for much of his life. It was a miserable process, but it was par for the course, even as a UFC welterweight contender.

Then he ran into Mike Dolce, a former fighter, member of The Ultimate Fighter season seven cast, and a man rapidly gaining a reputation as a nutritionist and conditioning coach for some of mixed martial arts’ top athletes.

It was fight week in Philadelphia for UFC 133 in August of 2011. Hendricks was going to battle Mike Pierce, while Dolce’s client, former UFC light heavyweight champion Vitor Belfort, was facing Yoshihiro Akiyama. As both Hendricks and Belfort arrived in town on Tuesday, they checked their weight at the hotel. 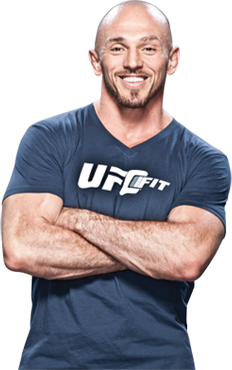 “I usually start cutting weight three weeks before my fight,” recalled Hendricks. “So I show up in Philly to fight Mike Pierce on the Tuesday before and I’m 12 (pounds) over. I’m like ‘that’s not that bad.’ It’s gonna be a tough week, but I can make it. Then (Vitor) Belfort goes up on the scale, and he’s 25 over. And Dolce’s like ‘good job. This is gonna be easy.’ I looked at my coach and said ‘I would pass out.’ I couldn’t imagine how scared I’d be.”

Friday’s weigh-in arrived, and both fighters made weight, but with a difference.

“Sure enough, he (Belfort) made weight and he looked like he had more energy than I did. We’re like ‘wow, that was amazing,” said Hendricks, who wound up getting in touch with Dolce in preparation for his next fight against Jon Fitch.

“So for the Jon Fitch fight, I was five weeks out and I was having trouble getting below 205. I said ‘remember that guy Dolce? Do you think we can get him?’ We called him, he said he could help us out, and he flies us in and puts me on this diet. The next thing I know, it’s three weeks later and I’m at 195. This was bad. But I trusted Dolce. Every day I’m calling him and freaking out, and he would reassure me. I ended up getting out to Las Vegas for the fight and I was 190. But the next thing I know, it’s the day of weigh ins and I’m eight over. We got that off me in around two hours and 15 minutes, I make the weight, and I feel awesome. From then on, I was a firm believer in Mike Dolce.”

Oh yeah, Hendricks knocked Fitch out in 12 seconds at UFC 141, and after three more wins with Dolce in his corner, the “Bigg Rigg” is the number-one contender for Georges St-Pierre’s UFC welterweight title.

Will It Work For You? 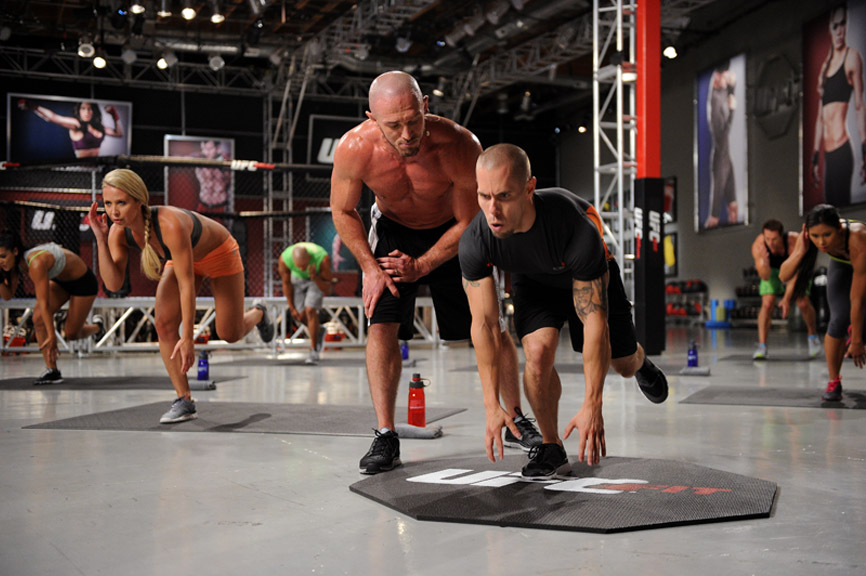 Of course, when talking about any fitness or nutrition product, you must put the disclaimer “results may vary,” but when it comes to Dolce, his work with Hendricks, Belfort, Chael Sonnen, Thiago Alves, Gray Maynard, and so many other top-level fighters speaks volumes, making him the natural choice to develop the UFC FIT program, which begins shipping on May 15.

In UFC FIT, those that use it will not be receiving an exercise or diet program, but a lifestyle program. Yes, you will exercise, and yes, you will be given recipes, diet plans, and tips for healthy eating, but you will also learn that losing weight and being healthy isn’t something that is achieved in 12 weeks and forgotten about. It has to become a way of life, with exercise and proper diet going hand in hand.

“I believe that people should live the same way year-round,” said Dolce. “In training, you can train to gain muscle or train to lose body fat, and my philosophy is that the diet really shouldn’t change that much. You’re taking the proper nutrients in the right quantity at the right times of day, and the training stimulus is going to force the adaptations that we want. So the meal plan and the recipes, they fit the training system very well.”

Containing 12 workout DVDs, a 12-week Workout Tracker, a 132-page Lifestyle & Nutrition Manual, and the weight loss jump starter 3-Day Shred, UFC FIT gets users started on the next chapter of their life immediately. 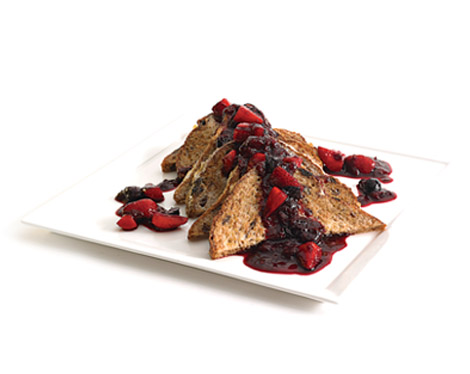 Creating permanent change is something Dolce knows plenty about, having gone from 280 pounds to the weight he was when he was competing as a mixed martial artist, 170 pounds. Currently clocking in at 195 pounds with five percent body fat, Dolce knows losing weight and changing old habits isn’t easy, but when you push through and see and feel the results, there is no better feeling.

“I developed habits through practice and experience and through discipline in the beginning,” he said. “But now it’s just a way of life. If I see a candy bar, it physically makes me sick because I understand how terrible I will feel afterwards. I eat so clean, and so well – I’m an east coast Italian, so I eat a lot (Laughs) - and people are amazed at how much I eat. I’m eating French Toast, pastas, fried chicken, but I just found ways to do it in a healthy matter.”

Dolce’s recipes are included in the UFC FIT manual, and you will be amazed at what you can eat in the process. Perhaps more importantly, as you study the program, you will see that it’s designed to not be something that requires hours a day or tons of expensive equipment to implement.

As Real As It Gets

“I’m not gonna waste your time,” said Dolce. “I’m gonna make your time extremely effective. And that’s it. With the least amount of time you’re going to get the maximum amount of benefit so you can go out and live your life and enjoy your life. So no excuses.”

If it works for Hendricks, Belfort, Sonnen, and several more world-class athletes, it’s worth a try for those looking to lose weight, get healthy, and live a longer life. As for Dolce, UFC FIT represents more than just another exercise and diet program. The way he sees it, this is the MMA version of getting fit.

“I see myself as a student, and I think it’s very appropriate that I’m involved in mixed martial arts as a coach because I think what I do with diet and strength training and performance and longevity, it’s a mixed martial arts approach,” he said. “I find and take what works best and I implement it into my governing principles. I don’t care who invented it or where it came from, whatever works and is proven healthy and to produce results, that’s what I skew towards and that’s what I apply.”

For more information and to pre-order UFC FIT, visit www.UFCFIT.com