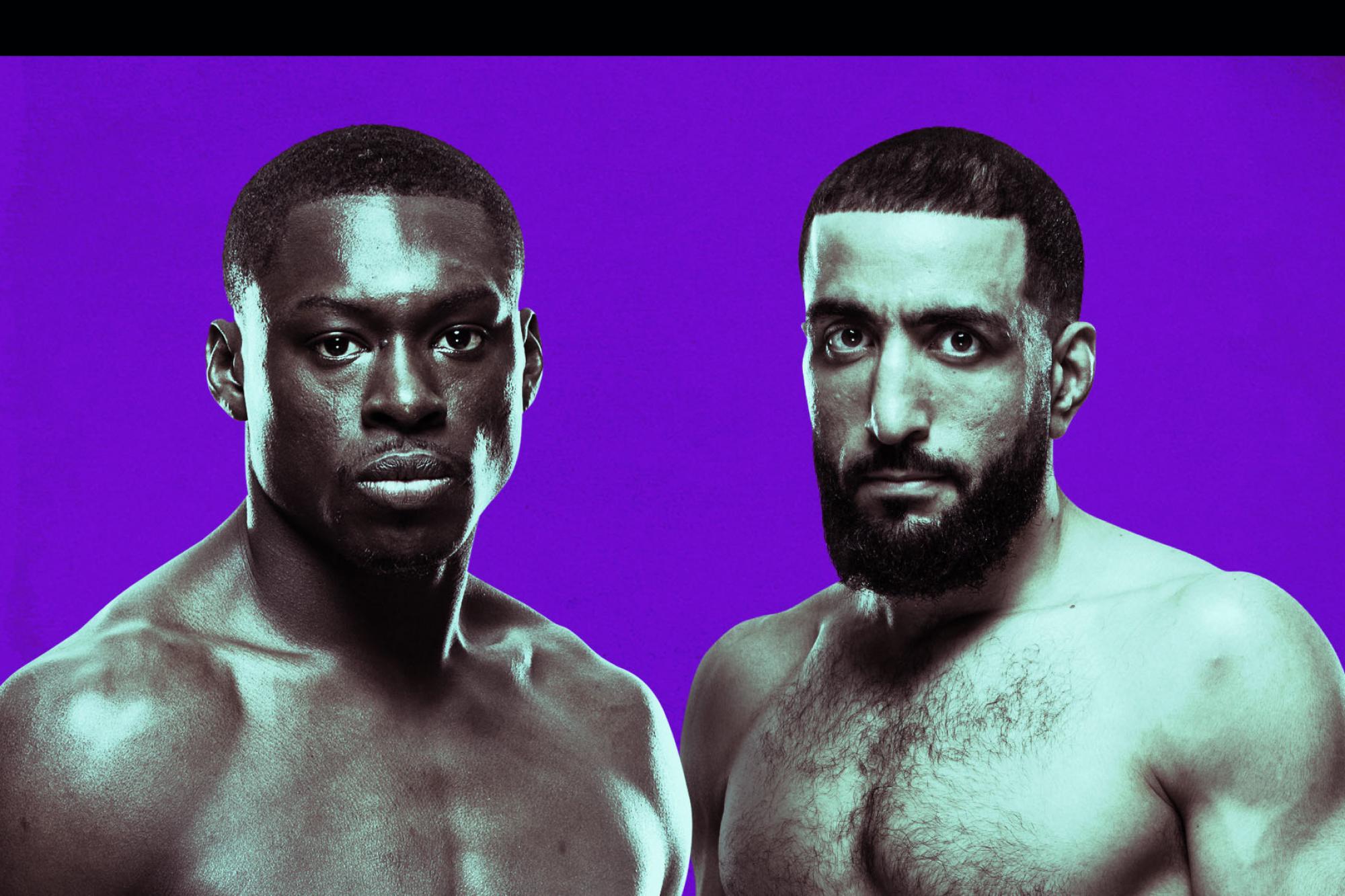 Old met new as one of the hottest prospects in women’s boxing stopped by UFC FIGHT PASS and the Early Prelims also came back home.

Lou DiBella brought Broadway Boxing to UFC FIGHT PASS on Wednesday night and we were all treated to rising star, Alicia Napoleon with her aggression on full display as she dismantled Eva Bajic for a round and a half before the referee had seen enough. Later in the night the trend continued when Brooklyn’s own, Ivan Golub retained WBC USNBC welterweight title by dominating the entire fight against Manuel Alejandro Reyes taking home the belt and two 100-90 decisions in the process.

Next up was your Thursday night ticket to earn serious money with the help of our resident wiseguys, Gianni the Greek, Michael Bisping, Brendan Fitzgerald and the rest of the team of UFC On The Line. The Greek went nearly perfect, yet again in predictions missing out on thousands of dollars in his parlay by only one fight despite Bisping’s persuasive confidence, energy and MMA insight. With The Greek’s eerie accuracy with wins but also the method of victory, it’s nearly becoming just as fun to watch to tune into UFC pay per views to hope for a Gianni mistake as it is to watch for the action and mystery of each bout.

Also on Thursday, the Canadian MMA promotion TKO who was back for TKO 47. The originally scheduled main event title fight between the 145 pound champion turned 155 pound challenger, Charles Jourdain, and the 155 and 170 pound champion Jesse “The Body Snatcher” Ronson fell through. Ronson wasn’t medically cleared due to skin condition causing a last minute call to action by Damian Lapilus. UFC curtain-jerker, Jourdain, was able to make the most of his step up in weight class by putting his full skillset on display and earning a ground and pound stoppage.

While Jourdain had the majority of eyes on him, Malcolm Gordon left with a fair amount of buzz after submitting Yoni Sherbatov for the TKO flyweight title in the first round. With less than 20 seconds gone in the first round, Sherbatov dropped Gordon with a flurry of punches similar to the Cejudo barrage against TJ Dillashaw. Withstanding the storm, Gordon found himself climbing Sherbatov’s back for the rear-naked choke victory.

As if the one round war wasn’t enough, Gordon rubbed salt in the wound with a post-fight shove with his head to the submitted Sherbatov. Although the act could have resulted in a disqualification cooler heads prevailed and not only did Sherbatov congratulate him on the victory but was the first to hug Gordon in celebration for earning his black belt.

Saturday brought in one of the strongest UFC cards of all time and the action started on UFC FIGHT PASS for the Early Prelims.

The opening bout between Brandon Davis and Randy Costa would seemingly foreshadow the action ahead. Brandon Davis won by way of rear-naked choke in a fight so jam packed full of action that on almost any other card, would have brought in a performance bonus.

Straight after the action of UFC 236, Pancrase was back on UFC FIGHT PASS for Pancrase 304 which showcased Sidy Rocha as she made Takayo Hashi look like a prelim fighter with the one-sided decision beating for the women’s flyweight title.

Muay Thai action is back on FIGHT PASS from Bangkok where gamblers, fighters and fans will be treated to Fight Sports Asia’s Absolute Muay Thai 010 from the Lumpinee Arena in Bangkok, Thailand.

Wednesday night is r/mma night as the Alaskan brawlers are back for AFC 147. Stop by FIGHT PASS on Wednesday at 9 p.m. PT to find out why the cult following grows with each show.

A special reminder to all of our subscribers in Canada that Saturday’s UFC Fight Night in Saint Petersburg can only be found on UFC FIGHT PASS.

After UFC Fight Night on Saturday, grab some food and come back to catch Lou Neglia’s Combat at the Garden from the Big Apple. Don’t miss the main event between 15-3 Zarrukh Adashev and 10-4 Dwayne Holman for the bantamweight title.

Go back and relive any of the action you witnessed last week and we’ll regroup back on the Live Events tab Wednesday night!