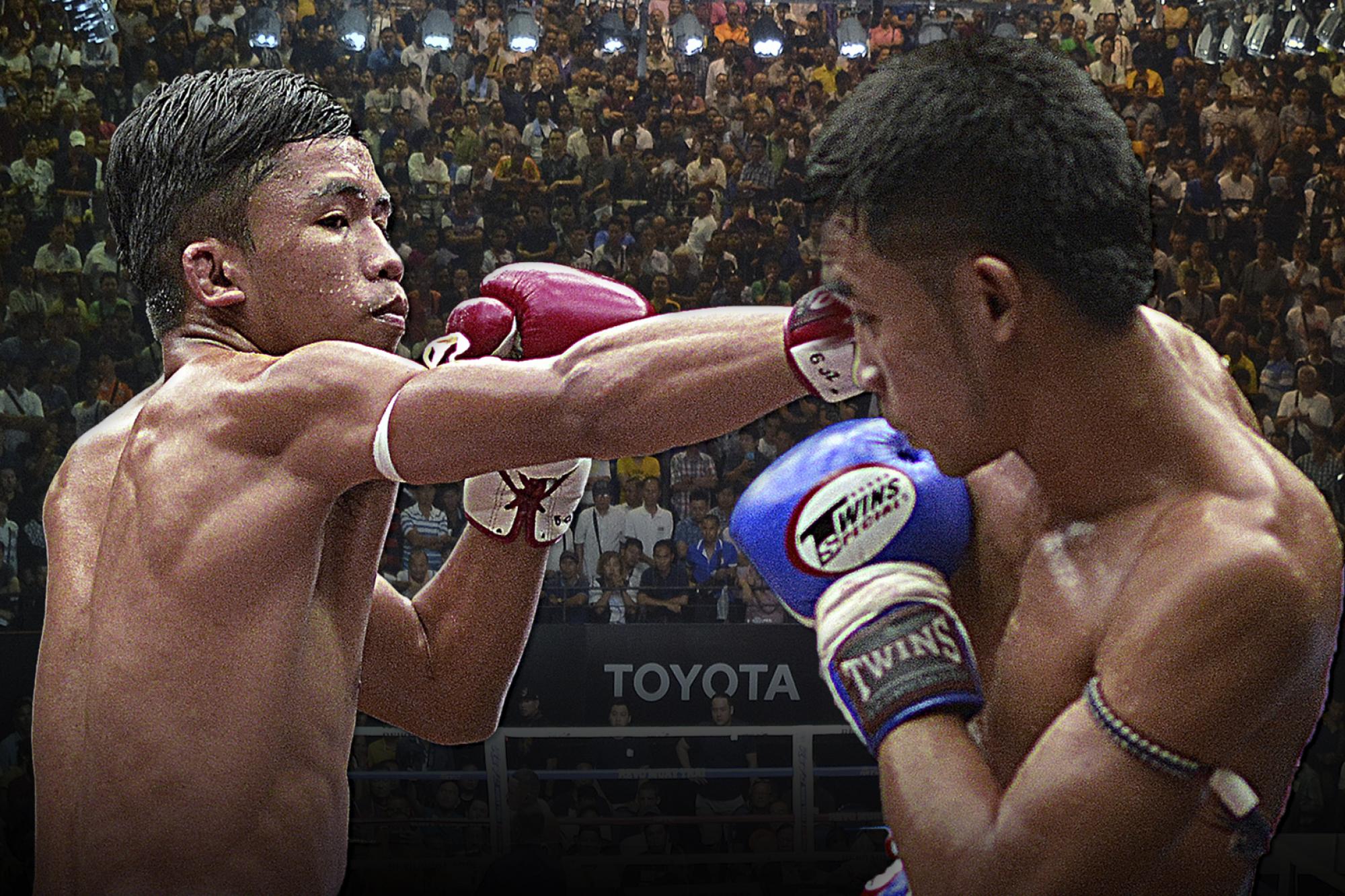 Recap all the thrilling action that went down on UFC FIGHT PASS last week
By Walker Van Wey • Apr. 2, 2019

Absolute Muay Thai kicked off the week giving fight fans their fill of wai krus and eight-limbed violence but Monday’s event had an extra addition when So Phongamon stepped into the ring.

Phongamon took to the ring with a certain level of style, swagger and showmanship Absolute Muay Thai isn’t known for.

Celebrating flurries of landed blows, tastefully taunting his opponent, Phonphithak Sor Tor Thanomsri Bangpu and even welcoming shots after one of the most solid leg kicks thrown by Bangpu had landed.

Although Phongamon wasn’t about to live up to his nickname of “The Winner,” he managed to steal the show both in the eyes of the commentary team and social media alike.

Wednesday night lived up to the hopes of the reddit/MMA fans and FIGHT PASS subs. alike by delivering in a way only the Alaska FIGHTING Championship could.

Before Aaron Phillips and Bear Rogers squared off in the first fight on the night, fans were treated to a surprise guest on commentary. Kevin Avellar.

Avellar, a fan favorite for his commentary, personality, beard and patented love for the “ahmbah” finish, announced at AFC 145 that he would be leaving Alaska ending his run on the commentary team.

Avellar’s one time return was a very welcomed surprise for all the longtime fans of the AFC.

Avellar and everybody else tuned in were treated to a win from Preston Micheletto who battled through not one, but two shots below the belt as well as an illegal kick to submit Jeremiah Sierra with a rear-naked choke.

Closing out the night was Team Alpha Male’s Jarel Askew who took home the confusing “W” after a checked leg kick was too much for opponent, Mike Plazola.

Roy Jones Jr. Boxing also delivered when hometown fighter, Kendo Castenyeda, lived up to his nickname of “Worldstar” with yet another highlight reel knockout followed by a shove to the canvas for good measure.

RJJ was able to not only set the bar high with tonight’s action but with the announcement of the first world championship boxing match in UFC history on the way as well as the return of Connor Coyle, boxing fans were left with plenty to chew on until June 19 as well.

CES saw two title changes at CES 55 on Friday as well as a much needed win for former UFC Featherweight, Matt Bessette.

Rounding out the week was Absolute Muay Thai with some of the most action-packed fights FIGHT PASS has seen so far including a knee to the body TKO and a Kumandoi Phetcharoenwit knockout punch.

Get back and check out every replay before the action begins this week because with Absolute Muay Thai, XFN, M-1 USA, Muay Thai Grand Prix and Quintet this week, there simply aren’t enough hours in the day to waste!