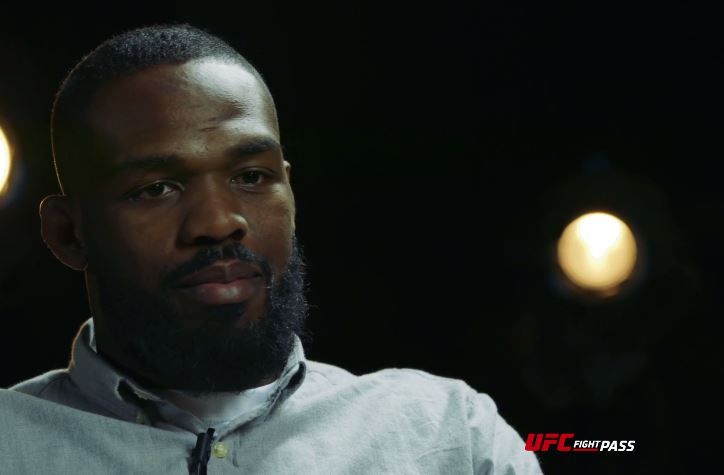 On its latest episode, Fightography focuses on one of the early UFC tournament winners - Oleg Taktarov. In the feature, Taktarov delves into how he got into the sport, his improper mindset for his first couple UFC fights, how he corrected that for his next Octagon appearance and that time when Vin Diesel and Michael Jackson congratulated him on winning UFC 6.

Originally, it was the bright lights of Hollywood that brought “The Russian Bear” to California, where Taktarov planned to use his background in martial arts and athletics to help him become an action star. Taktarov had seen the first couple UFC events and was impressed by the Gracies, so he thought he could offer his knowledge of judo and sambo as a service to them if they could help with their television and movie connections. Next, a new Octagon star was born as Taktarov debuted at UFC 5 with a submission of Ernie Verdicia.

Of course, Taktarov’s three submission wins at UFC 6 - including the UFC record nine-second choke of Anthony Macias - to claim the tournament’s title are what will forever cement The Russian Bear’s place in UFC history.

JON JONES’ ROAD TO RECOVERY AND RETURN AT UFC 197

He’s back! Former UFC light heavyweight champion Jon Jones is less than a month away from stepping inside the Octagon for the first time in over a year to once again battle his bitter rival and current champ Daniel Cormier at UFC 197. But before he does, the 21-1 pro known as “Bones” sat down with UFC correspondent Megan Olivi on The Exchange to discuss his personal failings outside of the sport and the changes he’s made to get back to the Octagon.

On January 3, 2015, Jones put his title on the line at UFC 182 in an incredibly grueling, Fight of the Night tangle with Cormier. The two spent the majority of 2014 trading verbal barbs as well as some physical ones in the lead-up to their championship collision. Usually, a bout brings resolution, but Jones and Cormier’s first meeting appeared to be only a springboard for the eventual rematch, which is happening on April 23 in Las Vegas.

On The Exchange, Jones opens up to Olivi about how his private demons took the UFC light heavyweight belt away and how he used his suspension as a time of reflection. Professionally, Jones explains what it felt like to watch Cormier go on to win the belt against Anthony Johnson at UFC 187 and then defend it against Alexander Gustafsson at UFC 192. Meanwhile, Jones kept himself busier than ever in the gym, readying himself for what he hopes will be a triumphant return at UFC 197.

This Friday on April 1, Victory FC returns to UFC FIGHT PASS for the third time with a live event from Omaha, Nebraska. Headlining the card, The Ultimate Fighter 15 alum and hometown hero Dakota Cochrane is set for a welterweight war with TUF 21 alum Valdir “BBmonstro” Araujo.

Enjoying a five-fight win streak, Cochrane has been on fire as of late, having been seen on UFC FIGHT PASS scoring a flying knee TKO of Mike Bruno at Titan FC 34 and securing a guillotine choke of Jake Lindsey in the main event on the last Victory FC show in January. Cochrane’s cardio and wrestling will be key as he meets the Brazilian BBmonstro, who is coming off a quick and slick ankle lock submission. The Blackzilian-trained Araujo is a veteran of the sport like Cochrane - both have over 20 pro fights under their belt - with an ability to earn a finish wherever the fight may go. 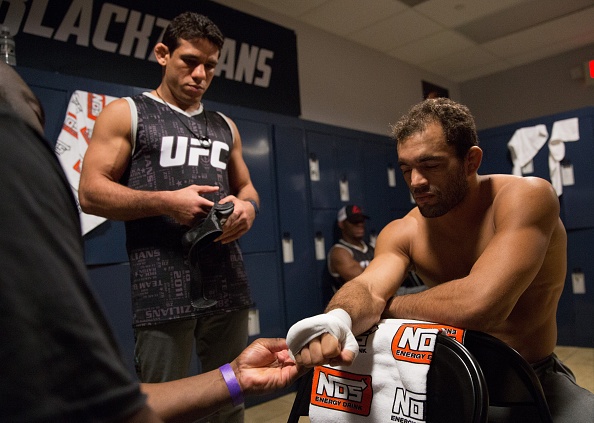 In the co-main event, TUF 5 alum Rob Emerson will aim to use his striking expertise against the tried and tested Alonzo Martinez. No stranger to Victory FC, Martinez will be making his 16th appearance in the promotion, with his sights set on getting back on the winning track after taking a submission loss at Victory FC 47. Meanwhile, seven-fight UFC veteran Emerson had been on a five-fight win streak until taking a loss in his last bout. It will be Emerson’s Victory FC debut and his first scrap in about a year and a half, as he is coming off a suspension.

For the ninth time, Shooto Brazil is live on UFC FIGHT PASS, with an action-packed event taking place this Saturday night. In the main event, the Shooto Brazil light heavyweight belt is up for grabs as Cassio “Jacare” de Oliveira is set to square off with promotion veteran Carlos “Cachorrao” Eduardo.

In February, Jacare grabbed the biggest win of his career in his Shooto Brazil debut by submitting UFC vet Ronny Markes via heel hook less than two minutes into the first round in the night’s main event. Jacare’s pro record sits at 17-7-1 with 11 submission stoppages, including six by heel hook, so watch out for de Oliveira attacking for holds from his opponent’s head to their feet.

Standing in Jacare’s way of the belt is fellow Brazilian submission artist Cachorrao Eduardo. Previously, Eduardo has earned four wins with three stoppages in Shooto Brazil. With an overall 12-4 pro record, Cachorrao has yet to taste defeat in Brazil, with his losses only occurring in his ventures to the US, like a 2008 loss to a young Jon Jones. In his home country, Eduardo has ten finishes across his 12 wins, with four KOs and six submissions, like his most recent keylock tap out in December.

UFC FIGHT PASS members, we took a dive deep into the FIGHT PASS vault to bring you five of the hidden gems in the vast, 12,000-plus fight deep library.

It was a war of attrition in the tournament finals as The Russian Bear tangled with Tank at altitude in Casper, Wyoming in a 17+ minute collision, which mercifully ended with a submission.

In his Octagon debut, Jon Jones was an undefeated, lanky light heavyweight from upstate New York who went toe-to-toe with a fellow unbeaten debutant Andre Gusmao. With Jones’ background in wrestling and Gusmao’s in BJJ, no one would have guessed they would duke it out on the feet for a full 15 minutes.

With the Octagon’s debut in Zagreb, Croatia right around the corner, relive one of Mirko Cro Cop’s greatest headkick highlights, as he tangled with 6’6” knockout artist Aleksander Emelianenko one year prior to Cro Cop against Fedor Emelianenko.

It was Brazilian Muay Thai wrecking machine Cris Cyborg’s US debut, as she took on the gritty catch wrestler Shayna Baszler. With Cyborg set to enter the Octagon for the first time at UFC 198, watch her in her matchup against The Ultimate Fighter 18 alum.