This Sunday, the UFC makes its first visit to Croatia, with a 13-fight card featuring the heavyweight showdown between Ben Rothwell and Junior Dos Santos. But before two of the best big men in the game collide on FS1, the event kicks off on UFC FIGHT PASS at 10:30am ET / 7:30am PT with three bouts featuring two featherweights on the verge of cracking the top 15 in 2016, a heavyweight newcomer looking to inject the division with a jolt of new blood, and middleweight debutants eager to enter the sport’s proving ground for the first time.

This is the UFC FIGHT PASS spotlight on Fight Night Zagreb. 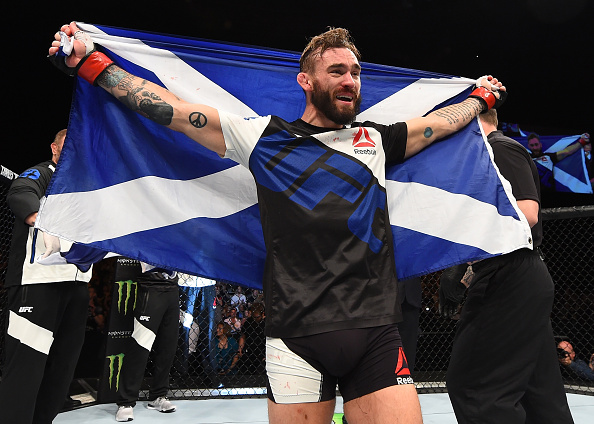 Lucas Martins vs Robert Whiteford
One comes from Brazil, the other from Scotland, but Lucas Martins and Rob Whiteford are kindred spirits in the sense that they both know what it’s like to be on the wrong end of a Darren Elkins fight. No one is better at destroying a fighter’s game plan and making them miserable for three rounds than “The Damage,” so Whiteford - who lost a decision to Elkins in his most recent bout in October - and Martins - who dropped a fight to the Indiana native in 2014 - both want nothing more than to face an opponent who wants to stand and trade for three rounds. Will they get their wish? Martins, a Chute Boxe representative, is always down for a slugfest, and while he’s coming off a stoppage loss to Mirsad Bektic last May, when you live by the sword and die by the sword, that doesn’t necessarily make you gun-shy after a defeat. In speaking to Whiteford recently, he made it abundantly clear that he just wants to fight, and he had a message for Martins, saying “When I hit Lucas, it will change his life.” Those are fighting words for the UFC FIGHT PASS featured bout. 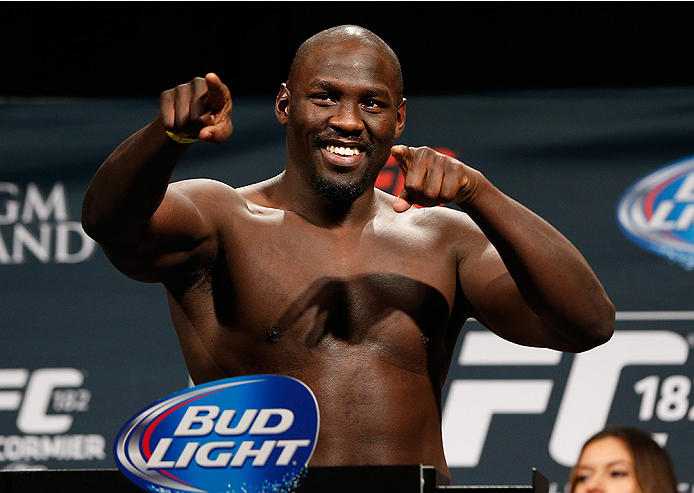 Cyril Asker VS Jared Cannonier
When it came to fighters from France on the UFC roster, it used to be Cheick Kongo and nobody else. Yet today, Taylor Lapilus and Mickael Lebout are intriguing prospects, Cameroon-born but Paris-based Francis Ngannou is coming off an impressive debut, and this weekend, Avignon native Cyril Asker gets his chance to represent the blue, white and red in the Octagon. Winner of seven of his eight pro bouts, the 30-year-old Asker has been training in MMA since he was 18, and his brown belt in jiu-jitsu and red belt in taekwondo (not to mention three knockouts and two submissions) mark him as a well-rounded competitor. He also scored a first-round TKO win over UFC vet Ruan Potts in June of last year. On the opposite side of the Octagon will be Alaska’s Jared Cannonier, who has an identical 7-1 record, but is also coming off a first-round knockout loss to Shawn Jordan in his UFC debut over a year ago. Cannonier has been training at home for this one and not at the MMA Lab in Arizona, but he’s expecting to leave Croatia with his first UFC win. “I'm more well rounded and have a more diverse skill set,” Cannonier said. “I feel confident I'll get my hand raised.” 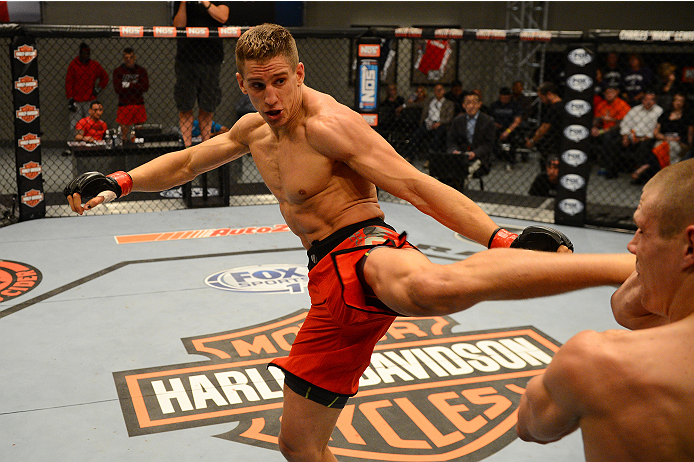 Bojan Velickovic VS Alessio Di Chirico
With the exception of 25-year-old Robert Whittaker, the top 15 of the UFC’s middleweight division is populated by those 30 and over, making the introduction of 26-year-old Alessio Di Chricio and 27-year-old Bojan Velickovic a welcome one for the future of the 185-pound weight class. A native of Serbia, Velickovic may be familiar to Stateside fight fans due to his association with the Elevation Fight Team and appearances on RFA and Ring of Fire events over the years. Unbeaten in four fights in 2015, two of Velickovic’s three pro losses have come against UFC vets in Krzysztof Jotko and Gilbert Smith, yet both were by majority decision. “Serbian Steel” is well rounded and he should be ready for prime time in the Octagon. Those in Italy believe that Rome’s De Chirico is right on time for success in the biggest show in the world, but he’s more of a Wild Card than Velickovic. Owner of a 9-0 record as a pro, De Chirico may not have been fighting UFC competition thus far, but he’s gotten rid of all but one of his foes, four by knockout and four by submission. That’s a good sign that he’s ready for the step-up, but Sunday will be the proof.