Last weekend in Chicago, UFC FIGHT PASS was the only place to see the Fight of the Night battle between Jason Knight and Jim Alers. Will lightning strike twice when the Octagon hits Atlanta for UFC 201? Sure, the main card standouts like headliners Robbie Lawler and Tyron Woodley will have their say, but there are six hungry battlers on this week’s UFC FIGHT PASS prelims ready to pick up some bonus money for themselves beginning at 6:30pm ET / 3:30pm PT.

This is the UFC FIGHT PASS focus on UFC 201. 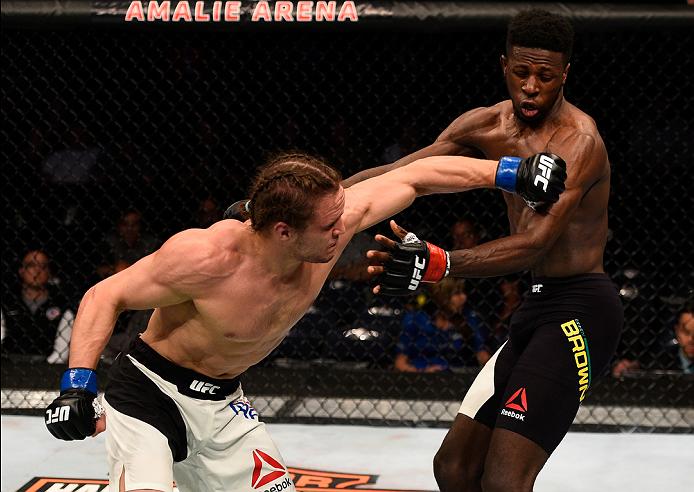 Bojan Velickovic VS Michael Graves
Given the potential of welterweights Bojan Velickovic and Michael Graves, this Saturday’s UFC FIGHT PASS Featured Bout could be one we look at a couple years from now as the one that set the winner on the path to the top ten and maybe even more in one of the sport’s toughest divisions. Graves is a no nonsense wrestler with solid striking and submissions, but his biggest strength is that no nonsense approach to fighting. He’s not taken in by the spotlight, and that’s always a good thing at this level. Velickovic may be a mirror image when it comes to attitude, and with the Serbia native holding an equally well-rounded skill set, this has the potential to be a three-round war of attrition decided by the slimmest of margins. 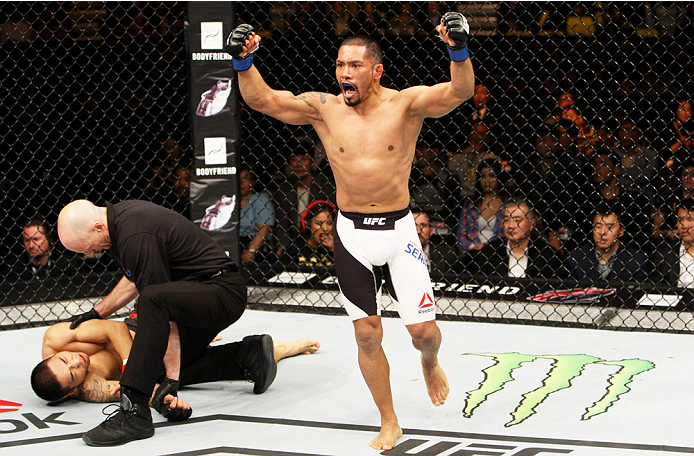 Fredy Serrano VS Ryan Benoit
Originally scheduled to face Ray Borg this Saturday, former Olympic wrestler Fredy Serrano meets Ryan Benoit this weekend, and while Serrano-Borg may have been more important when it comes to the flyweight rankings, Serrano-Benoit may be the fight with more explosive potential. Benoit is a striker always hunting for the knockout, and Serrano, while a wrestler by trade, is pretty much always hunting for the knockout as well. History says that when faced with adversity in one area, a fighter goes back to what he knows best, and that may be the case if Serrano starts getting lit up by Benoit, but then again, the Colombian may just bite down on his mouthpiece and start swinging back if things get heated.
RELATED CONTENT: Matchups - Graves vs Velickovic | Benoit vs Serrano | Arzamendia vs Brown

Damien Brown VS Cesar Arzamendia
Opening up the event in the lightweight division is the bout between Australia’s Damien Brown and Paraguay’s Cesar Arzamendia. Both fighters are coming off losses, but it’s what they’ve done since then that makes this fight intriguing. Brown has been able to train full-time for the last eight weeks, so it’s clear that he’s going all in with his UFC run, and if he’s firing on all cylinders, he’s got the skill and experience to give anyone a rough night. Muay Thai specialist Arzamendia also had an interesting camp, spending his time in Curitiba with the Evolucao Thai team. Suffice to say that both guys are dedicated to getting the win this weekend, and it’s going to be a nice way to kick off the night.