With a crossroads fight at 155 pounds, a potential slugfest in the middleweight division, and a heavyweight bout that could produce a rising star among the big men, the UFC FIGHT PASS portion of Saturday’s UFC 197 card in Las Vegas is a must see for fight fans as they get ready for a star-studded main card featuring the return of the pound-for-pound king, Jon Jones, against Ovince Saint Preux, and a flyweight title fight pitting champion Demetrious Johnson against unbeaten challenger Henry Cejudo.

But first, this is the UFC FIGHT PASS spotlight on UFC 197. 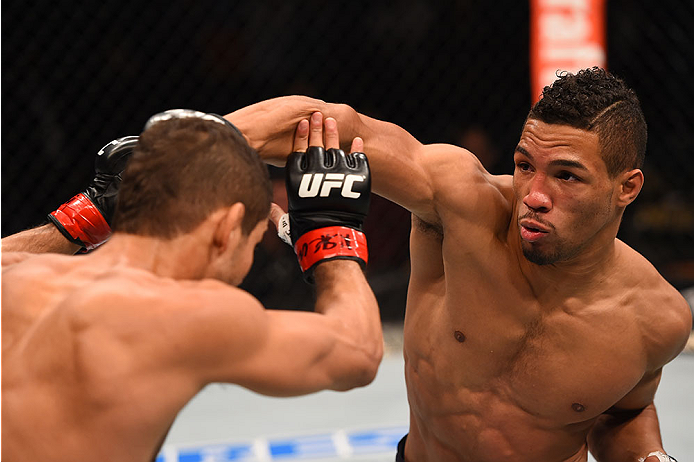 Kevin Lee vs. Efrain Escudero
If the back-and-forth battle on social media is any indication, the bout between Efrain Escudero and Kevin Lee will one to see, giving fight fans more than enough reason to make sure they’re watching UFC FIGHT PASS at 6:30pm ET / 3:30pm PT on Saturday. Simply put, if these two lightweights are trying to sell us on checking out the first fight of the night at the MGM Grand Garden Arena, they have done a wonderful job. But Twitter jabs don’t show up on the judges’ scorecards, so these two will have to fight, and thankfully, it’s an intriguing matchup in the Octagon as well as outside of it. Escudero is a veteran competitor with several UFC runs under his belt. That’s the good news and the bad news, as he’s always been good enough to make it to the big show more than once, but erratic enough to earn releases from the promotion as well. It looked like he turned the corner in 2015 with back-to-back wins over Rodrigo de Lima and Drew Dober, his first two-fight UFC winning streak since 2008-09, but a loss to Leandro Silva put him in No Man’s Land once more heading into this one. Lee is an interesting case as well. He lost a hard-fought, close decision to Al Iaquinta in his UFC debut in 2014, then ran off four straight wins before an upset knockout loss to Leonardo Santos in December. For a young man who always seemed to be on the verge of big things, this loss was a crushing one. So while this one opens the card, the stakes couldn’t be higher for both men. Expect to see the best from Lee and Escudero. 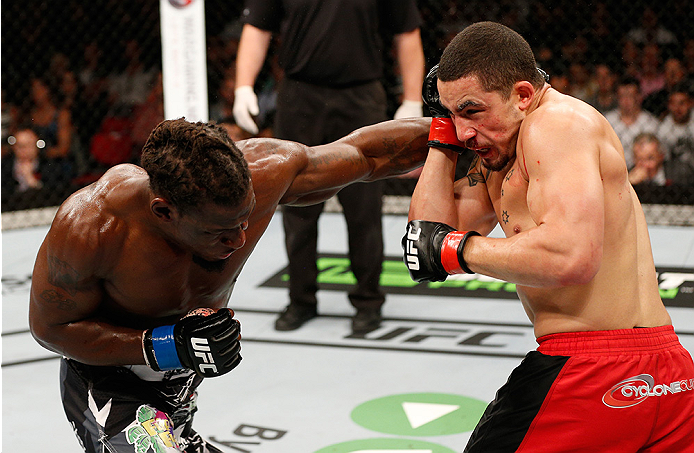 Clint Hester vs. Marcos Rogerio de Lima
After a stint on season 17 of The Ultimate Fighter, Clint Hester ran off four victories in the Octagon before back-to-back knockout defeats in his last two bouts against Robert Whittaker and Vitor Miranda. All these fights took place at 185 pounds. Now moving to 205 in order to change his fortunes, “Headbussa” faces a hard-hitting test in Brazil’s Marcos Rogerio de Lima. On paper, it’s the perfect fight for Hester to use to get acclimated to his new division, because de Lima will not be hard for him to find and he is not likely to try and use his size to smother the newcomer to the class. But the question is, will Hester bring his power 20 pounds north, and will a chin that has been dented twice at middleweight be cracked at light heavyweight? And de Lima can crack, as evidenced by his knockouts over Richardson Moreira (at heavyweight) and Igor Pokrajac. Hester may have to use his speed advantage and a stick and move strategy in order to diffuse the attack of de Lima, who only needs one punch to end matters.
Watch: Cody East featured on Dana White: Lookin' for a Fight - Episode 4

Cody East vs. Walt Harris
The UFC FIGHT PASS feature bout for UFC 197 pits Octagon veteran Walt Harris against newcomer Cody East, the most recent discovery of UFC President Dana White on the “Lookin’ for a Fight” series. Harris is making his first start since November of 2014, and in three UFC bouts, he’s winless in against Jared Rosholt, Nikita Krylov and Soa Palelei, getting stopped in two of those three matches. On paper, it looks like a gimme for the 12-1 East, but it’s not. Harris is a finisher, with all seven of his wins coming by first-round knockout, six in two minutes or less. If he catches you, it’s lights out, which makes him dangerous to anyone in the heavyweight division. So how does East defeat Harris? He can hit him, as nine knockouts in 12 wins show that he has some heat behind his fastball. But the best course of action may be to use his wrestling attack to threaten Harris and set up his strikes. If he can ground “The Big Ticket,” a ground-and-pound finish may be the result, but if it becomes a slugfest on the feet, it’s going to be anybody’s fight to win.