On Saturday night, the UFC is back in Florida, with the promotion settling in at the Amalie Arena in Tampa for a UFC Fight Night card that will be televised on FOX. The main card is a star-studded one, led by Rashad Evans vs. Glover Teixeira and Lyoto Machida vs. Dan Henderson, but when the preliminary action begins at 4pm ET / 1pm PT, UFC FIGHT PASS subscribers will be getting a taste of the next generation of Octagon standouts, with five bouts headlined by an intriguing bantamweight clash between former flyweight title challenger John Dodson and Manvel Gamburyan.

This is the UFC FIGHT PASS spotlight on Fight Night Tampa.

Omari Akhmedov VS Elizeu Zaleski dos Santos
He’s the man with the longest name in the UFC, and if you add in Elizeu Zaleski dos Santos’ nickname, “Capoeira,” you’ve got a nightmare assignment for autograph seekers everywhere. All kidding aside though, Brazil’s Zaleski dos Santos made a solid impression in his UFC debut against Nicolas Dalby last May before losing a split decision, and as an action fighter with a dynamic attack, he’s got the potential to make some noise in a crowded welterweight division. Omari Akhmedov will be a stiff test for “Capoeira” though, and despite a 2-2 UFC slate, Akhmedov can be a handful for anyone if he brings his “A” game on fight night. 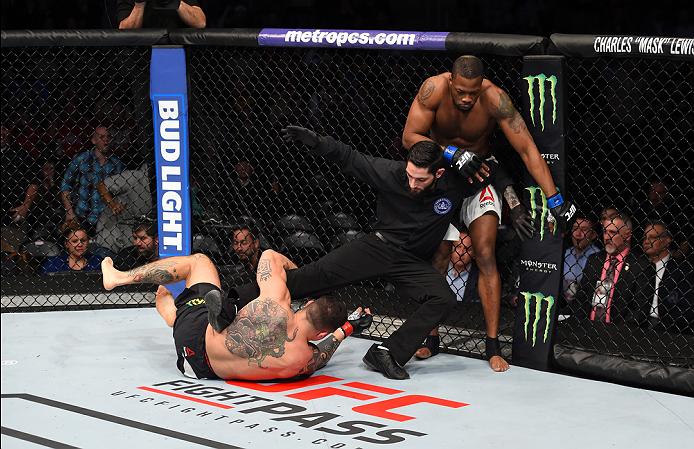 Oluwale Bamgbose VS Cezar Ferreira
If this one doesn’t have Fight of the Night potential, it certainly can deliver a Performance of the Night bonus to the winner. Neither Oluwale Bamgbose or Cezar Ferreira are interested in drawn-out grappling battles on the mat or the fence. Expect bombs to be thrown, and considering that five of their combined six losses have ended by knockout, the result may simply comes down to who lands first.

Islam Makhachev VS Drew Dober
While I am well aware that Islam Makhachev lost his first pro bout in his last outing against Adriano Martins, and by knockout no less, I still see him as one of the top prospects in the 155-pound weight class. He’s only 24, he’s got a great pedigree and skill set, and hey, getting hit by a world-class fighter with four-ounce gloves on can force anyone to be left staring up at the lights. But to start fulfilling that potential, Makhachev will have to get by Drew Dober, a tough, gritty veteran who seems to be on the upswing at the moment after getting fully acclimated to life with Team Elevation in Colorado. If he doesn’t get caught in a submission early, Dober will ask some serious questions of Makhachev before this fight is over.

Michael Graves VS Randy Brown
This is an interesting matchup of two unbeaten welterweights that we may be hearing a lot from in the coming years. Michael Graves made a name for himself on season 21 of The Ultimate Fighter, and a decision win over talented Vicente Luque in his Octagon debut last July marked him as one to watch at 170 pounds. Owner of a swarming style and an American Top Team pedigree, he is a nightmare matchup for New York’s Randy Brown, who made an understated but still impressive UFC debut in January, defeating Matt Dwyer. But as someone who is primarily a striker, Brown’s key to victory is keeping the fight standing. Graves isn’t in the business of letting an opponent dictate the location of the fight, and if that pattern continues, “Rudeboy” will have to show off some new tricks on the mat to nullify that ground attack and get the victory. 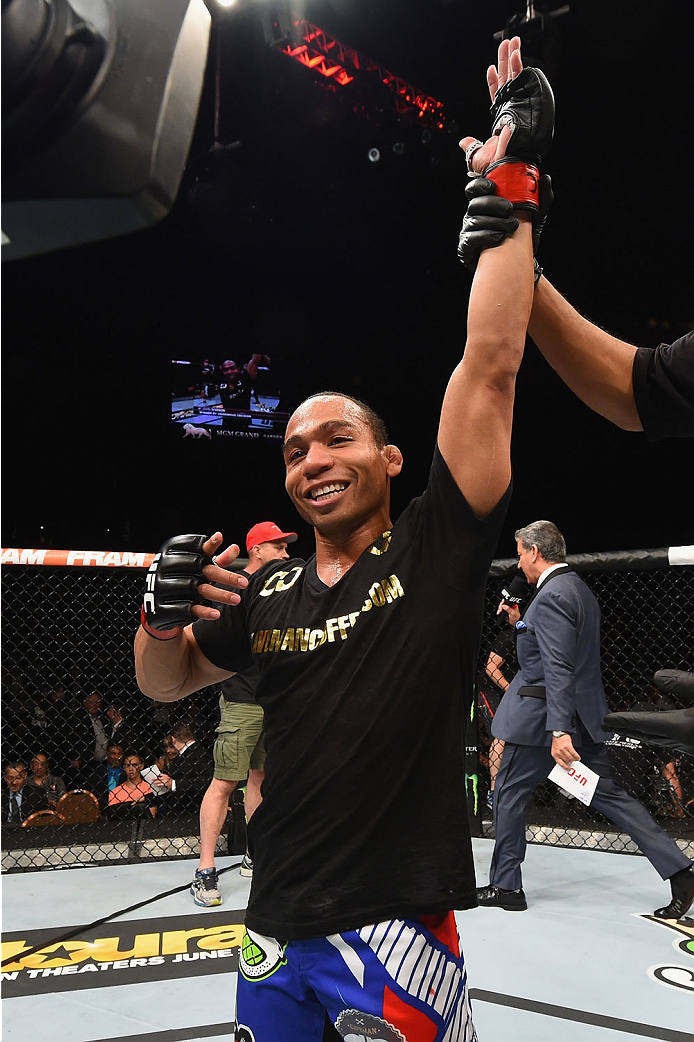 The UFC FIGHT PASS featured bout is a good one, with former flyweight contender John Dodson moving back to bantamweight to face Manvel Gamburyan. Gamburyan has reenergized his career with his own move from 145 to 135 pounds, where he has won two straight over Cody Gibson and Scott Jorgensen. Dodson is a whole other story though in terms of matchups, and after beating everyone at 125 pounds not named Demetrious Johnson, Dodson can make himself an instant contender at bantamweight with a win over Gamburyan. Simply put, Dodson has the speed and power to give anyone fits, and if fans are wondering what he brings to the table at 135, consider that he knocked out former champion TJ Dillashaw to win the TUF 14 crown in that weight class back in 2011. The added weight should not be an issue for “The Magician,” and on Saturday, he gets his chance to make a statement to his new peers at bantamweight.