Following an upset-laden UFC 201 card in Atlanta, the Octagon will make its way to Salt Lake City for the UFC’s first event in Utah. Headlining the event will be an intriguing featherweight clash between Yair Rodriguez and Alex Caceres, but before the main event takes place at Vivint Smart Home Arena, UFC FIGHT PASS will be the place to get the night started with two action-packed matchups that will kick off at 7pm ET / 4pm PT.

This is the UFC FIGHT PASS spotlight on UFC Fight Night: Rodriguez vs. Caceres. 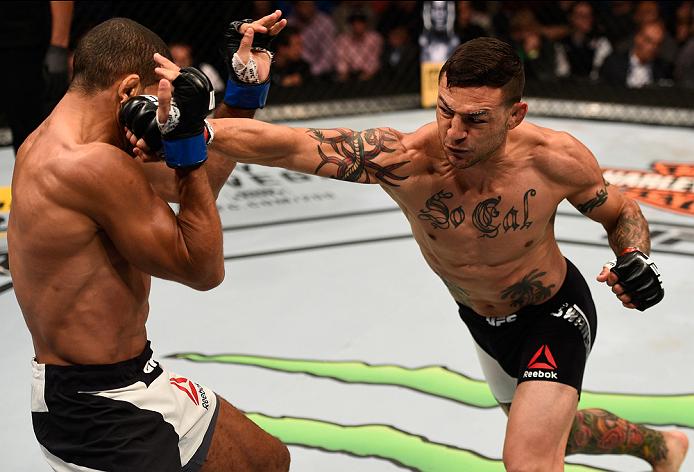 Cub Swanson vs. Tatsuya Kawajiri
If you talk to hardcore fight fans, this Saturday’s UFC FIGHT PASS Featured Bout could very well be a Fight Night headliner on any other date. That’s a testament to the quality of the matchup and the reputation of featherweight contenders Cub Swanson and Tatsuya Kawajiri. Both are true veterans of the sport, which means that the level of MMA on display will be the highest you can get, and neither has shied away from a throwdown in the Octagon or in other promotions. But where are these two at this point in their career? Swanson has had more than his fair share of battles with injuries over the years, but as he enters Saturday’s bout, he’s healthy and back on track. Kawajiri is coming off a loss to Dennis Bermudez in February, but before that, he went 7-1 at 145 pounds. The Japanese “Crusher” is 38 though, and this could either be the start of his last run, or a sign that he’s on the tail end of his career. It’s up to Swanson to find out which direction his opponent is going in, and if “Killer Cub” brings his striking game back to the forefront and keeps himself off the canvas to avoid Kawajiri’s ground-and-pound attack, it could be a good night for the Palm Springs standout.
RELATED CONTENT: Swanson takes tour in Japan | Matchups: Swanson vs Kawajiri | Sherman vs Ledet

Chase Sherman vs. Justin Ledet
These days, heavyweights under the age of 30 with UFC potential are a rare breed, but two of them – Chase Sherman (26) and Justin Ledet (27) – will be stepping into the Octagon for the first time this weekend in what promises to be a fight that will not require the involvement of the judges. Mississippi’s Sherman is a former college football player who has ended all nine of his victories by first round knockout, five of them in 63 seconds or less. Ledet has six wins without a loss, and he’s finished each of his victories as well, four in the first round and three in less than two minutes. The difference here is that Sherman is a clear banger, while Ledet – a former college basketball player – has four submission victories. Yet whether it stays on the feet or goes to the ground, someone’s likely getting finished before the final horn.