It will be an early start for United States fans on Sunday when the Fight Night Rotterdam prelim card kicks off at 10:30am ET / 7:30am PT, but with three pick ‘em battles filling up the UFC FIGHT PASS portion of the event, it will be worth it to set the alarm, grab some coffee and settle in for some Sunday morning fights.

Want to know more? This is the UFC FIGHT PASS spotlight on Fight Night Rotterdam. 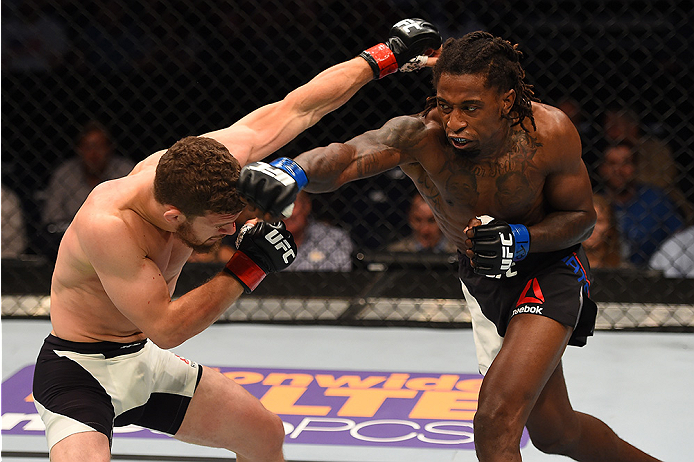 Willie Gates vs. Ulka Sasaki
All MMA fans were disappointed when Dublin’s Paddy Holohan was forced out of this matchup with Willie Gates due to his sudden retirement last week, but the replacement for “The Hooligan,” Japan’s Ulka Sasaki, still makes this a fight to watch, especially given Sasaki’s upside and this being his debut at 125 pounds. When he debuted in the UFC with a Performance of the Night submission of Roland Delorme in 2014, he had been unbeaten for nearly three years. But in his last two bouts, he was finished for the only two times in his career, getting submitted by Leandro Issa and knocked out by Taylor Lapilus. If he’s going to turn things around, it has to happen this weekend, and while his ground game will give anyone problems, will his chin hold up to the hammers of Mr. Gates, whose last eight wins have ended before the final horn? And as a side note, each of those wins have come in the first round, the longest going 1:59. Key to victory for Sasaki? Get into round two. 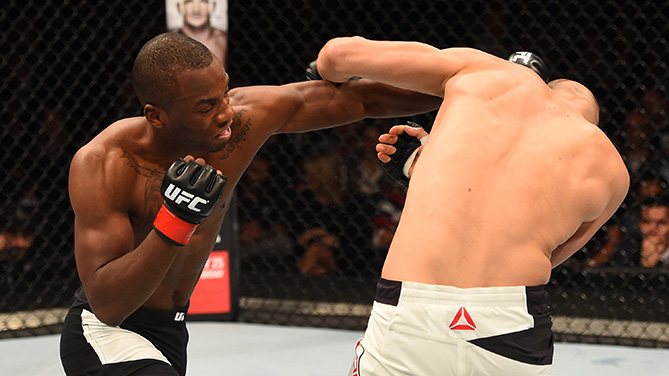 Originally scheduled to face Peter Sobotta, Dominic Waters draws England’s Leon Edwards for this assignment, and it may end up being an even more compelling matchup. TUF 16’s Waters is winless in two Octagon visits against George Sullivan and Dong Hyun Kim, but anyone who has seen him outside the UFC or in the gym knows that he’s better than an 0-2 UFC record. But he has to prove it on Saturday against Edwards, a hard puncher with fast hands who is coming off a disappointing loss to Kamaru Usman in December. Basically outwrestled in that bout, Edwards has to keep it standing and show off the hands that defeated Seth Baczynski and Pawel Pawlak. There’s a lot on the line for both welterweights here, and if they’re to fulfill their UFC potential, it starts in Rotterdam. 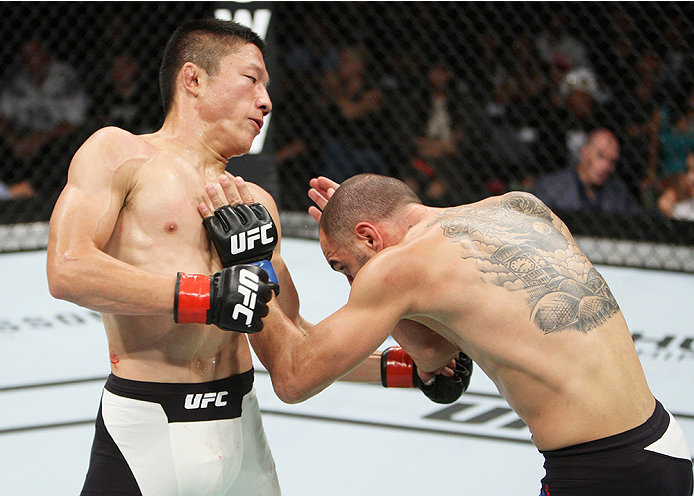 Top five-ranked Kyoji Horiguchi may not have dethroned UFC flyweight champion Demetrious Johnson when they met in April of 2015, but then again, no one has, so that’s nothing to be discouraged about. In fact, Horiguchi remains the prime candidate to become Japan’s first UFC champion one day, and he’s making every effort to lift the level of his game so that when he gets a second crack at the belt, he brings the strap home. That means leaving the comforts of home to work with American Top Team in Florida, and on Saturday, we will see how that first camp went he faces Ireland’s Neil Seery. One of the toughest outs in the 125-pound weight class, Seery isn’t waiting to be a sacrificial lamb for Horiguchi. He’s won three of his last four, and he was on top of his game in October when he earned his first UFC Performance of the Night bonus by submitting Jon Delos Reyes. The Dubliner can go toe-to-toe with anyone and can handle himself on the mat as well. This one is likely to go three rounds, and could very well steal Fight of the Night honors by the time the dust settles.