The Octagon is on its way to Ottawa for the first time this Saturday, with an event headlined by the welterweight matchup between top contenders Rory MacDonald and Stephen Thompson. But to get things started at TD Place Arena, UFC FIGHT PASS will be bringing the heat with four intriguing bouts that begin at 6:45pm ET / 3:45pm PT.

This is the UFC FIGHT PASS focus on Fight Night Ottawa.

Geane Herrera VS Ali Bagautinov
You might wonder how Ali Bagautinov, with a 3-2 record in the Octagon, remains in the top 10 at 125 pounds, but when you consider that he’s beaten John Lineker and Timothy Elliott, with his only UFC losses coming to Demetrious Johnson and Joseph Benavidez, it all makes sense. The guy can fight, and he has the kind of style that can make him a threat to win every fight he’s in. Sounds like bad news for up and comer Geane Herrera, but the Floridian is a raw talent who bounced back from a short notice loss to Ray Borg in his UFC debut to halt Joby Sanchez in December, and he’s got such a high upside that matchmaker Sean Shelby obviously thinks he’s ready for this kind of step up. The experience edge has to go to Bagautinov, but if Herrera is as good as many believe he is, this one should show it. 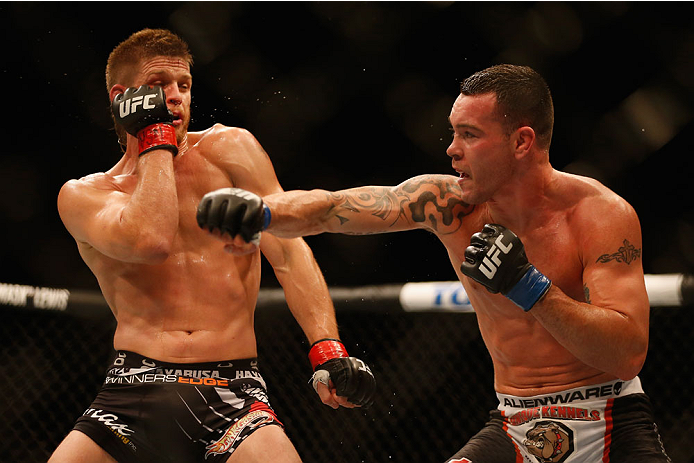 Colby Covington VS Jonathan Meunier
On paper, you don’t want to fight Colby Covington in your first UFC bout, especially not on short notice. Covington is a swarming wrestler who goes for the finish, and even though he got submitted in his last bout by fellow prospect Warlley Alves, that should be a learning experience for the ATT standout and not a career-crippling defeat. So in comes Quebec City’s Jonathan Meunier to replace his Tristar teammate Alex Garcia. He’s got an unbeaten 7-0 record, has finished all of those wins, five by knockout, and his nickname is “The French Spider,” in homage to Anderson Silva. All good stuff, but in a matchup like this, the advantage usually sits firmly in the corner of the wrestler, which in this case is Covington. Add in his UFC experience and it may be a rough night for Meunier. But again, that’s on paper, and considering that Meunier is coached by one of the sharpest minds in the sport in Firas Zahabi, expect the newcomer to have all the tools he needs to get the job done this weekend. All he has to do is execute. 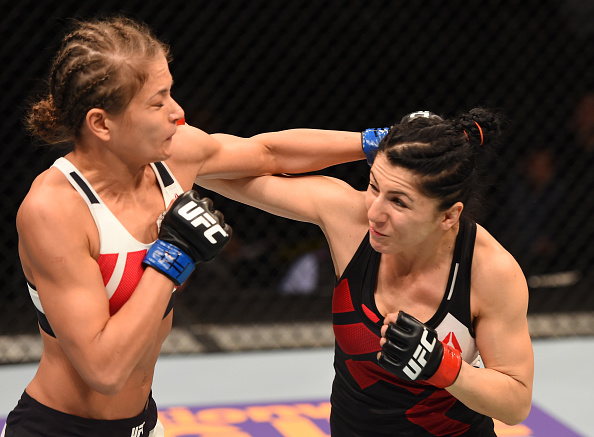 Jocelyn Jones-Lybarger VS Randa Markos
Jocelyn Jones-Lybarger is another fighter who took a short notice fight and parlayed it into a place on the roster, and while she lost her UFC 194 bout to Tecia Torres, she’s got a chance to get into the Octagon win column on Saturday against Randa Markos. Jones-Lybarger reminds me a lot of Miesha Tate in that she’s not flashy, but she’s gritty and knows how to win fights. Add in her coach John Crouch and the MMA Lab team in Arizona, and she’s got what it takes to make some noise at 115 pounds. That being said, there’s probably not a hungrier fighter in the division right now than Randa Markos, and with losses in two of her last three bouts, she wants – and needs – a win bad if she is going to make a run at the title. In her favor is the home field advantage, as she is 4-0 in Canada, but after a one-fight stint with Tristar, is her full-time return to Michigan Top Team a sign of a return to form or not? We’ll find out in a few days. 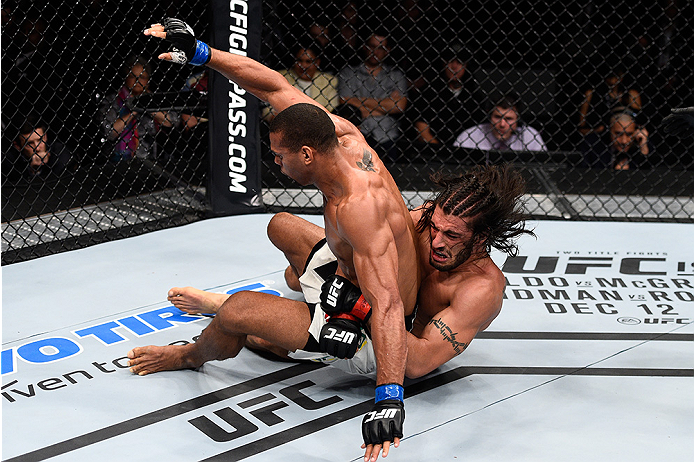 Sam Alvey VS Elias Theodorou
The UFC FIGHT PASS featured bout of the evening should be a good one, and not just because of the entertaining lead-up to fight night from two of the most charismatic folks in the middleweight division. Both Sam Alvey and Elias Theodorou are coming off losses – Alvey via knockout to Derek Brunson, Theodorou via decision to Thiago Santos. Both defeats may affect the fighters involved in different ways. Alvey saw his iron chin dented, Theodorou lost for the first time, but performed well in a gritty three-rounder with the Brazilian knockout artist. So how do they react now? Does Theodorou throw caution (and his grappling game) to the wind and try to trade with Alvey? Will Alvey be gun-shy for the first time in his career? Will Theodorou not react well to his first pro loss? Or will Alvey welcome the chance to put another knockout win on his resume and get back on the fast track at 185 pounds? I’ve always said that the best fights are the ones with the most question marks, and this one has more than its share.