“It’s great to have LFA as the newest member of the UFC FIGHT PASS family,” said UFC President Dana White. “LFA has a long tradition of developing fighters that go on to compete at the next level, whether its Dana White’s Contender Series, The Ultimate Fighter, or on the biggest stage with UFC. I’m thrilled to give these up-and-coming fighters a platform to showcase their abilities, while also providing a new home for LFA.”

“This new partnership with UFC FIGHT PASS allows us to streamline our promotional schedule and target our best markets for the 2020 season,” said LFA President Sven Bean. “I’m excited to return to work with some of our top venue partners across the country, while developing strategic relationships in some new markets as well. We will continue to bring top level production to MMA fans from coast to coast.” 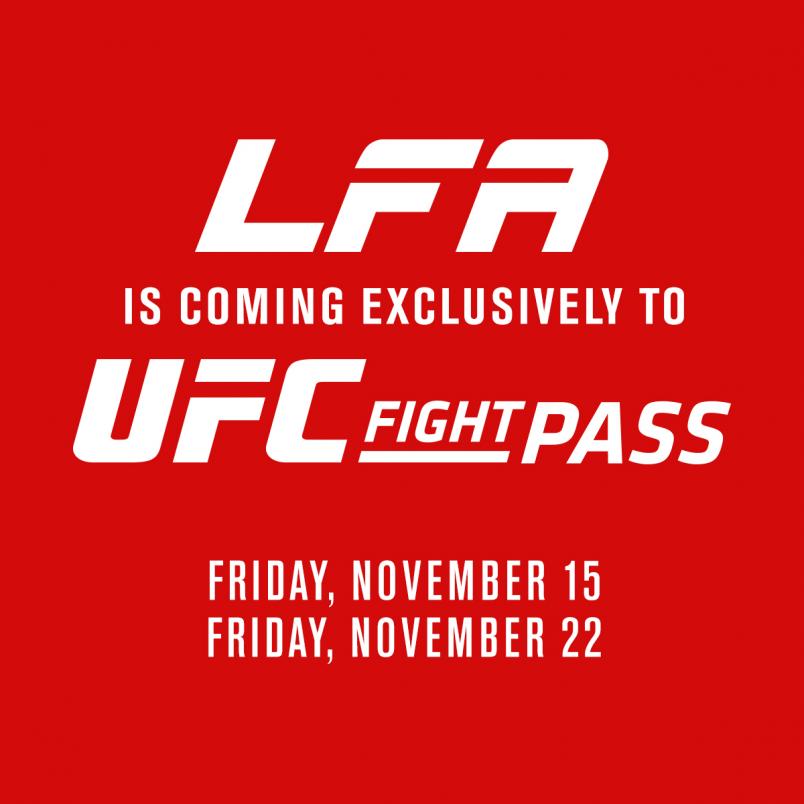 “This new relationship will only strengthen LFA as a premium provider of talent to UFC,” said LFA Vice President Mark Bieri. “I look forward to working with our existing roster and also signing new talent as we continue to provide a worldwide platform for young fighters.”

To sign up for UFC FIGHT PASS, please visit www.ufcfightpass.com