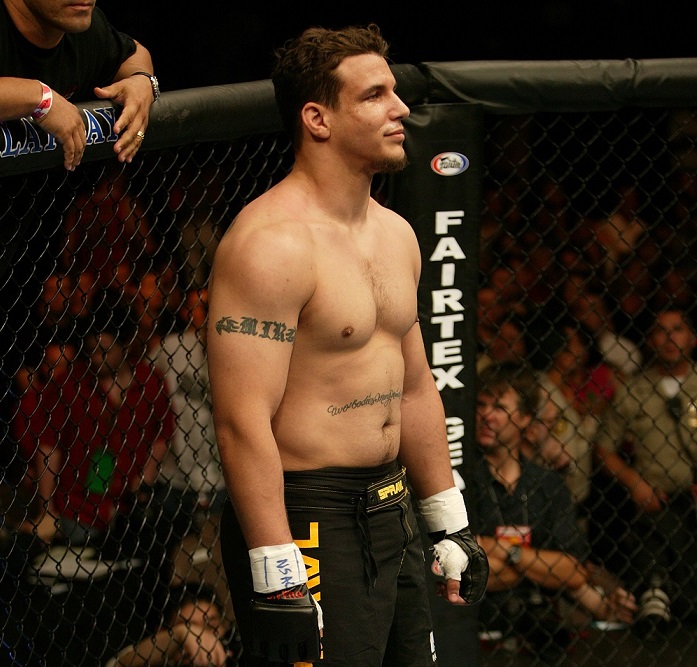 A decade removed from one of the most chaotic endings to a championship fight, UFC Fight Pass, the Ultimate Fighting Championship’s digital streaming service, re-examines the June 19, 2004 bout between Frank Mir vs Tim Sylvia in the premiere of the new Fightography series.

Available immediately at UFCFIGHTPASS.com, Fightography: Frank Mir gives subscribers the opportunity to watch all of the two-time champion’s 23 fights in the UFC, from Mir’s submission of the night debut vs. Roberto Traven at UFC 34 way back in November 2001, all the way through to his UFC 169 loss to Alistair Overeem four months ago.

There is also a newly-created first-person retrospective from Mir himself, reflecting the infamous Sylvia fight where he won the UFC heavyweight title in confused circumstances.

Long-time fans will remember that, in the opening minute of the Las Vegas fight, Mir locked in a deep armbar which broke defending champ Sylvia’s right forearm, but the only person in the Mandalay Bay Events Center to realize what had happened was referee Herb Dean.

In the video retrospective, Mir, now 35, said: “You go out there and win the UFC heavyweight belt, and you do something in life that should be a great moment, and everyone is booing. Even (MC) Bruce Buffer was thrown off and announced me as just the winner, and not the new champion. I didn’t get any recognition. It was just a bad moment.” 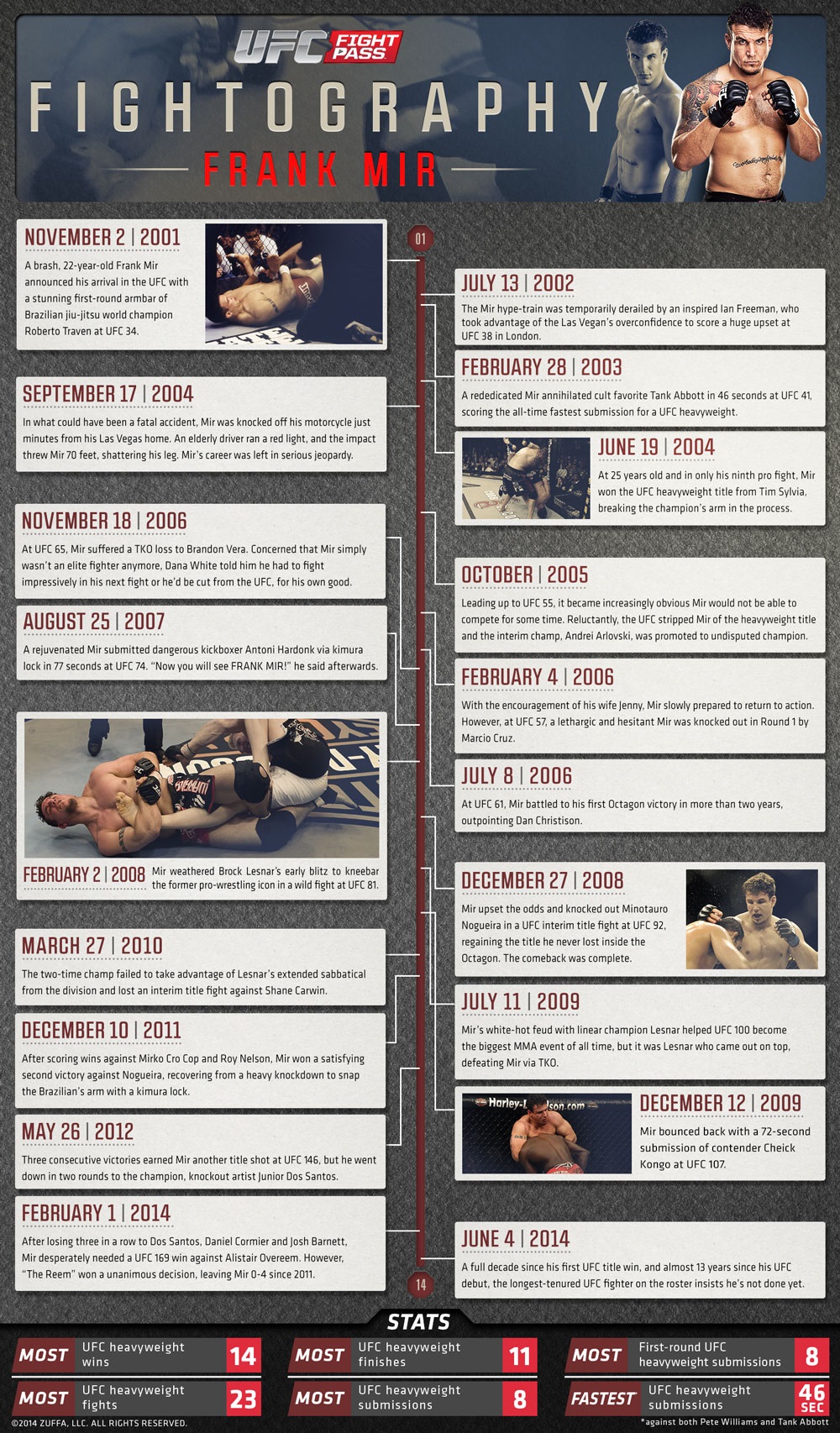 And worse was to come for Mir. Just months after winning the title, and with a long reign predicted, Mir’s career was almost ended in a motorcycle accident.

Mir recalled: “It took two years before I was seen in the Octagon again, and it wasn’t until my fourth fight back that I could let go (psychologically) and fight like myself.  I had a lot of self-doubt for a long time, that’s why winning the title back (at UFC 92) against Minotauro Nogueira was such an emotional moment for me.”

UFC chief content officer Marshall Zelaznik said: “With Fightography, we will take our fans deeper into the DNA of a key fighter or turning point in mixed martial arts history. The Mir vs Sylvia fight remains a talking point amongst fans a decade later, and Frank Mir’s incredible 13-year career in the UFC makes for a perfect premiere of our new Fightography series.”

Zelaznik added: “In addition to providing insightful first-person retrospectives from our fighters, we are also responding to the requests of our subscribers. Our “Ultimate” collections – which feature all the biggest wins of legendary fighters all in one place – remain extremely popular on FIGHT PASS but our subscribers let us know they also wanted to have their favorite fighters entire careers – wins, losses and draws – curated into a single collection. The Fightography series allows us to put all the fights we have in FIGHT PASS’s vast library in career order. In Frank Mir’s case that’s 23 fights, 14 wins, 9 losses and two world title wins.”

> Already Have UFC Fight Pass? Head Directly Over To Watch

And Zelaznik revealed there would be a new Fightography every month and added: “We are developing Fightographies on historic and legendary fighters like Chuck Liddell, Forrest Griffin and Kazushi Sakuraba. Plus, in the coming months we will have Fightographies focusing on some of the key turning points in the history of mixed martial arts.”