Following an eventful UFC 203 card in its maiden voyage to Cleveland, the UFC will be breaking ground for the first time in Hidalgo, Texas on Saturday for a UFC Fight Night event featuring the lightweight showdown between Dustin Poirier and Michael Johnson. But before the Octagon door closes for the main event, the action kicks off for UFC FIGHT PASS subscribers at 7pm ET / 4pm PT, as two TUF Latin America winners look to hold off hungry foes in a pair of compelling bouts.

This is the UFC FIGHT PASS focus on Fight Night Hidalgo… 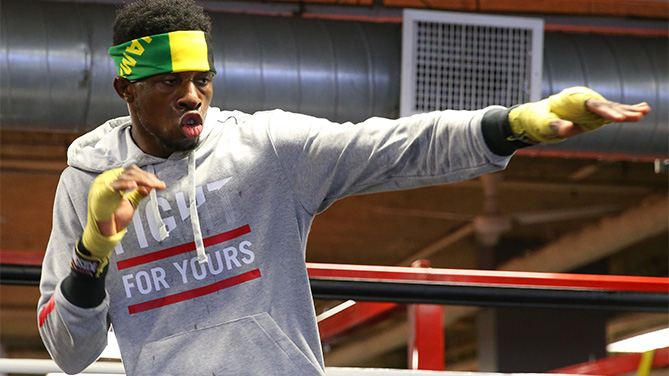 Randy Brown VS Erick Montano
Entering the UFC off the heels of a win on UFC President Dana White’s “Lookin’ for a Fight” series, New York’s Randy Brown secured a victory in his first bout over Matt Dwyer in January, but was then taken down and submitted by Michael Graves in April. So if we’re looking at those bouts, the blueprint to beating “Rudeboy” is to get the fight to the mat. That’s fine on paper, but TUF Latin America 2 winner Erick Montano is at home on his feet, just like Brown is, and he’s likely to engage in a slugfest if given the opportunity. That’s good news for the fans, but may not work out well for Montano, who does have five submission wins - all by rear naked choke, the maneuver that finished Brown off earlier this year. Brown does have a purple belt in BJJ though, and if Montano follows conventional wisdom and takes the fight to the ground, he may have to use it, making this quite the intriguing chess match.
RELATED: Morales, Montano featured in On the Rise | Hidalgo fantasy cheat sheet | Matchups - Perez vs Morales | Montano vs Brown

Albert Morales VS Alejandro Perez
California’s Albert Morales knew that UFC President White was in the crowd and watching on June 3 when he battled Mario Israel in a RFA bout that was going to be seen on “Lookin’ for a Fight,” and with the pressure on, “The Warrior” delivered, ending Israel’s night by knockout in just 20 seconds. The win got him a UFC contract, and on Saturday, he’ll face a gentleman who earned his contract by winning the first season of TUF Latin America. Now entering his fifth Octagon bout, Mexico’s Perez is 3-1 and apparently hitting his stride, if his Performance of the Night knockout of Ian Entwistle in April is any indication. Add in his work with the AKA squad in San Jose, and Perez will be a stiff test for the newcomer, but Morales has already proved that when the heat is turned up, he’s in his comfort zone.