UFC FIGHT PASS adds yet another MMA organization to platform 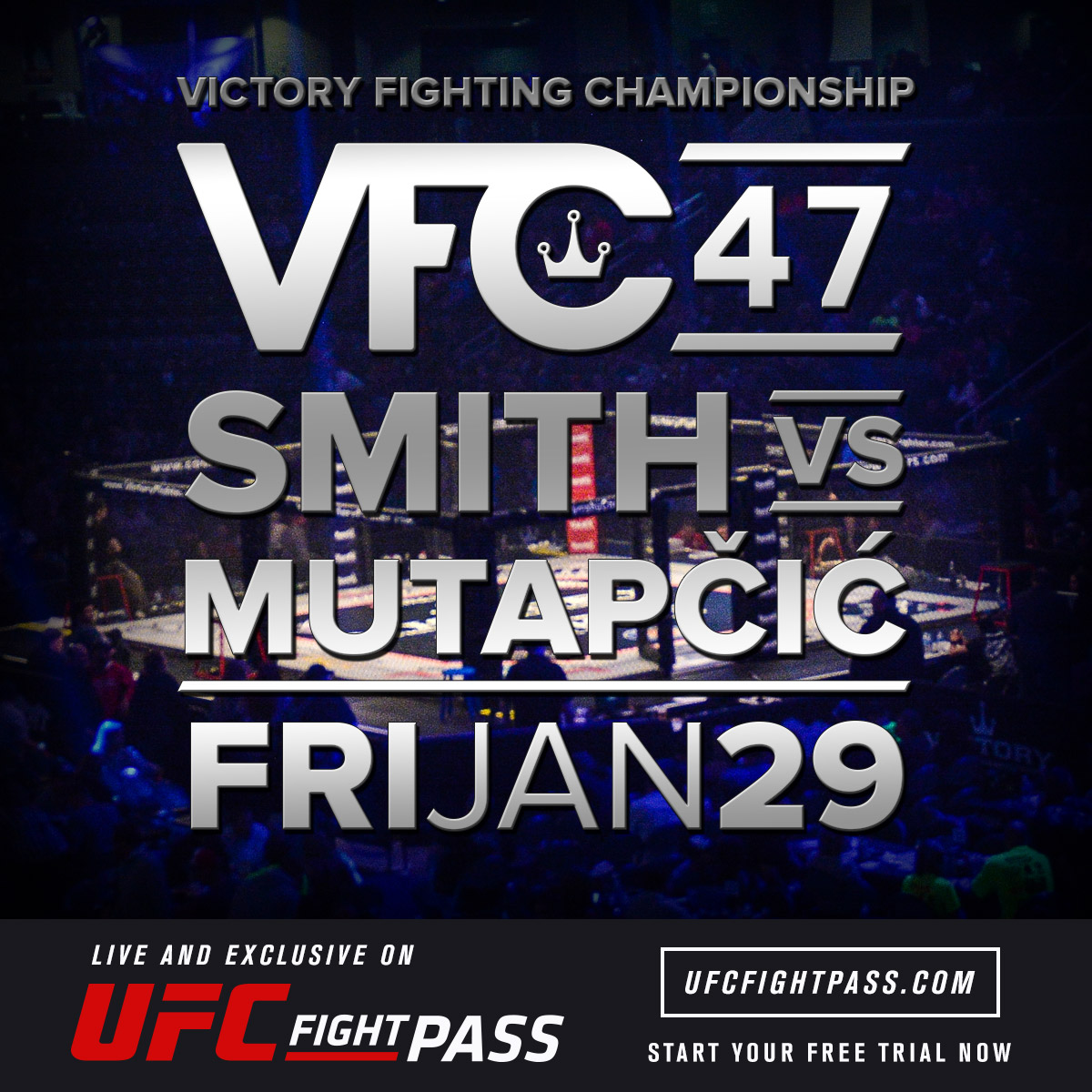 Victory FC is a leading US-based organization with a 13-year history and a passionate mid-West fan base that regularly sells out 5000-seat arenas. Victory has served as a proving ground for MMA starts like Benson Henderson, Jake Ellenberger, Travis Browne and many more.

"We are pleased to have reached an agreement with Victory Fighting Championship to broadcast their exciting events and to showcase their talented athletes to fight fans on UFC FIGHT PASS," Eric Winter. “We look forward to working with Victory and to present its professional MMA events as part of our exclusive UFC FIGHT PASS programming lineup next year."

Ryan Stoddard, owner and president Victory Fighting Championship, added: “I’m actually emotional right now. I'm excited and honored to announce that I've reached a deal with the UFC to feature Victory's events on UFC FIGHT PASS. This is a significant day for Victory and a historic day for our athletes, who now have access to a fan base of millions in countries worldwide. My deepest thanks go out to UFC for giving Victory and its athletes this incredible opportunity.”

VICTORY 47 will be shown exclusively on UFC FIGHT PASS starting at 10:00 p.m. ET/7:00 p.m. PT. The card will feature the top two fighters in its middleweight division, Elvis Mutapcic and Anthony Smith, who will compete for Victory’s vacant 185-pound title in the night’s main event headliner.

Smith is coming off a six-fight win streak, with five of those coming inside the distance while Mutapcic has won seven of his last eight.

Stoddard said: “This is a fight between two of the very best middleweights outside of the UFC. We will announce the full card soon and I can’t wait to show FIGHT PASS fans what Victory FC is all about.”