Taking a main event fight on short notice didn't rattle former heavyweight champion Fabricio Werdum one bit as he earned a unanimous decision win over Marcin Tybura to cap off the latest UFC Fight Night card from Australia.
While he's arguably the greatest submission specialist in heavyweight history, Werdum showed off his striking chops on Saturday night as he punished Tybura round after round with forward pressure and great combinations throughout all 25 minutes.
Werdum made Tybura pay with every shot he landed, including several nasty kicks to the body that left the Polish heavyweight with a gigantic welt across his midsection. Werdum kept the pressure on until the final horn sounded as he walked away with a dominant win to mark his second straight victory in a row.
While he did accept the fight without a full training camp to prepare, Werdum was an overwhelming favorite according to selections from fantasy players, with 88 percent picking him to win over Tybura.  Werdum certainly followed through with another complete performance as he takes one more step towards getting back to title contention.
RELATED: Watch Werdum's Reaction in the Octagon | Recap the Action From Sydney - Main Card | Prelims
In the co-main event, UFC newcomer Jessica-Rose Clark made the fantasy players who picked her to win very happy as she earned a split decision victory over former Ultimate Fighter competitor Bec Rawlings.
Clark was only selected by 22 percent of fantasy players, which made her one of the biggest underdogs on the card, but because she took the fight on short notice, the win was worth an extra 50 points as well as another 120 points because it was a tight matchup.
Speaking of upsets, Belal Muhammad got the job done with a split decision win of his own against Tim Means with just 26 percent of fantasy players picking him in this welterweight battle.
In his return to welterweight, Jake Matthews picked up a hard fought split decision win against Bojan Velickovic with 75 percent of fantasy players selecting him going into the card. Fellow Ultimate Fighter Nations cast mate Elias Theodorou also came through with a impressive win as he took out Australia's own Dan Kelly by unanimous decision with 77 percent of fantasy players selecting him ahead of the event. 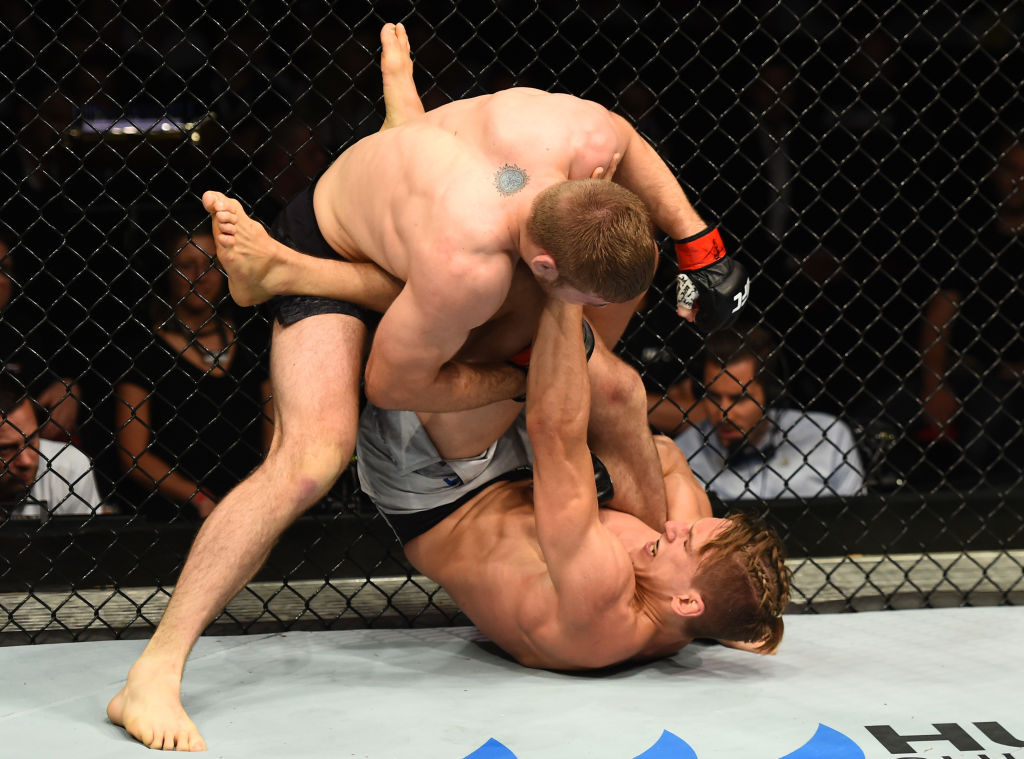