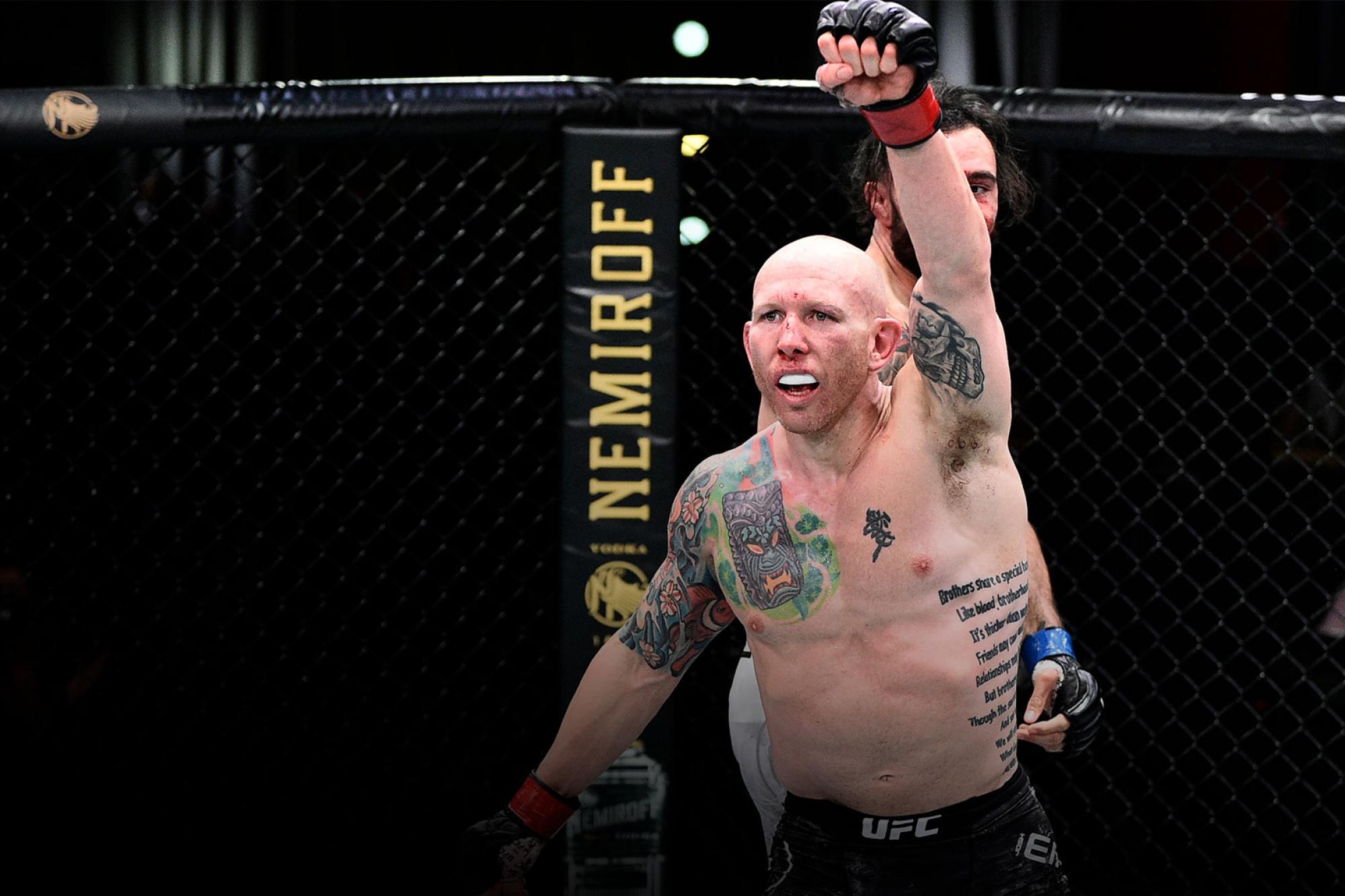 Saturday’s UFC Vegas 3 event is in the books, and now that the dust has settled in “The Fight Capital of the World,” it’s time to go to the scorecard to see who the big winners were at the UFC Apex.

Josh Emmett. Wow. Yes, he has flown under the radar for far too long, but the diehard fans know just what he has been bringing to the table since he moved back to the featherweight division in 2017. And if you’re new to the party, he’s 5-1 at 145 pounds in the UFC with three knockouts and two post-fight performance bonuses. The latest entry on his resume was a stirring three-round Fight of the Night win over Shane Burgos in one of the best fights of 2020 (sorry guys, nothing’s beating Zhang Weili vs Joanna Jedrzejczyk in my eyes anytime soon). From start to finish, Emmett and Burgos did everything possible to finish the fight before the judges got involved, and with the bout on the line in the final frame, Emmett brought the drama by scoring two knockdowns to seal the win. Featherweight is one of the hottest divisions in the sport right now, and Emmett is a big reason why.

Winning is important. Some would say it’s the only thing that matters, so when it comes to Curtis Blaydes’ five-round victory over Alexander Volkov, he got the job done. No, it wasn’t Emmett-Burgos, but it was a solid win over a tough foe, and frankly, a dominant one, despite what two of the judges scored the fight. And in the heavyweight division, the longer you keep winning, the closer you get to the ultimate prize, which is a world title. Blaydes’ win won’t put him in a fight with the winner of this summer’s Stipe Miocic-Daniel Cormier bout, but it keeps him as the next in line after Francis Ngannou, and that’s a win any way you slice it.

Jim Miller could have gotten blown out by Roosevelt Roberts in ten seconds and I still would have put him here on this list simply for his choice of Kiss’ “I Was Made For Lovin’ You” as his walkout song. Brilliant, brilliant, brilliant. But we expect this sort of thing from the man with the most fights in UFC history, and that was even before the fight began. And once that happened, Miller showed just what experience can do in this game, as he submitted Roberts in less than three minutes. Having covered Miller since his UFC debut in 2008, I’m a little biased towards the New Jersey native, but I don’t think I’m alone in wanting to see him fight for as long as is physically possible. He had a bad run that wasn’t helped by a Lyme disease diagnosis, but he’s won three of his last four and it’s a pleasure to see a true pro in action.

I’ll never forget what one of my boxing mentors, Mike Katz, told me about former heavyweight champion Chris Byrd. He said Byrd was the toughest man in boxing because he went into every fight knowing he couldn’t hurt the other guy. How does that apply to Belal Muhammad’s win over Lyman Good? Well, he had to know that the superior firepower belonged to Good, but he still stood in there, fought him tooth and nail, and even when rocked, he adjusted and made sure he was doing the right things to get the win. It was an impressive victory for the Chicagoan, who should have earned his place in the welterweight top 15 with that performance.

Now THAT was Tecia Torres. Busy, fast, mixing her striking up beautifully – that was what we’ve always expected from the “Tiny Tornado,” and when she needed to step up against Brianna Van Buren to snap a four-fight losing streak, she did, proving that when she’s on, she can beat anyone at 115 pounds. And with the experience that comes from fighting the Who’s Who in the division, if she can mix that with the performance she gave on Saturday, she may have a championship run in her.