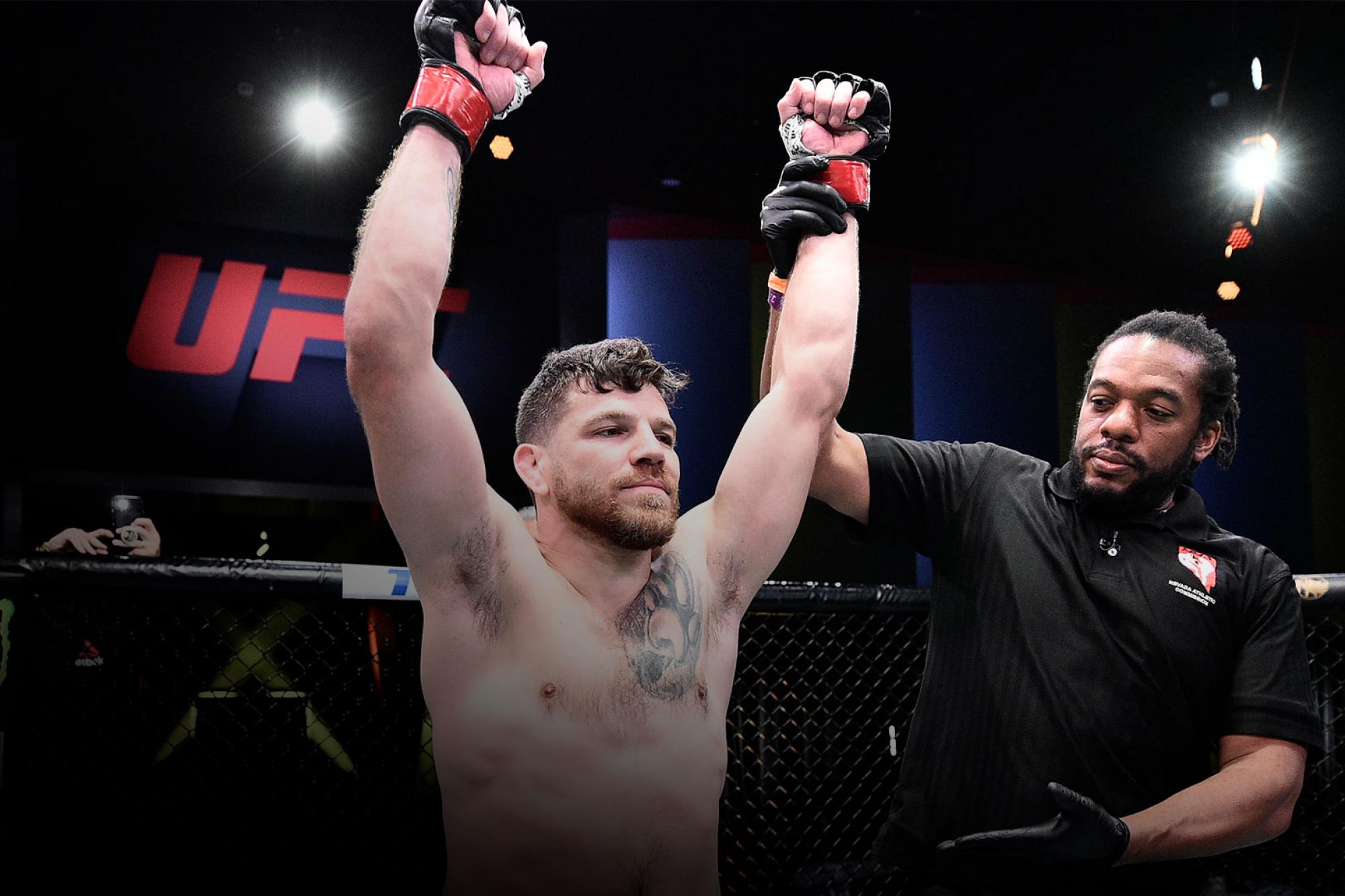 There is no quicker way to make a name for yourself in the UFC than to get a short notice knockout. That’s exactly what Justin Jaynes did in just 41 seconds at UFC Vegas 3. He took a fight on just a few days' notice against a respected fighter in Frank Camacho and absolutely delivered, taking “The Crank” out with big power shots up against the fence.

It was an impressive debut for the 31-year-old Jaynes, whose performance tied Charles Olivera for the second fastest finish in an UFC debut. It will be interesting to see what is next for the fighter from Michigan. In his post-fight interview with UFC.com, he said he was interested in fighting Drakkar Klose, who defeated him in a state wrestling tournament back in 2007. He also called out fellow UFC Vegas 3 winner Austin Hubbard.

His 160l-pound catchweight bout with the rising Roosevelt Roberts was a display of experience, as Miller patiently worked his ground game until Roberts scrambled and Miller was able to transition into a lightning fast armbar. Roberts tried to wriggle free, but when he started to attempt some standing hammerfists, Miller tightened the lock and forced a verbal tap.

The victory is an important one for Miller and helps him recapture positive momentum after dropping his last contest to Scott Holtzman in mid-February. Miller told UFC.com after the bout that he would love the chance to compete on Fight Island in July and would be open to the bout at catchweight or at welterweight.

In other words, there is no chance that Miller gives Donald “Cowboy” Cerrone an opportunity to get ahead of him on the race to 40 UFC fights.

Talk about fireworks. Josh Emmett and Shane Burgos delivered a showcase of power and precision, with Emmett leaving the UFC APEX with the win in his back pocket.

The bout had twitter raving with “potential fight of the year” reviews and that’s exactly how it should be. Both Emmett versus Burgos brought everything you could ever want in a fight. There was incredibly hard punches, adversity, knockdowns and showmanship.

In the first minute of the fight, Emmett suffered an injury to his left knee that hindered him throughout the fight, limiting his movement and preventing him from attacking the way he wanted. He told UFC.com that after the injury he felt like he was stuck playing “sock ‘em bop ‘em robots” on the outside. But one of Sacramento’s finest did what he did best, and that’s throw absolute heat.

Emmett was able to land two massive shots in the third round that sent Burgos to the canvas (with Burgos smiling the whole way down). The knockdowns tied Emmett for the second most knockdowns since 2016 in any UFC division. Those numbers are a testament to how much power is in those hands.

And while Burgos didn’t get the win, he truly belongs fighting with the best of the best at featherweight. He has an iron chin and one of the deepest gas tanks in the UFC. It will be fun to see what he does in the future.