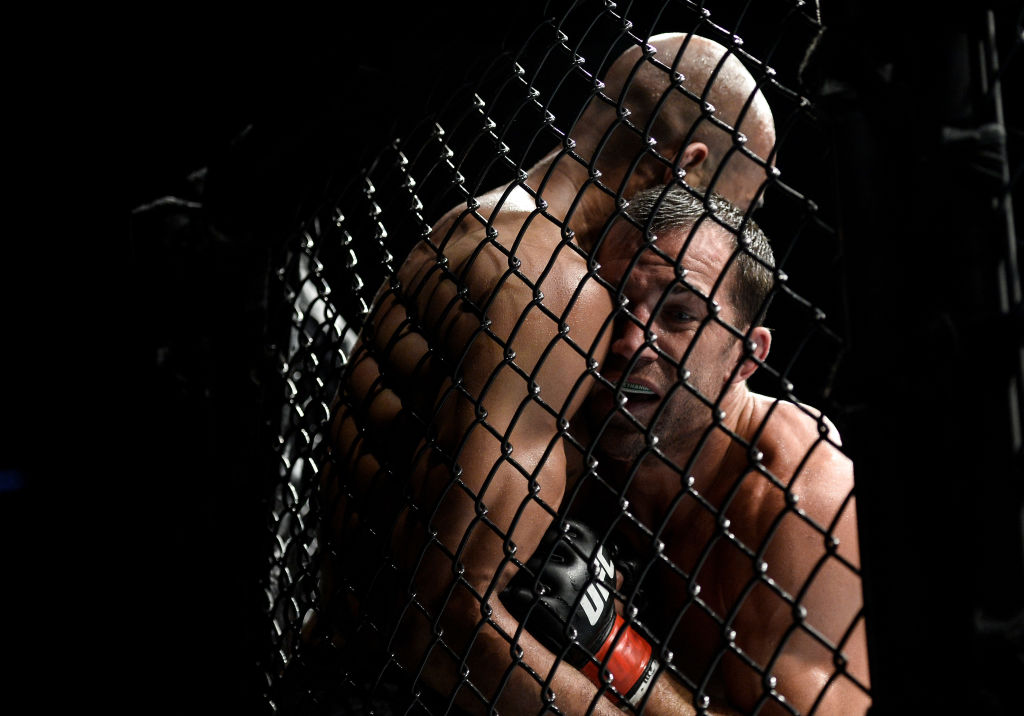 It was a long road back to the Octagon for former middleweight champion Luke Rockhold, but he made the most of his return to action after putting away David Branch in the second round in their main event fight in Pittsburgh on Saturday night. 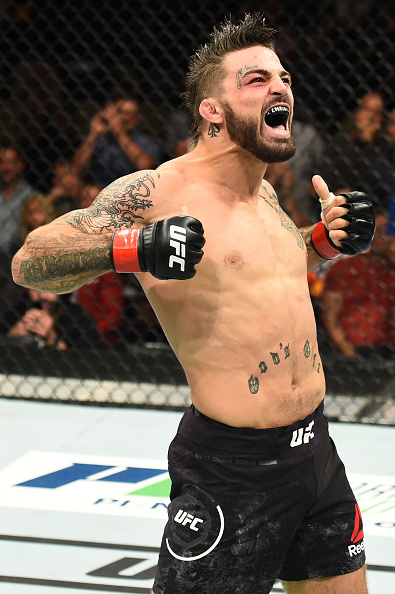 Rockhold definitely got everything he could handle early, as Branch came out head hunting and looking for the early knockout. It appeared that Branch may have rattled Rockhold during one furious combination he unleashed in the opening round, but the California native survived and only got stronger as time ticked away on the clock.

In the second round, Rockhold threw Branch to the ground with a body lock before moving into mount, where he began raining down punches from the top in rapid fire succession. Branch had no exit and eventually tapped out from the strikes as Rockhold earned the submission victory in his first fight in more than 15 months.

Rockhold was definitely a heavy favorite in the main event according to fantasy players, with an overwhelming 88 percent picking him to win against Branch. Strangely enough, Rockhold was picked by 63 percent to finish the fight by knockout, but because Branch actually tapped out, the win is recorded as a submission.

In the co-main event, Mike Perry racked up another highlight reel finish as he put away late notice replacement Alex Reyes with a vicious knee strike that flattened the UFC newcomer. Of course, Perry was a lopsided favorite going into the fight after Reyes accepted the matchup on just a few days' notice after Thiago Alves dropped off the card.

Perry was selected by 95 percent of fantasy players, with 84 percent also correctly predicting that he would win by knockout. 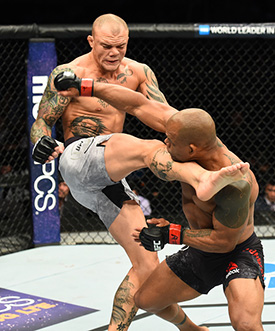 In one of the bigger upsets of the night, Anthony Smith earned a rousing third-round TKO to put away Hector Lombard in this battle of middleweights. Smith was only picked by 27 percent of fantasy players going into the fight, but he made the most of his opportunity while earning his third straight knockout inside the Octagon.

Gregor Gillespie was another heavy favorite on the card, with 75 percent of fantasy players picking him to win, and he got the job done against Jason Gonzalez, but not before they ended up putting on the Fight of the Night in a wild, back and forth brawl that had the Pittsburgh crowd on its feet.

Kamaru Usman earned his sixth straight victory in the welterweight division as he dished out a devastating knockout to finish Sergio Moraes. Usman was picked by 86 percent of fantasy players, which was a wise selection considering how he performed on Saturday night.

Justin Ledet has to sweat out a close split decision with promotional newcomer Zu Anyanwu in a heavyweight bout that kicked off the main card. Anyanwu was a late replacement who put up a solid fight, but Ledet still got the win after 68 percent of fantasy players picked him in the matchup.

On the preliminary card, Olivier Aubin-Mercier also had to eke out a split decision after 81 percent of fantasy players had predicted him to get a win over tough-as-nails lightweight Tony Martin. 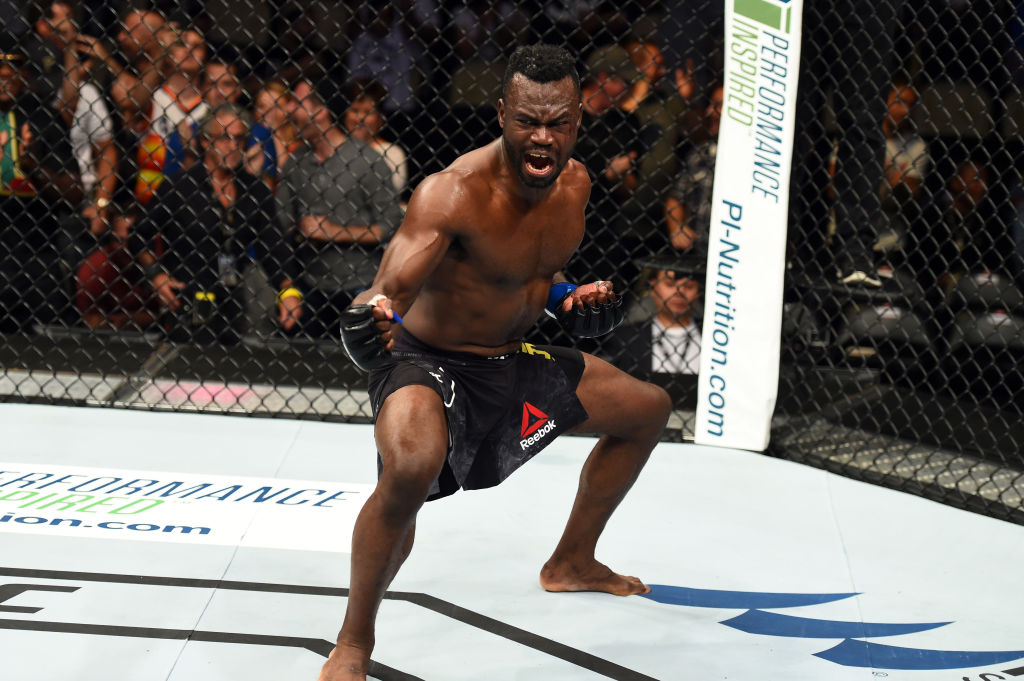 Meanwhile, Uriah Hall pulled off a thrilling come from behind KO victory against Krzysztof Jotko after nearly being finished in the first round. Hall was picked by 67 percent percent of fantasy players, with the win also earning an extra 120 points because it was such a tight matchup on paper.

Gilbert Burns also came away with a win as he kicked off the card on Saturday night with a knockout win over Jason Saggo, with 82 percent of fantasy players picking him. As it turns out, the only other upset that took place on the card was in the heavyweight division, as Daniel Spitz put away Anthony Hamilton with a stunning 24-second knockout with just 33 percent of fantasy players picking him in the fight.

At the end of the night, the favorites ruled, with eight fighters coming away victorious according to the picks made by fantasy players.