See Which Fighters Made The Most Out Of Their Opportunity At UFC Fight Night: Overeem vs Volkov
By Thomas Gerbasi, on Twitter: @TGerbasi • Feb. 8, 2021

Saturday’s UFC Fight Night: Overeem Vs Volkov event is in the books, and now it’s time to go to the scorecard to see who the big winners were at the UFC APEX.

Some wondered where Cory Sandhagen stood in the bantamweight mix after a 98-second loss to Aljamain Sterling in June of last year. Well, highlight reel knockouts of Marlon Moraes and Frankie Edgar have him right where he would have been if he didn’t lose to the number one contender, and that’s knocking on the door of a shot at the winner of the upcoming title fight between Petr Yan and Sterling. Obviously if Yan retains his title, a shot for Sandhagen is an easy sell, but even if “The Funk Master” takes the crown, I think any fight fan would want to see them run it back given the way the Coloradan has looked in his last two bouts. Either way, it’s a good time to be the “Sandman.”

With wins in six of his first eight UFC bouts heading into Saturday night’s main event against Alistair Overeem, Alexander Volkov has always been good, but against “The Demolition Man,” he was scary good, as he picked Overeem apart before halting him in the second round. It was perfect timing for “Drago,” because he has to now be in the title conversation once champion Stipe Miocic and number one contender Francis Ngannou settle their business. Of course, there are the upcoming bouts featuring Curtis Blaydes-Derrick Lewis and Jairzinho Rozenstruik-Ciryl Gane still to come, but I’m thinking one more win against one of those four contenders, and he will move closer to the fight he’s been chasing.

RELATED: Look At All Of The Results From UFC Vegas 18 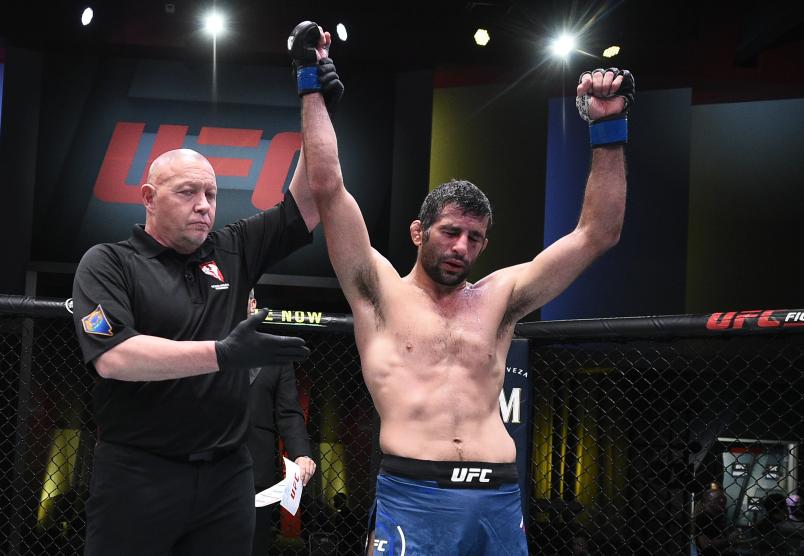 Beneil Dariush of Iran reacts after his split-decision victory over Diego Ferreira of Brazil in their lightweight fight during the UFC Fight Night event at UFC APEX on February 06, 2021 in Las Vegas, Nevada. (Photo by Chris Unger/Zuffa LLC)

My Fight of the Night pick going into Saturday night’s action was clearly the rematch between Beneil Dariush and Diego Ferreira, and those lightweight contenders did not disappoint thanks to three rounds of high-level MMA action. It’s what Dariush always brings to the Octagon, and with a big win over Ferreira that earned him some extra cash and extended his current winning streak to six, he’s almost certain to get the big fight he wants next. 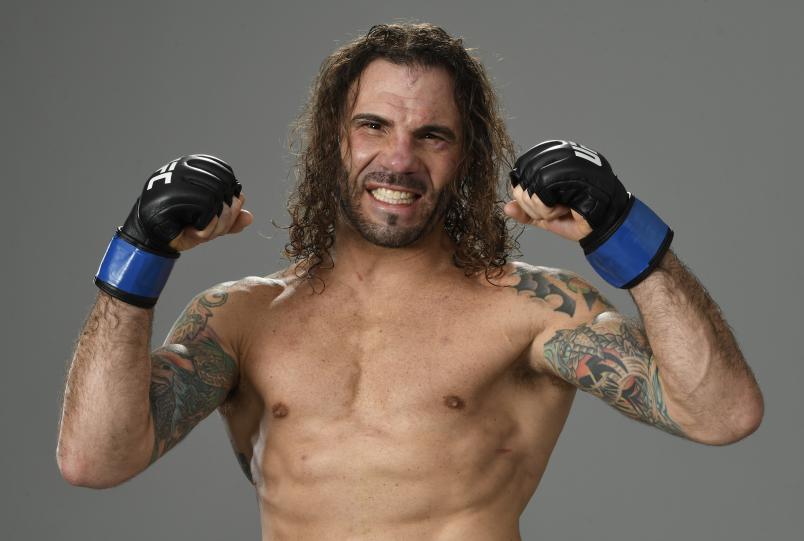 Clay Guida poses for a portrait after his victory during the UFC Fight Night event at UFC APEX on February 06, 2021 in Las Vegas, Nevada. (Photo by Mike Roach/Zuffa LLC)

Anyone who reads these post-event columns knows that I’m a fan of the old school, and not just because I’m old. Well, maybe it is because I’ve been here long enough that I’ve watched whole careers play out in the Octagon. That can make you a little sentimental, and it’s why watching guys like Frankie Edgar and Alistair Overeem on the bad end of knockouts isn’t easy to see. But on Saturday, Clay Guida pulled one out for the old guard with a vintage effort against fellow OG Michael Johnson. With his swarming pressure on point for all three rounds, “The Carpenter” may not have been pleased with his performance, but as he well knows, at this level, a win is a win, and he’ll take it.

Having interviewed Ode’ Osbourne a few times since he won a UFC contract on Dana White’s Contender Series, I’ve come to appreciate this talented young man who is also setting a good example for the youth of the school he teaches at in Milwaukee. So when he got into the UFC win column for the first time on Saturday, it was cool to see because now he’ll continue to have a platform for those kids. And yeah, a 26-second knockout win means there will be a lot of eyes on him moving forward.