Lyoto Machida got back on track in front of a raucous hometown audience as the former champion slipped by Eryk Anders via split decision in a back and forth battle in Brazil.
Following the toughest stretch of his career with three straight losses, Machida had something to prove as he stepped out into the main event on Saturday night while facing a young upstart in Anders, who asked for the opportunity to face a legend in his own backyard.
Machida's best offense came from his counter strikes as he caught Anders coming in aggressively several times while also battering the former University of Alabama football standout's legs throughout the course of the fight. Anders certainly landed a lot of power shots over 25 minutes, but Machida ultimately outworked him by the narrowest of margins to earn the victory in the main event.
While Machida had the experience edge, he still walked into the fight as the decided underdog with just 39 percent of fantasy players picking him to win. Machida showed there's still plenty of fight left in him as he was able to endure a five-round battle with one of the top up and coming talents in the middleweight division.
In the co-main event, Valentina Shevchenko lived up to her reputation as one of the best female fighters on the planet as she absolutely dismantled newcomer Priscila Cachoeira before finishing the fight in the second round by rear naked choke.
Shevchenko was the biggest favorite on the entire card with a whopping 95 percent of fantasy players picking her to win as she kicks off her new career in the UFC women's flyweight division. 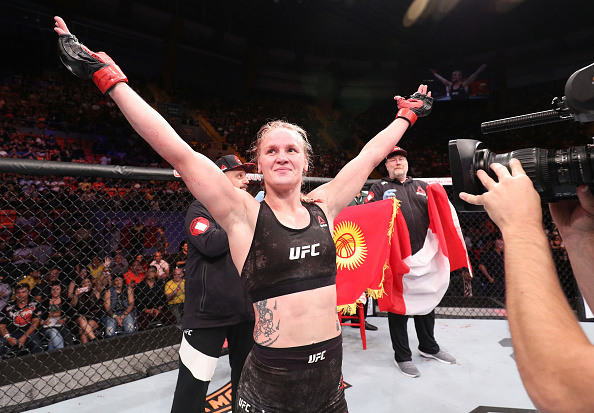