Derrick Lewis earned his sixth victory in a row on Sunday with a jaw-dropping knockout of Travis Browne in a back and forth main event that capped off UFC Fight Night in Halifax.

Lewis had to battle through a lot of adversity to get the win, however, after Browne blasted the Houston native with a series of body kicks in the opening round that had him holding on to his midsection for the better part of five minutes.

The shots to the body didn't slow Lewis down in round two because he came out gunning for Browne before finally landing a glancing right hand off of the top of his opponent's head that sent “Hapa” crashing to the canvas. Browne followed up with a few more punches until the referee stopped the fight, giving "The Black Beast" another impressive knockout for his resume.

According to fantasy players, Lewis delivered just as expected, with 74 percent picking him to get the win over Browne, while a whopping 93 percent said he would finish the fight by knockout. Consider that mission accomplished for Browne after another impressive win.
RELATED: Lewis talks backstage after victory | Hendricks Octagon interview | Tucker impresses in debut | Final results

In the co-main event, Johny Hendricks earned his first victory as a middleweight after out working Hector Lombard in a three-round battle. Hendricks used superior footwork, striking combinations and conditioning to earn the win following a tough run in his last few fights at welterweight.

Hendricks was actually one of the bigger underdogs on the card, with only 34 percent of fantasy players picking him to win, so those points definitely added up at the end of the night for those who selected him. Another 64 percent said Hendricks would win by decision, and that's exactly how he moved to 1-0 in his fresh start at 185 pounds. 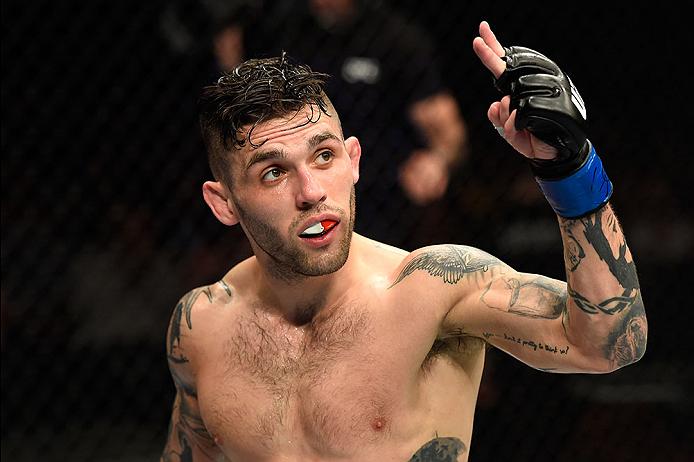 with only 39 percent of fantasy players picking him. Tucker looked very impressive while sending notice to the featherweight division that a new prospect has arrived.

As it turns out, those two upsets were the only ones that took place on the main card, with the remaining three fights all going to the favorites.

Elias Theodorou survived a late submission attempt from Cezar Ferreira to win his second straight fight after 68 percent of fantasy players selected him.

Meanwhile, Sara McMann, who was tied as the biggest favorite all night with an overwhelming 88 percent picking her to win, made short work of UFC newcomer Gina Mazany with a first-round arm triangle choke submission. As it turns out, Paul Felder was the other massive favorite, with 88 percent of players picking him to win as he finished Muay Thai specialist Alessandro Ricci in the first round to kick off the main card.

The prelims from Halifax also saw favorites getting the win in four out of five fights, with one very notable underdog pulling off a rather sizable upset.

Santiago Ponzinibbio was selected by 70 percent of fantasy players going into his battle with Nordine Taleb in the featured prelim and the Argentinean striker showed off a dazzling array of punches, including a stiff jab that battered his Canadian opponent all night long. While 78 percent of players picked Ponzinibbio to win by knockout, he ultimately got the job done by unanimous decision in an impressive outing to get his latest UFC win.

While Ponzinibbio was a decided favorite in his fight, Randa Markos pulled off the biggest upset of the evening as she earned a split decision victory over former strawweight champion Carla Esparza in a closely contested bout. Ultimately, Markos got the job done with an effective counterstriking game, but only 21 percent of fantasy players had her getting the win going into the night.

Newcomer Aiemann Zahabi earned some fantasy players a few extra points with his win over Reginaldo Vieira after 51 percent picked him going into his debut. Because it was Zahabi's first fight, players who selected him also earned an extra 40 points after he got the decision victory. 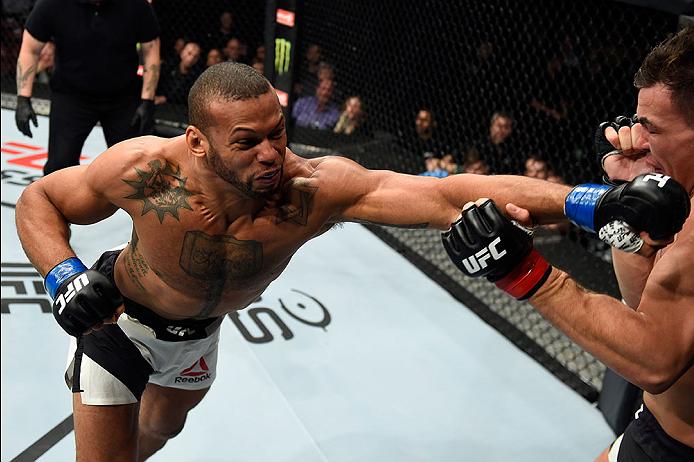 The final two prelims both ended in spectacular fashion, with Thiago Santos landing a highlight-reel wheel kick that led to the finish against Jack Marshman. Santos was a heavy favorite, with 75 percent of players picking him, and he did not disappoint with his stunning TKO victory. Meanwhile, Gerald Meerschaert moved his UFC record to 2-0 with a lightning quick submission over Ryan Janes in the opening fight of the night.

Meerschaert was selected by 76 percent of fantasy players and he came through with another impressive win while competing against Janes in his home country.

All told, eight favorites came away victorious at UFC Fight Night in Halifax with only three upsets according to the selections made by fantasy players when the card began.