All The Big Winners From Flash Forum On UFC Fight Island
By Thomas Gerbasi, on Twitter: @TGerbasi • Oct. 10, 2020

UFC will continue its run of shows on UFC FIGHT ISLAND with a pivotal matchup in the bantamweight division as former title challenger and No. 1 ranked Marlon Moraes battles No. 4 ranked Cory Sandhagen with a potential title shot on the line. The co-main event will see dynamic featherweights compete to climb the rankings as No. 14 Edson Barboza takes on Makwan Amirkhani.

Former UFC bantamweight title challenger Moraes (23-6, fighting out of Toms River, NJ by way of Nova Friburgo, Rio de Janeiro, Brazil) plans to earn his second shot at the belt by landing another signature knockout. A black belt in both Muay Thai and Brazilian Jiu-Jitsu, Moraes has proven that he is dangerous wherever the fight goes with finishes over Raphael Assuncao, Jimmie Rivera and Aljamain Sterling. Moraes now intends to become the first man to knockout Sandhagen and cement his spot at the top of the rankings.

Sandhagen (12-2, fighting out of Aurora, Colo.) returns to the Octagon aiming to secure the most significant win of his young career. A professional mixed martial artist for just over five years, Sandhagen has proven himself to be among the best in the world with wins over Raphael Assuncao, John Lineker and Iuri Alcantara. He now looks to show off his ever-growing skillset and earn his first UFC title shot with a statement victory.

What time is UFC Fight Night: Moraes vs Sandhagen? 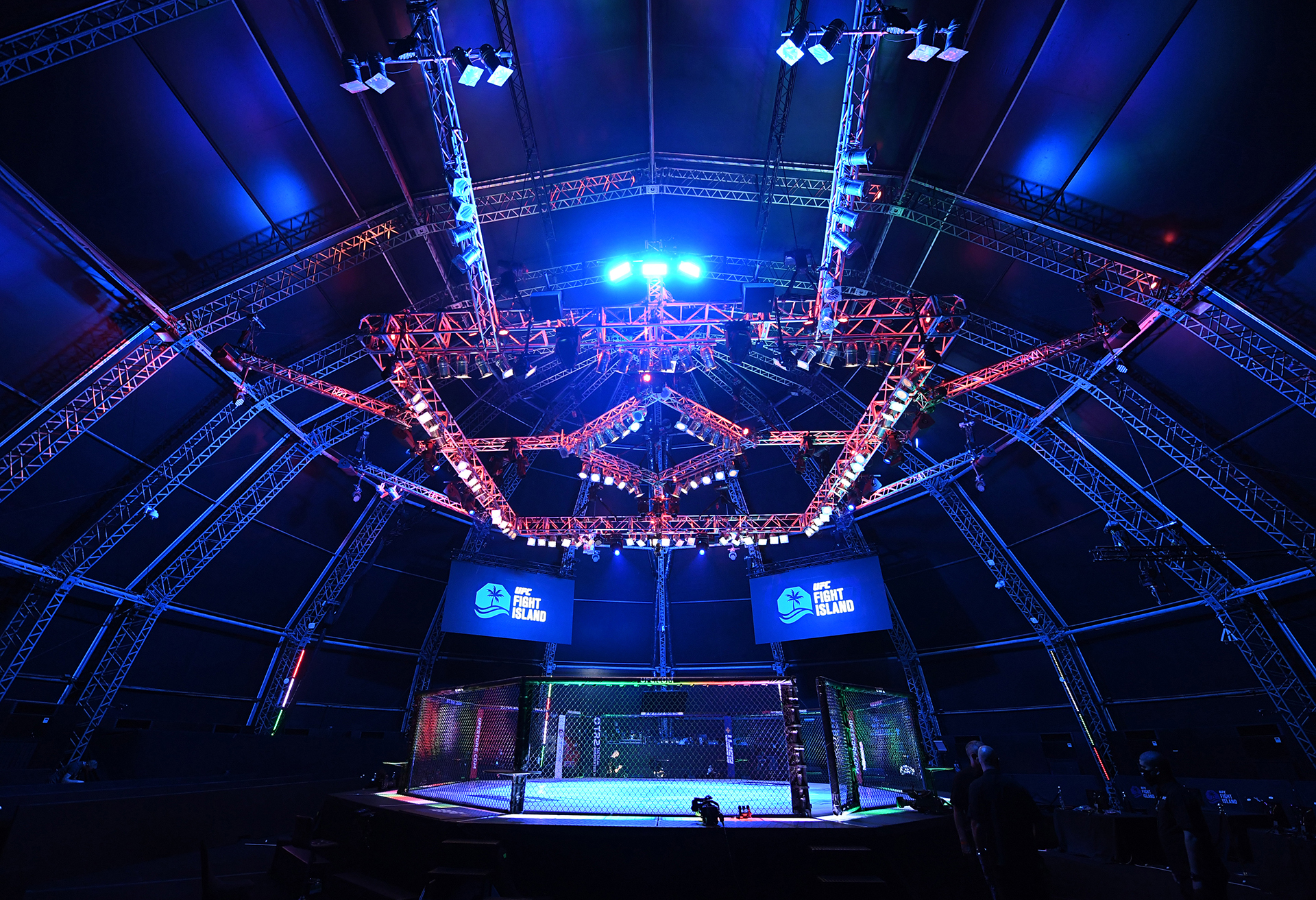 Flyweights Tagir Ulanbekov and Bruno Silva got the night off to a rousing start with an ultra-competitive three-rounder won by Russia’s Ulanbekov via unanimous decision.

Both fighters were throwing hard early and often, but while each fighter got in their share of shots and traded takedowns, it was Silva’s round thanks to a steady diet of right hands upstairs and kicks to the leg that bruised Ulanbekov. 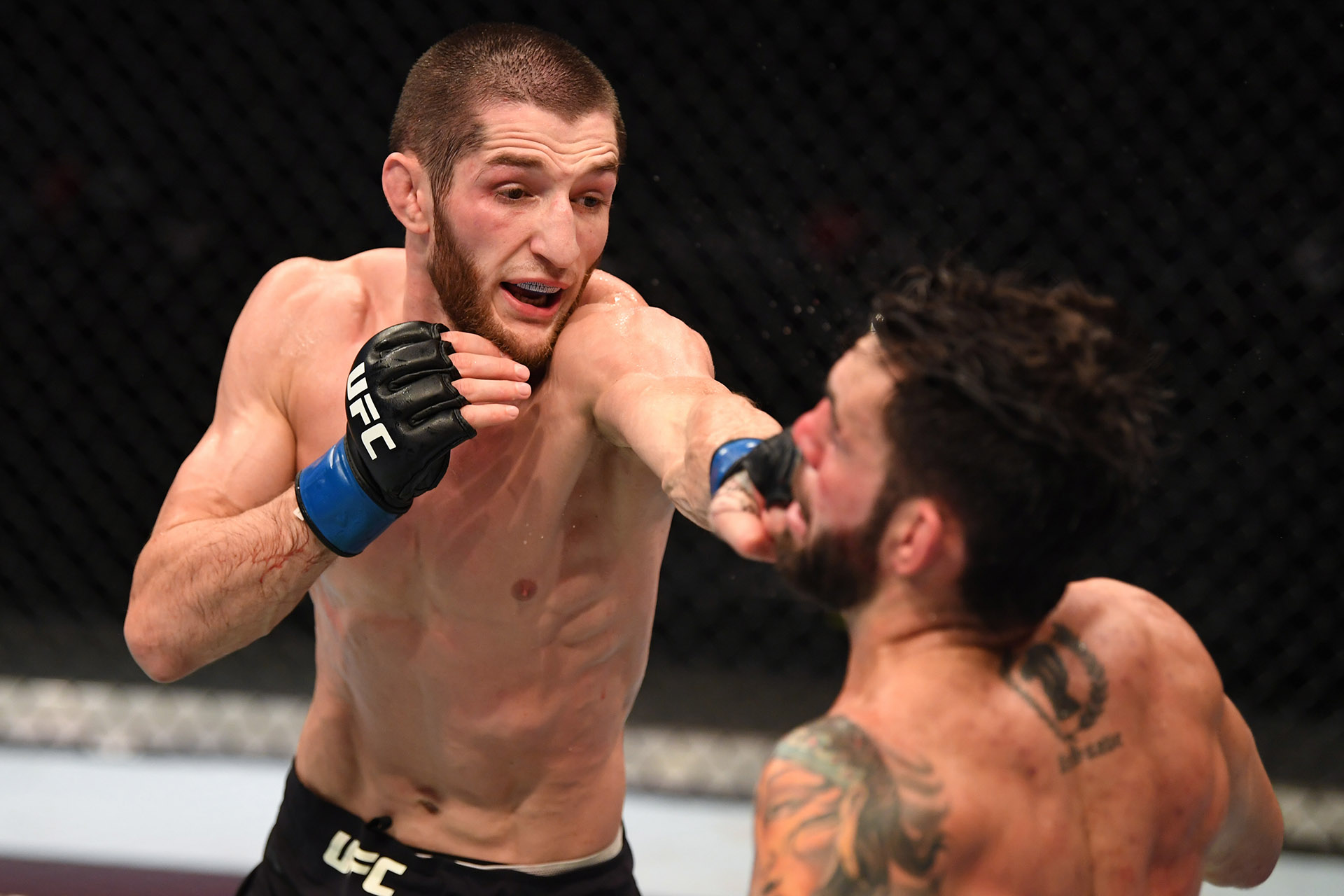 Ulanbekov (13-1) got the second off to a good start as he used his height and reach advantage well, then scored a takedown in the second minute. The bloodied Silva (10-5-2, 1 NC) scrambled to his feet with two minutes remaining and the two continued to engage in grueling grappling exchanges for much of the rest of the frame.

The third was another back and forth frame, each fighter doing whatever it took to get the win, even standing and trading blows in the closing seconds, and when the judges’ scores came in, it was Ulanbekov getting the win 30-27, and 29-28 twice.

Cortez put Egger on the mat in the second minute, and while Egger nearly caught an arm in a scramble, the Arizonan avoided trouble and took her opponent’s back, controlling matters for the rest of the frame.

Getting the takedown again in round two, Cortez had another dominant frame, with the only hiccup an upkick by Egger that got her attention briefly. Nothing changed for the Switzerland native in the third, with Cortez putting another round in the bank to secure her second Octagon victory.

Georgian featherweight Giga Chikadze moved to 4-0 in the UFC with an impressive three-round unanimous decision over the previously unbeaten Omar Morales.

There was no feeling out process in this one, with Chikadze firing off kicks with abandon while Morales fired back heat-seeking missiles in an attempt to counter. The best consistent work came from Chikadze, though, as he was comfortable and in a striking rhythm.

The second was a good round for Chikadze, as well, and while it was his offense that piled up the points, his defense was top-notch as he made his foe miss repeatedly.

With a little under two minutes left in the third round, Chikadze landed the shot he had been waiting the whole fight to land, as a right hand sent Morales to the canvas. Morales survived the ensuing barrage of ground strikes and got back to his feet, but now the outcome was clear, as Chikadze sailed to the decision victory.

Al-Qaisi the fight to the mat in the opening minute, and Kelley nearly caught him in a triangle choke before the Jordan native gained control. With two minutes left, Al-Qaisi sprung into a tight guillotine choke, but Kelley hung tough and got free, subsequently attempting his own choke from the bottom position. An armbar followed, but Al-Qaisi was able to make it to the end of the round.

Just before the midway point of round two, Kelley staggered Al-Qaisi with a knee and he moved in for the finish. But Al-Qaisi aware enough to look for some room to breathe by closing the distance and getting the takedown, and again, he got to the end of the round, scoring some points along the way.

A quick takedown by Al-Qaisi opened the third, but once standing, he got rocked again by a Kelley knee. The fight went back to the mat briefly, the resilient Al-Qaisi surviving once more and returning to his feet. A spinning backfist by Al-Qaisi followed, rattling Kelley, but a low kick from the Louisianan brought a momentary halt to the action and gave him time to recover. There would be no finish to the back and forth bout, but the two briefly got into it after the final horn, wanting to keep the battle going.

Joaquin Buckley handed middleweight prospect Impa Kasanganay his first pro loss and he also put his name in the race for Knockout of the Year in the process as he finished his foe in the second round.

Not surprisingly, Buckley was swinging for the fences, and he rocked Kasanganay early, but North Carolina prospect cleared his head and got back to business. Just before the midway point, Buckley got a takedown that resulted in a brief stay on the mat, but he was doing his best work on the feet, as he tested his opponent’s chin on a regular basis.

Buckley kept the heat on in the second, and while it didn’t look good when Kasanganay caught one of his kicks, the St. Louis product didn’t hesitate to respond, as he delivered a jump spinning back kick, and that was the end of the fight. The time of referee Kevin Sataki’s stoppage was 2:03 of round two.

Official Result: Joaquin Buckley def. Impa Kasanganay by KO at 2:03 of Round 2

Philadelphia heavyweight Chris Daukaus made it two wins and two knockouts in the UFC, halting Brazil’s Rodrigo Nascimento in less than a minute.

Daukaus hurt and dropped Nascimento with a left hook in the early going, and that was the beginning of the end. A ground-and-pound attack followed, and while Nascimento gamely got back to his feet, he was still on wobbly legs, and a final left hook brought in referee Marc Goddard to stop the bout at :45 of round one.

Official Result: Chris Daukaus def. Rodrigo Nascimento by KO at :45 of Round 1

British middleweight Tom Breese was in top-notch form in his bout with Canadian newcomer KB Bhullar, finishing his foe via TKO in less than two minutes.

Breese was on target with his strikes from the start, stinging Bhullar consistently with a southpaw jab. A flush left hand later rocked Bhullar, and then it was that jab again, this time putting Bhullar on the deck. A follow-up barrage brought in referee Lukasz Bosacki, and the fight was over at 1:42 of the opening round.

Official Result: Tom Breese def. KB Bhullar by TKO at 1:42 of Round 1

Topuria took a little time to catch up to Zalal, but once he did, a throw to the mat got him on the board, and he began working for a submission. He nearly got one on a couple occasions, but Zalal defended well and was back on his feet for the final moments of the round.

Zalal pushed for his own takedown early in round two but came up empty. That wasn’t the case for Topuria, who put the fight on the mat and went hunting for submissions again. Zalal dodged trouble again and scrambled his way into a dominant position briefly in the final minute.

Zalal nearly caught Topuria in a guillotine choke in the third round, but the Georgian got loose and took over from the top position before taking the Moroccan’s back and going for a rear naked choke. Zalal got loose and the two stood, Topuria clearly fatigued. Topuria kept pressing, though, buying time with his grappling attack until the final horn.

The pace was high from the start, Baudot throwing elbows and spinning techniques, but Aspinall adjusted well, putting the Frenchman on his back. A barrage of strikes followed, and with no response coming from Baudot, referee Lukasz Bosacki halted the bout. The time of the finish was 1:35 of round one.

Official Result: Tom Aspinall def. Alan Baudot by TKO at 1:35 of Round 1

Perez went on the attack at the start, pressuring his foe as he chased him around the Octagon. But after getting himself acclimated, Du Plessis began to settle in, and as the two exchanged blows against the fence, it was the South African landing a short left hook to the head that sent Perez down and out, with referee Kevin Sataki stepping in to halt the bout at 3:22 of round one.

Official Result: Dricus Du Plessis def. Markus Perez by KO at 3:22 of Round 1

Rothwell got off to a fast start, throwing punches in bunches as he pressured Tybura. After getting used to his opponent’s strategy, Tybura slowly worked his way into the fight, and as the bout wore on, Rothwell tired and Tybura began countering and he then led the dance. With three minutes left in the third, the surging Tybura added to his lead with a takedown, and he fired strikes from the top position until the end of the bout, securing perhaps the most important win of his career.

Both fighters were patient in the opening five minutes, neither going all-out in their attack. Barboza got in a few kicks and body shots, and Amirkhani got a late takedown after missing his first attempt, but that was the extent of the significant action.

Midway through the second round, Barboza floored Amirkhani with a right hand that bloodied the Finland product’s nose, and once the two rose, Barboza looked for the finish while Amirkhani sought another takedown. Barboza defended well and with the two standing, Barboza scored another knockdown with his right hand. Again, Amirkhani survived and got a late takedown, but the round belonged to the Brazilian.

Amirkhani got a takedown in the second minute of the final round, and he needed it. He kept Barboza grounded until referee Kevin Sataki restarted the action with a minute left, and now it was Barboza’s turn as he scored with several hard shots until the end of the bout.

On a night when Joaquin Buckley apparently locked up 2020 Knockout of the Year honors, bantamweight contender Cory Sandhagen added his name to that list in the UFC Fight Night main event, halting number one ranked Marlon Moraes with a spinning wheel kick in the second round.

Sandhagen’s kicks to the leg were on target as the fight got underway, but Moraes walked through them while trying to land big shots upstairs. Soon, both men were marked up on their legs from the kicks they were trading, but neither stopped throwing, with Sandhagen’s move to body kicks countered by a late Moraes takedown.

His confidence growing, Sandhagen stayed busy in round two, switching up his techniques with great efficiency, and as soon as he fired off a spinning wheel kick, it landed and dropped Moraes to the mat, with the follow-up strikes from the Coloradan prompting a stoppage from referee Marc Goddard at 1:03 of the second stanza.

Official Result: Cory Sandhagen def. Marlon Moraes by TKO at 1:03 of Round 2