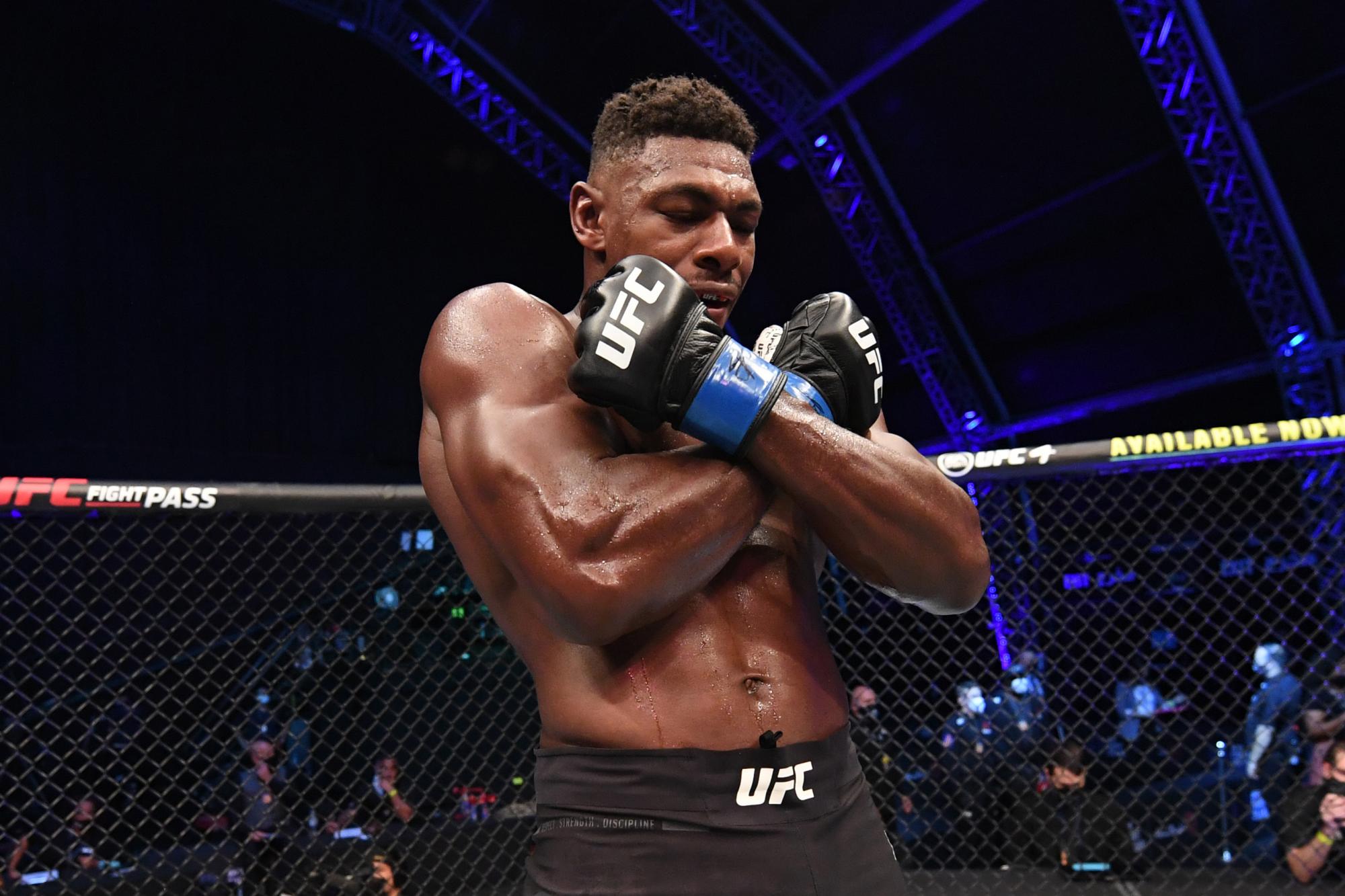 It is not hyperbole whatsoever to call what Joaquin Buckley did to Impa Kasanganay one of the greatest knockouts in UFC history.

Throwing home run shots all fight long, Buckley showed improvement over his first UFC fight against Kevin Holland. When Kasanganay caught one of Buckley’s kicks, the latter used the opportunity to throw a spinning back kick, which landed flush and shut Kasanganay’s lights out.

It was the kind of finish that gets replayed on every “Best of UFC” list for the rest of time and deserves every bit of that recognition. It was quite the way for Buckley to secure his first UFC win and hand Kasanganay his first professional loss, as well. After the fight, Buckley was adamant that he had practiced that technique regularly in the gym, and that practice made perfect when the window of opportunity presented itself. UFC President Dana White made it a point to tell Buckley he was getting a bonus at the end of the night, and in a sport where anything can happen, Buckley earning Performance of the Night was as much of a stone-cold lock as any in recent memory.

England’s Tom Breese has always had the talent and skill set that projects well in the Octagon, and when he is locked in mentally, it’s a beautiful sight. Against Canadian UFC debutant KB Bhullar, Breese was all-in, and he delivered with a TKO victory in less than two minutes of work.

Breese peppered Bhullar with strikes early, working off his jab and keeping the Canadian out of rhythm. He connected with a heavy left hand that stumbled Bhullar before dropping him with a stiff jab. The follow-up ground-and-pound forced the ref’s stoppage, and Breese was able to secure his first win in more than two years.

Philadelphian Chris Daukaus made it two-for-two in his UFC starts, getting another knockout win – this one in less than one minute.

Daukaus found success early, chipping Rodrigo Nascimento with a sharp left hook. After following with some ground-and-pound, Nascimento got back to his feet. While seeing his foe on unsteady legs, Daukus connected with another left hook that prompted the referee to stop the bout just 45 seconds after it began. It was an impressive win for the heavyweight prospect, whose speed and technical ability make his power all the more enticing when looking at the future of the division.

Suffering your first UFC loss via first-round submission doesn’t normally grant that fighter a main event slot, and yet that’s where Cory Sandhagen was as he tried to bounce back from disappointment in the summer against Aljamain Sterling. Not wanting to waste the golden opportunity against Marlon Moraes, Sandhagen looked locked in and on-point for the entirety of the fight for as long as it lasted, punctuated by a spinning wheel kick in the second round that ended the night with a bang.

To open, Sandhagen started working off his low kicks. Moraes, game and dangerous, took them with grace and fired back explosively. Sandhagen continued to mix up his attack well, connecting with punches and kicks to the body, peppering shots to the head and consistent chopping of Moraes’ lead leg.

In the second round, Sandhagen came out even faster and more aggressively. A strong body kick was followed by a left question mark kick that made its mark. A few moments later, Sandhagen yelled out, “His orbital is broken,” pointing out the fast swelling underneath Moraes’ right eye. Not half a minute later, Sandhagen threw a swift spinning kick, which dropped Moraes to the mat instantly. Some swarming ground-and-pound later, and Sandhagen came away the victor.

The ever-intriguing bantamweight division continued to add layers to its drama, and Sandhagen, who called out Frankie Edgar and TJ Dillashaw as potential next opponents afterwards, is very much in the title picture at 135 pounds. With the win, the No. 4-ranked Sandhagen moves to 13-2. The No. 1-ranked Moraes falls to 23-7-1.