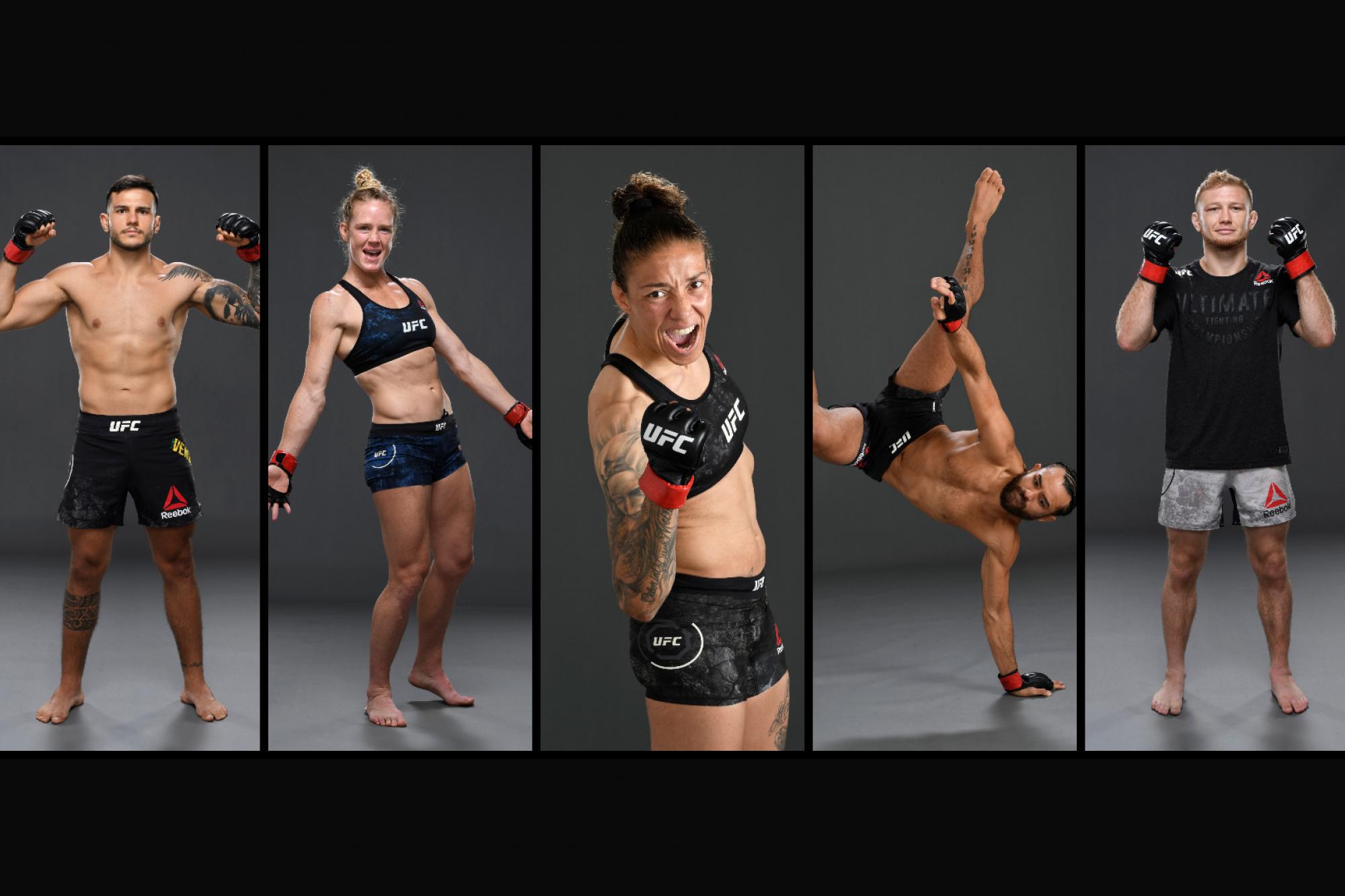 The Five Fighters That Made The Biggest Statements At The Holm vs Aldana Event
By Thomas Gerbasi, on Twitter: @TGerbasi • Oct. 5, 2020

Saturday’s UFC Fight Island 4 event is in the books, and now that the dust has settled in Abu Dhabi, it’s time to go to the scorecard to see who the big winners were at Flash Forum.

Following Holly Holm’s decision win over Irene Aldana in the Fight Island 4 main event last Saturday, some said it was Holm’s best performance since she knocked out Ronda Rousey in November 2015. I won’t go that far, as she’s had her flashes of brilliance over the last five years, but I will say it was her most complete performance since she stunned the world and brought home the UFC women’s bantamweight title. From her standup to her grappling to her Fight IQ, Holm was on for all five rounds against a hungry opponent who had a lot to gain by beating “The Preacher’s Daughter.” Holm wasn’t having it, though, and instead, she showed that there’s plenty left in the tank as she pursues another world title.

Who saw that coming? Germaine de Randamie was in a tough fight with Julianna Pena and needed to win the third round on all three judges’ scorecards to take the fight. So you would assume “The Iron Lady” would do whatever it took to keep the fight standing and avoid a grappling match. Wrong. Instead, de Randamie earned the first submission victory of her career, putting Pena to sleep with a guillotine choke. It was a pivotal moment in the career of the Netherlands native because it showed that even after coming up short in her last title fight against Amanda Nunes, she’s still evolving as a fighter and willing to go out of her comfort zone if it means getting a win. De Randamie-Holm 2? That looks like THE fight to make at bantamweight.

Kyler Phillips ain’t like the other fighters. That’s a compliment. And while I can’t put my finger on what it is that separates “The Matrix” from his peers, suffice to say that there’s just something about him, whether it’s in interviews or on fight night, that marks him as a fighter who has that star quality about him. And hey, starting off his career with two wins and two post-fight bonuses helps too. Keep an eye on Mr. Phillips. We might be talking about him for a long time.

Speaking of up and comers with star power, Luigi Vendramini has it. Returning from a two-year layoff due to injury, Brazil’s “Italian Stallion” came out gunning for Jessin Ayari’s head, and he succeeded, stopping his foe in 72 seconds. And the best part is that even after two years out, he’s still only 24. Add in the quality work he’s getting with the Factory X squad in Colorado, and the sky’s the limit for him.

Before his win over AlatengHeili, I wrote how Casey Kenney is one of those fighters who really loves his job. That’s always good to see, and he really loved it on Saturday, as he put on a three-round clinic against an opponent who defined toughness in taking everything Kenney threw at him. Now 4-1 in the UFC, Kenney is in one of the most brutal divisions in the sport, but he’s a legit rising star in it, and he deserves a spot in the bantamweight top 15 again…ASAP.