See which fighters made the most out of their opportunity on UFC Fight Island 2.
By Thomas Gerbasi, on Twitter: @TGerbasi • Jul. 20, 2020

Saturday’s UFC Fight Island 2 event is in the books, and now that the dust has settled on Fight Island, it’s time to go to the scorecard to see who the big winners were at Flash Forum. 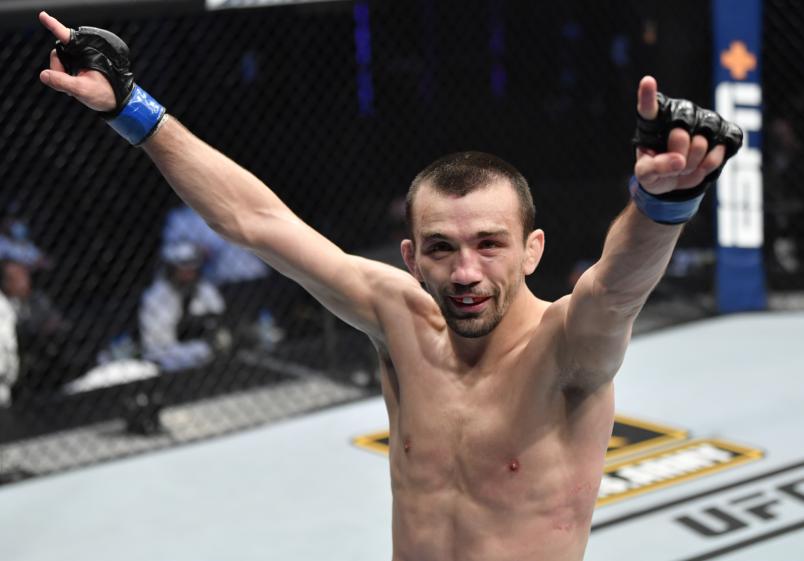 Askar Askarov of Russia reacts after the conclusion of his flyweight bout against Alexandre Pantoja of Brazil during the UFC Fight Night event inside Flash Forum on UFC Fight Island on July 19, 2020 in Yas Island, Abu Dhabi, United Arab Emirates. (Photo b

Askar Askarov may not have received the amount of hype some up and comers have garnered, but in just three UFC bouts, he drew with Brandon Moreno and defeated Tim Elliott and Alexandre Pantoja. Those are three of the best flyweights in the world. And you can add Askarov to that list because the next time he steps into the Octagon, he may very well be fighting for a title shot or even challenging the new champion. Not bad for a fighter who hasn’t even reached his one-year UFC anniversary yet.

Speaking of a fighter hitting their stride and showing what all the fuss was about, Ariane Lipski had some growing pains in her first three UFC bouts, but in her fourth one, she lived up to her “Queen of Violence” nickname with an emphatic submission of Luana Carolina. It was the kind of kneebar that would make any 125-pounder reconsider their day job, and rest assured that any future foe will have to watch out for Lipski on the feet and the mat. 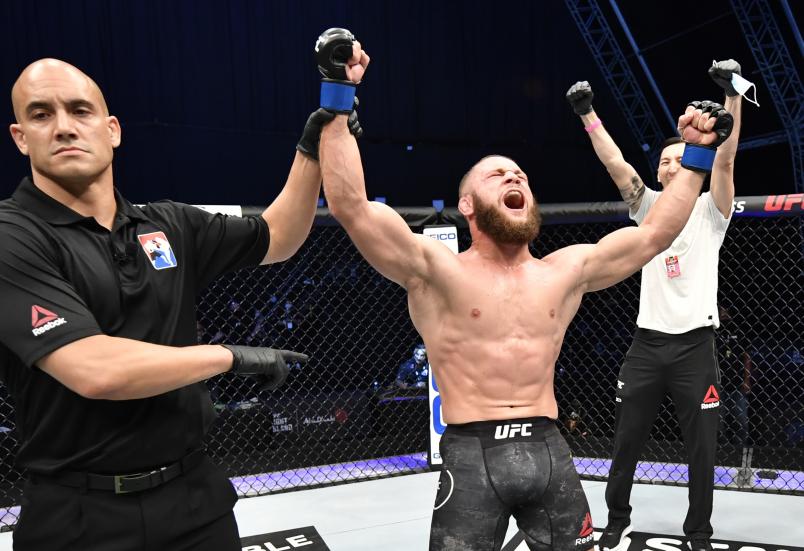 My big question heading into the co-main event was whether Jack Hermansson had recovered mentally from a tough loss to Jared Cannonier that put a momentarily halt to his middleweight title hopes. Consider that question answered in the affirmative, as “The Joker” submitted a Kelvin Gastelum who made it very clear that he was ready for the bout. Forget Gastelum’s now three-fight losing streak; this kid is still one of the best 185-pounders in the world and Hermansson finished him in less than a round. That’s a big deal, and I kinda like his plan of fighting the winner of this Saturday’s Robert Whittaker-Darren Till bout in a title eliminator. And this time I won’t count him out.

Rematches usually don’t turn out too well for the fighter that lost the first time, and that was certainly the case in the UFC Fight Island 2 main event, as Deiveson Figueiredo looked frighteningly destructive in seizing the vacant flyweight crown against Joseph Benavidez. It was one of those wins where you wonder who is going to beat this guy, because you just don’t beat Joe Benavidez like that. Luckily, we’re going to find out who can challenge the new king, as the group of contenders at 125 pounds is stronger than ever. But for now, the God of War can take a well-deserved sigh of relief. He’s the champ now.