Take A Deep Into The Key Metrics Behind The Biggest Matchups on UFC Vegas 13.
By Zac Pacleb, on Twitter @ZacPacleb • Nov. 4, 2020

(All stats according to UFC’s Record Book as of November 4, 2020, and only include active athletes in their respective division unless noted otherwise)

What It Means: “Maretta” (which translates to “Sledgehammer”) lives up to his nickname, combining dynamic striking with Earth-shattering power that carried up from his home at middleweight, catapulting him up the light heavyweight ranks. Santos throws everything with heat, whether it’s a huge overhand or powerful kick – it all carries fight-ending power. He’s coming off a major knee injury, so how that impacts the Brazilian is yet to be seen, but at all times during a fight, he can end it in a blink. When he senses an opponent wilting, he swarms to terrifying effect.

What It Means: A veteran knockout artist, Teixeira’s game has matured to make the most of his vast experience in the Octagon. Though he still has plenty of power, Teixeira’s grappling has been the shining light in several of his most recent fights, as he’s been patient while threatening for submissions when they present themselves. He showed against Anthony Smith that he can take damage and still turn the fight around quickly and, at 41, he is still very much a threat in all aspects of a fight.

What to Look For in the Fight: This bout is Santos’ first since he blew out his knee against Jon Jones more than a year ago, so how any potential rust manifests itself is a key question mark in this fight. What won’t be rusty is the power he carries in each strike, and he’s strong and technical enough on the ground to ward off any wily grappling with which Teixeira may attack. Between the two, Teixeira probably fights cleaner, but when Santos explodes, it can come with devastating impact. 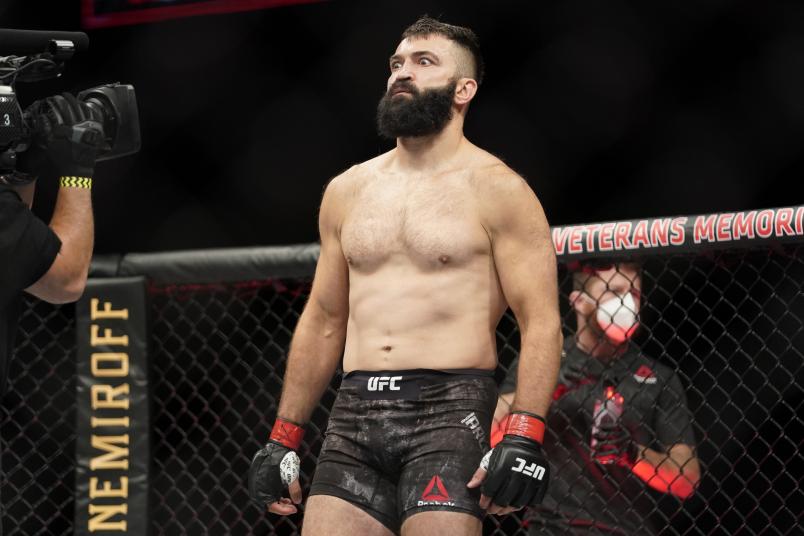 Andrei Arlovski of Belarus prepares to fight Philipe Lins of Brazil in their heavyweight bout during the UFC Fight Night Event at VyStar Veterans Memorial Arena on May 13, 2020 in Jacksonville, Florida. (Photo by Cooper Neill/Zuffa LLC via Getty Images)

What It Means: Arlovski has seen it all in the Octagon, and he remains a good barometer for up-and-coming heavyweights. He is a veteran fighter whose experience manifests itself in his patient and methodical attack, using quality footwork and diverse striking to stymie less experienced foes. He is precise in setting up his attacks and mixes in his grappling well if the fight gets too comfortable in a kickboxing battle.

What It Means: The Canadian is one of the more mobile heavyweights in the division. He darts in and out well, throwing heat in the pocket before getting back out of range and managing distance. He keeps a high work rate, as well, not letting his opponent dictate the pace too much without presenting problems for them to think about. While he definitely has power, his speed is probably the most eye-catching trait about Boser, and he’s able to capitalize on that in beginning and ending striking exchanges.

What to Look For in the Fight: These are two of the more agile, methodical heavyweights in the division. Neither looks for the one-punch finish, though both are capable of doing just that. More of their work is done in combinations and dictating the dance on the feet. Arlovski could choose to mix it up and use his grappling, as he is the more credentialed of the two, but Boser has shown good defensive wrestling when it is called upon. Boser is probably the faster and more powerful of the two whereas Arlovski is the cleaner fighter in terms of technique and holds more experience than anyone he walks into the cage with at this point.

Other Fights to Watch (Ian Heinisch vs Brendan Allen) 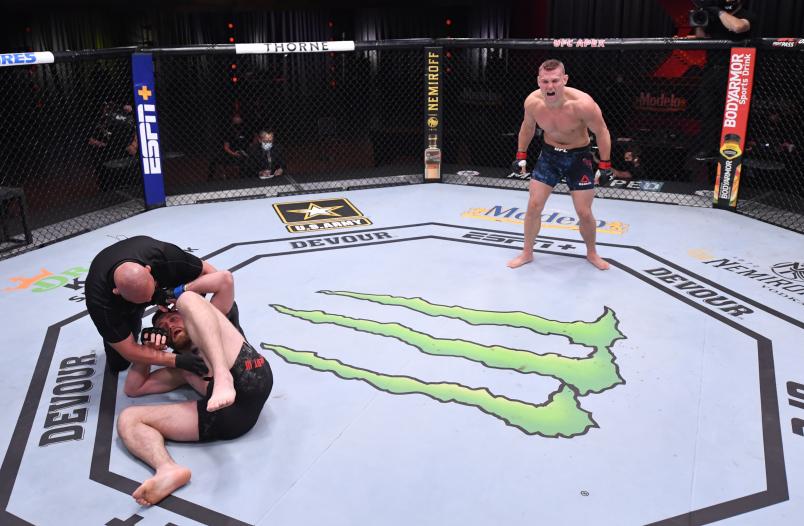 Ian Heinisch celebrates after his knockout victory over Gerald Meerschaert in their middleweight bout during the UFC 250 event at UFC APEX on June 06, 2020 in Las Vegas, Nevada. (Photo by Jeff Bottari/Zuffa LLC)

What It Means: Heinisch is a marauding physical presence who prefers to stand and bang, banking on hitting harder than his opponent. His defensive grappling has improved, and he has a strong, stocky frame that helps fend off would-be takedowns. He mixes up his striking and makes sure to vary his shots to the body and legs. He does well when he walks down his opponent and keeps them along the fence, and his footwork has continued to improve to make the most of that kind of pressure.

Read the full feature on Heinisch 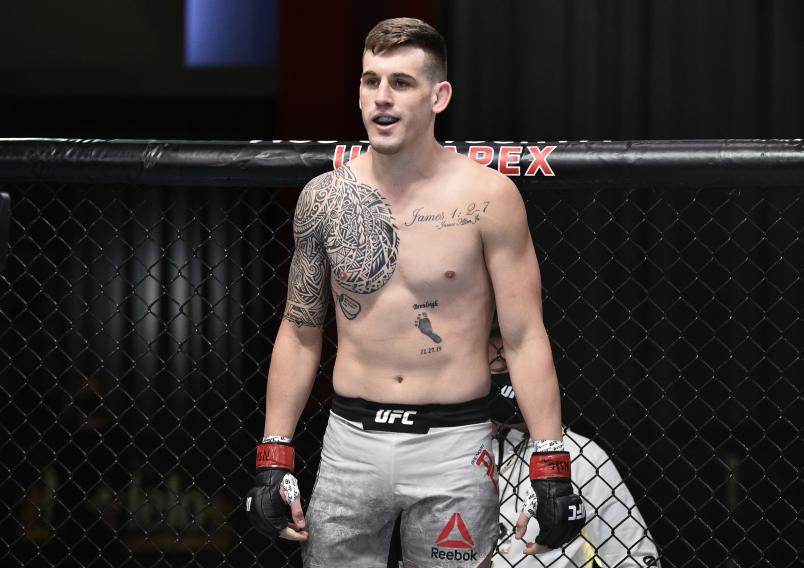 What It Means: Allen is a savvy and strong grappler with good defensive and offensive jiu-jitsu. When on top, Allen is strong with his pressure and can do some real damage with his ground-and-pound. If his opponent relaxes, he sweeps quickly and threatens with submissions, usually by taking his opponent’s back and sinking in a choke. If he’s on the bottom, he has an active guard that he’ll use to reverse positions. His striking is decent, and he mixes it in before engaging along the fence. In the clinch, he can use his long frame to connect with knees up high or post off his opponent’s face before landing a crunching elbow.

What to Look For in the Fight: Heinisch is more striking-inclined, whereas Allen prefers the fight to hit the mat, but both fighters are well-rounded enough to manage the situation if it falls out of their favor. That said, it’ll be a clash of dueling goals, so how Heinisch’s defensive grappling holds up and how Allen fares on the feet is going to be indicative of how this fight will probably go. Both are finish-minded and aggressive until the end of the fight, so this is a quality test for a pair of middleweights vying for the top 10 sooner than later.