Take A Deep Dive Into The Key Stats Of Some Of The Biggest Match-Ups At UFC Fight Night: Reyes vs Prochazka

(All stats according to UFC’s Record Book and Fight Metric as of April 28, 2021, and only include active athletes in their respective division unless noted otherwise)

What It Means: Reyes is an athletic, powerful specimen at 205 pounds who makes good on his sturdy 6-foot-4 frame. From the southpaw stance, Reyes loves using his left kicks to the body and head to break down an opponent, and he’s particularly accurate with his left straight. His right hand is educated in setting up that left hand, and he has a keen finishing instinct once he rocks his opponent.

What It Means: There is unorthodox, and then there is Jiri Prochazka. He is a shifty, long fighter at 6-foot-3 with an 80-inch reach. He’ll regularly switch stances and keep his hands low, but his speed is notable, and he packs real power in his strikes. His unusual manner of striking is based on his vast studying of different martial arts philosophies, and while he will regularly put himself in harm’s way, he does so with the trust that he’ll eat the shot to give back a bigger one to his opponent. He’s tricky with his setups for his kicks and makes a point to mix up his attack.

What to Look For in the Fight: This fight shapes up to be a good test for both. Reyes needs a win badly after dropping his last two, and he’ll have an opportunity to land plenty of power shots on the wild Prochazka. On the other hand, Prochazka threw himself in the fire right away, knocking out Volkan Oezdemir in his UFC debut. Reyes appears like he’s a straightforward opponent to face, but his footwork and awareness make him harder to track down than it appears at first look. How Prochazka’s approach impacts Reyes’ ability to process information will be key as will Prochazka’s vision. It could start as a cagey affair, but once the two open up, expect bombs. 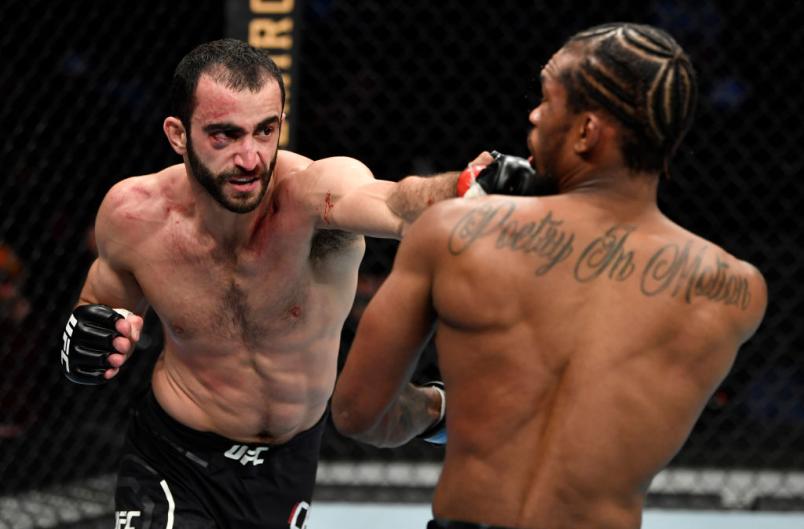 What It Means: There’s a reason “Giga Kicks” is a thing, and it’s because Chikadze unleashes a baseball bat of a leg to his opponent’s body and head when he lands. He likes to keep fights at a kicking range because of that, and he does well to fend off his opponents when they want to get into closer range. His entire kickboxing repertoire is devastating, though, and he can string together beautiful combinations when allowed the space and time. 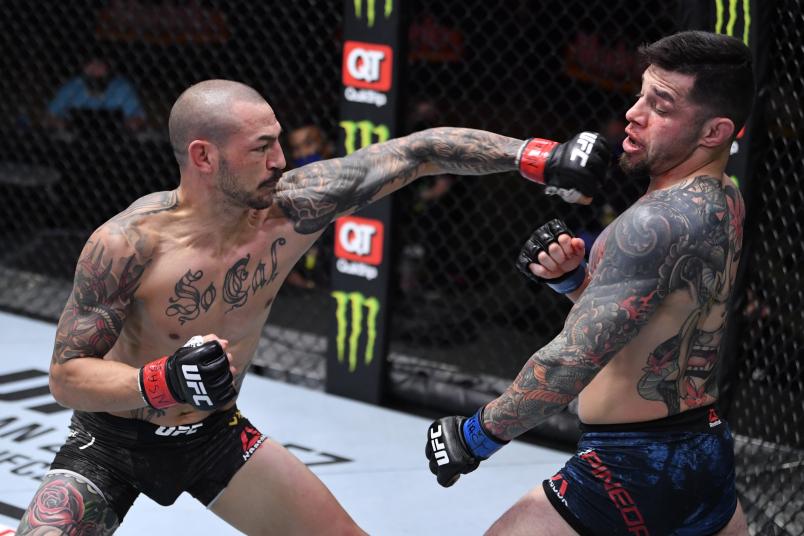 What It Means: Swanson is an all-action fighter who has seen and done everything in the Octagon. He’s a tough, durable fighter with great speed and power. He can morph into different versions of a brawler when the fight calls for it, and his experience shows in both his keen awareness and ability to adjust in the middle of a fight. His hand speed is particularly striking, and he can mix the fight up and take it to the ground with smart timing.

What to Look For in the Fight: This fight should be a fun, tactical striking battle, but Swanson shooting for an early takedown to take some steam out of Chikadze’s striking wouldn’t be surprising, either. Watch for Swanson getting into a closer striking range and perhaps try to fight in clinches against the fence to negate Chikadze's kicking game.

Other Fights to Watch (Merab Dvalishvili vs Cody Stamann)

What It Means: Dvalishvili is a takedown machine with what has seemed like an endless engine. While he’s become more skillful with his striking, it’s all means to an end. He’s a pesky grappler, hustling to beat his opponent in all exchanges, and he is undeterred if he is initially unsuccessful. He wears on his opponents constantly and is rather durable as well. 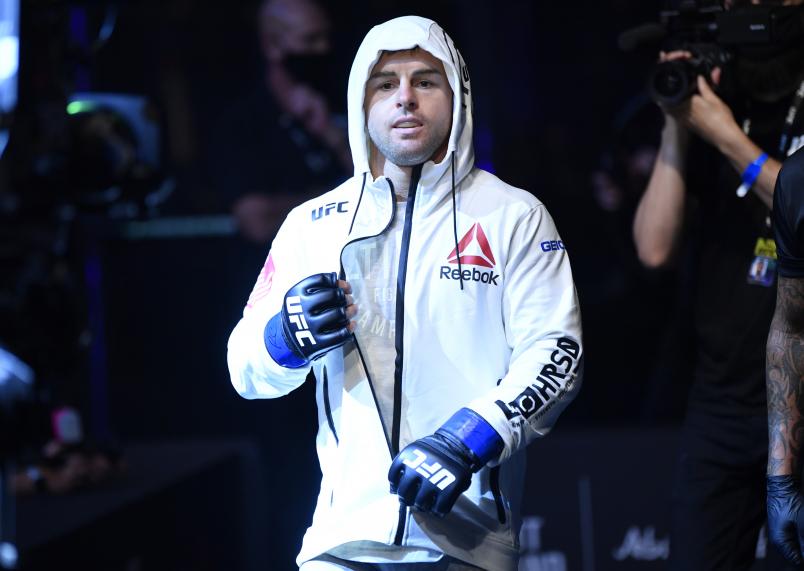 What It Means: Stamann is a pretty well-rounded fighter, though his strength and base is definitely grappling. He is a calm, patient wrestler who demonstrates good control, but he is also willing to stand and strike a bit if the fight calls for it. He’s particularly strong against the fence, and he is as good defensively grappling as he is when he is initiating the exchanges.

What to Look For in the Fight: This doesn’t seem to be one of those fights in which two grapplers end up in a slugfest. Dvalishvili is nearly single-minded when it comes to where he wants to attack, and as of late, few have been able to refute his attacks. Stamann is a strong test, though, and if the fight stays standing in large pockets, he’ll have the advantage, but he could also put Dvalishvili in the rare position of defensive wrestling and getting back up, which hasn’t been seen as much in the Octagon.