Take A Deep Dive Into The Key Stats Of Some Of The Biggest Match-Ups At UFC 261: Usman Vs Masvidal 2:

(All stats according to UFC’s Record Book and Fight Metric as of April 20, 2021, and only include active athletes in their respective division unless noted otherwise)

What It Means: Usman is a dominant physical force in the Octagon, and he has an elite sense of how to implement those dominant traits throughout a fight. His biggest strength is his grappling and the way he relentlessly grinds his opponents down to the mat, but his standup continues to improve. His jab is educated, and he does well to utilize teep kicks to the body to dictate distance. His footwork is probably his most underrated trait, and he uses it well to find holes offensively and keep his forward-pressure most efficient.

What It Means: Masvidal is a crafty, explosive striker whose love for violent combat is evident in the way he attacks each position throughout a fight. He’s sneaky strong in the clinch and against the fence, and his defensive movement often leaves him in great position to counter. His boxing is slick, and he employs a variety of setups to land his strikes, particularly a switch-step to an overhand that packs both an element of surprise and power. He does well to attack the body with kicks and punches, and his takedown defense is well-educated.

What to Look For in the Fight: The short-notice nature of their first fight dominated the narrative at UFC 251, but it was also a telling bout as well. Usman was able to control Masvidal, but “Gamebred” made the champion work until the later rounds when his cardio understandably faded a bit. Whether that holds true with both men having had full camps to prepare for each other is the question. Masvidal’s malicious striking attack is explosive yet patient, and he’s seen everything in the Octagon, including Usman. However, the champion is as dominant a well-rounded force as any, with tenacious wrestling and a gas tank that lasts well into the championship rounds. 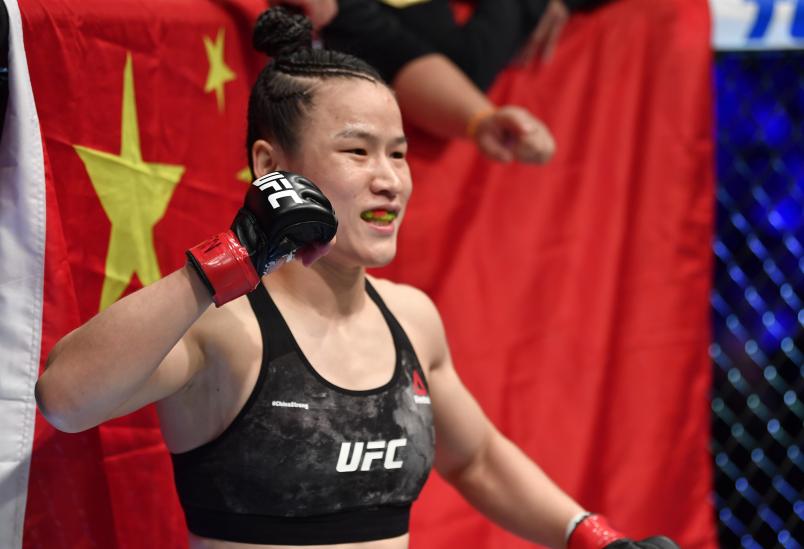 Zhang Weili of China prepares to fight Joanna Jedrzejczyk of Poland in their UFC strawweight championship fight during the UFC 248 event at T-Mobile Arena on March 07, 2020 in Las Vegas, Nevada. (Photo by Jeff Bottari/Zuffa LLC)

What It Means: “Magnum” is a ferocious mixed martial artist, carrying knockout power with a particularly resilient mentality that serves her well in the most heated aspects of fights. She counters with multiple shots and forces opponents into high-paced bouts. Her submission game is well-versed and perhaps underrated, and she makes a pointed effort to land knees and elbows in clinch situations. 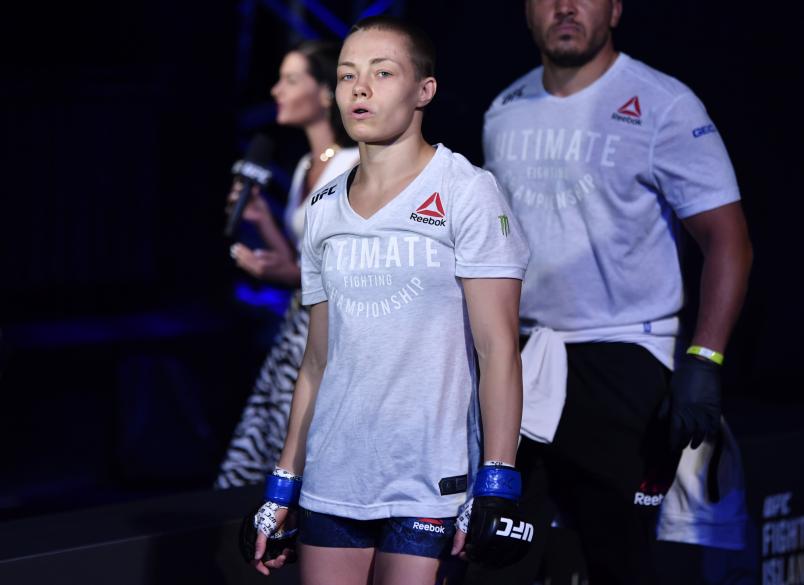 What It Means: The former strawweight champion is perhaps one of the most beautiful mixed martial artists to watch when in rhythm on her feet. Her footwork allows her to dictate the pace and distance at which the fight is fought, using her length and technical ability to poke and prod her opponent over time. She’s at her best when floating around the Octagon, stinging with straight shots and kicks, but when the fight gets into close quarters, her submission game is as vicious as her standup.

What to Look For in the Fight: Weili is going to press forward with pressure, and how Namajunas chooses to absorb and weather that attack will be telling. Few fighters seem as comfortable evading and striking as Namajunas, who can in turn reverse the tide and put pressure-fighters on the back foot. She’ll need to mind her defense when she exits the pocket though because Weili is strong at finishing exchanges last. Namajunas will be the longer fighter, so Weili’s explosiveness and willingness to get into those fire fights will be key, but these two are so well-rounded that the fight can morph several times for as long as it lasts.

What It Means: Shevchenko is as proficient a mixed martial artist as anyone on the roster, supremely skilled on the feet as both the lead and counter striker, and on the ground, she shows great tenacity in her grappling and in searching for submissions. She is perhaps most comfortable waiting on her opponent to come forward as she counters with three or four strikes. She is also adept at countering with a spinning back kick to the body that both manages distance and punishes her opponent. Shevchenko also has a keen sense of when to mix in her grappling to take the steam out of her foe. 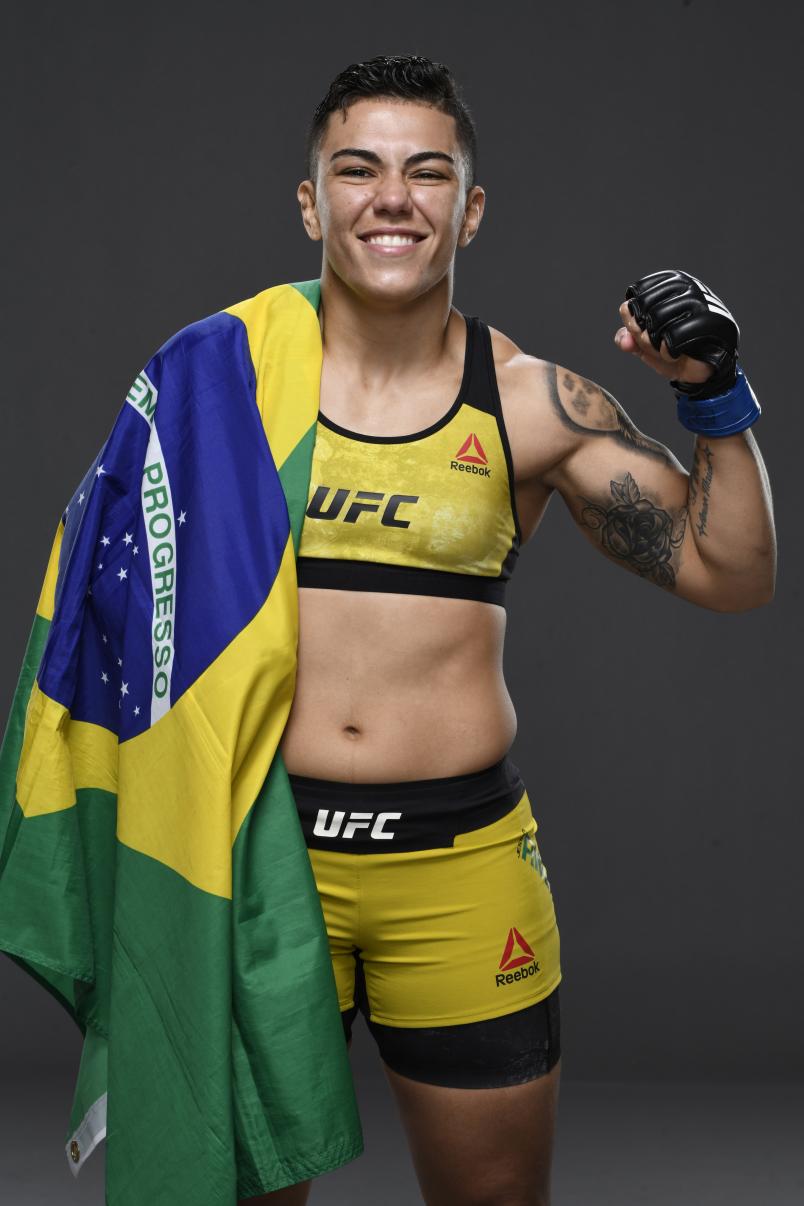 What It Means: “Bate Estaca” is a powerhouse of a fighter. She carries ferocious knockout power in her hands, and she does well to leverage her 5-foot-1 frame in grappling situations with a particular fondness for picking up her opponents and slamming them down. She is resilient, unafraid of taking several shots in order to find her own range, and once on the inside, she is quick and powerful with her strikes. She is efficient against the fence in grappling situations, where she can begin to threaten slams and other takedowns as well.

What to Look For in the Fight: Andrade is likely the one pressing forward in this matchup as Shevchenko welcomes a chance to counter. That said, Andrade is not often deterred from marauding forward through counter shots, and she doesn’t need many opportunities to land a fight-changing shot. Shevchenko is the cleaner striker and will probably be the faster of the two when striking. The fight could get really interesting against the fence, where Andrade can really impose herself and test Shevchenko’s grappling. 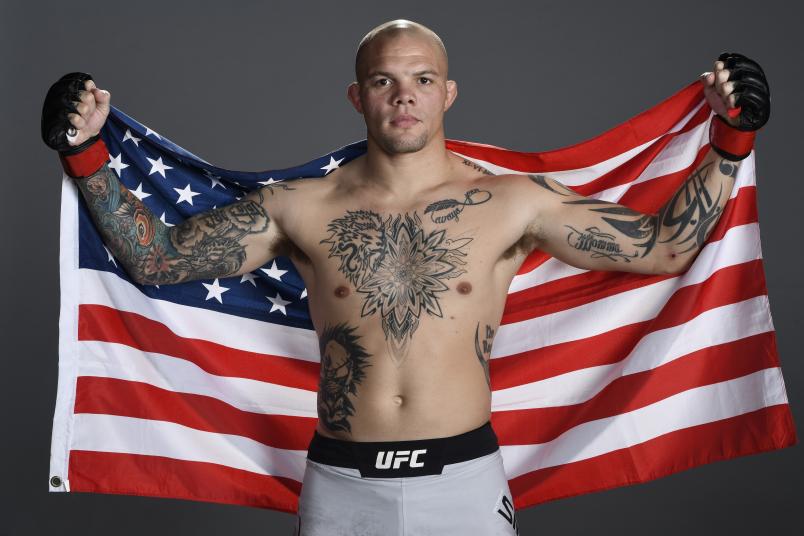 What It Means: Smith is a tough, durable fighter who uses his long frame well with rangy strikes and good cardio. He is a crafty fighter on the feet and when grappling, with submission skills that sneak up on opponents at times. “Lionheart” is a patient, experienced fighter comfortable no matter where a fight goes and he is able to adapt and adjust on the fly, which parlays well with his strong gas tank and resilience.

What It Means: One of the roster’s brightest prospects, particularly in the light heavyweight division, Crute is an aggressive fighter with an innate finishing ability. He is a powerful striker who is relatively patient when it comes to looking for his big shot, but once he stuns a foe, he shows great aggression to end the fight. His submission skills are good, and he attacks them with great physicality. In close quarters, he shows natural power off the break, as well as a keen sense of how to leverage positions to his advantage.

What to Look For in the Fight: This is a good test for Crute, who is buzzing right around the top half of the division’s rankings, but Smith is no stepping stone. Smith is the longer fighter and does well to utilize that length via straight punches, teep kicks and a good sense of distance, but Crute is also adept at finding his range or bull rushing into clinches. Once the fight gets in close, Crute could have some success grinding Smith against the fence, but he’ll need to be wary of Smith’s ability to snatch submissions. Both fighters are smart finishers who don’t necessarily chase the fight-ending sequence but have good instincts for when the opportunity rises.