Take a deep dive into the key stats of some of the Fight Night's biggest match-ups.
By Zac Pacleb, on Twitter: @ZacPacleb • Jun. 10, 2020

The UFC Apex continues its run of fights with another slate of bouts on June 13, headlined by a flyweight clash between Jessica Eye and Cynthia Calvillo.

A pair of intriguing bouts at middleweight and bantamweight feature a clash of a few fighters looking to gain traction in their respective divisions to finally make a bid at the rankings after a gradual start to their UFC careers. To find out how these fights might play out, we dove into some stats that might frame the matchups.

What It Means: Jessica Eye’s striking is her main weapon, particularly her slick boxing, often allowing her to enter and exit the pocket quickly while throwing a flurry of strikes. She’s also tough to put away, as only two of her seven losses have come via finish, and since flyweight opened, her only loss has come in a title shot against Valentina Shevchenko. Eye is as tough as they come, and as the fight goes into deep water, she is often able to make adjustments on the fly.

What It Means: Most of Cynthia Calvillo’s success has come in the grappling department, but whether she can translate that up a weight class is a major question. Calvillo struggled to make the strawweight limit, so she might seem rejuvenated at flyweight. If so, she’s a skilled fighter with strong submission skills who keeps herself out of danger when advancing.

What to Look for in the Fight: When Jessica Eye is on, she utilizes strong footwork and accurate boxing to pick opponents apart, but she is also strong in the clinch when the fight moves inside. It’s an immediate test for Calvillo’s future and how she can hang in a bigger division, and for Eye, it’s a chance to reassert herself as an important contender at 125 pounds. 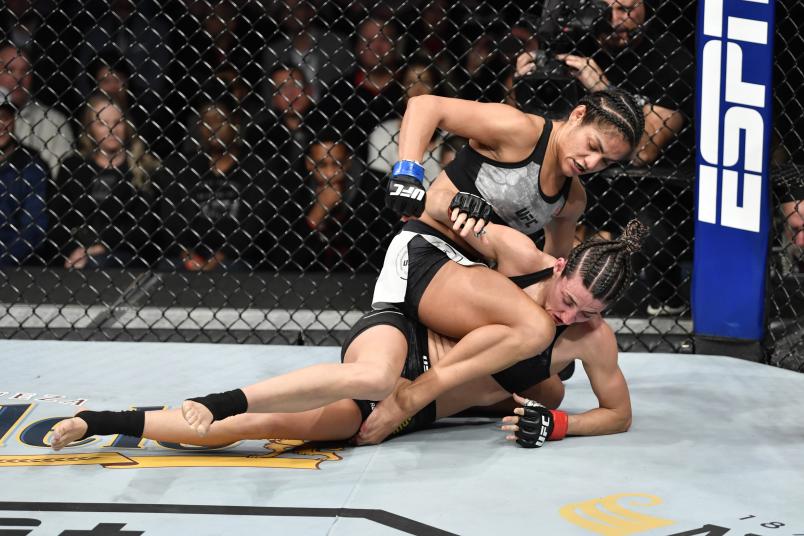 What It Means: Karl Roberson generally likes to lean on his kickboxing background, and in his last bout, he kept his opponent at distance and utilized heavy leg kicks before stringing together combinations off them. A patient striker, he generally utilizes a lot of feints to generate reactions out of his foe before picking his spots and returning with big shots. 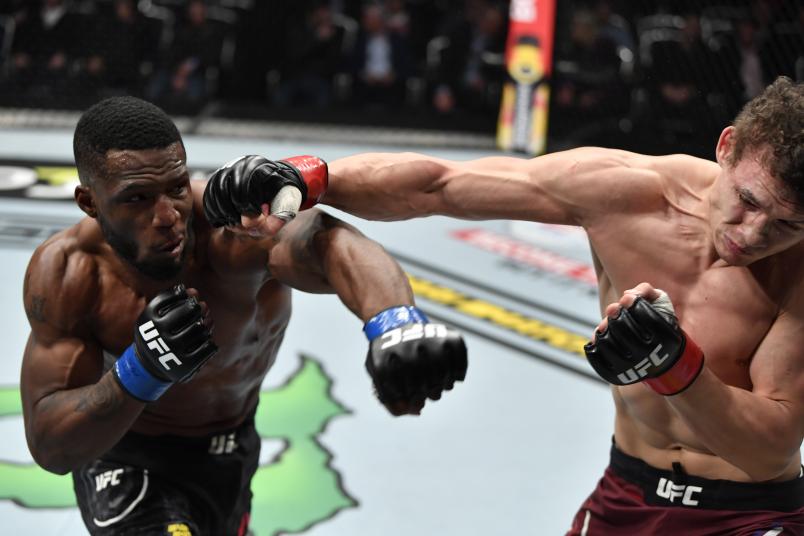 What It Means: Marvin Vettori is a tough, durable and almost maniacal fighter in terms of the pressure and intensity with which he fights. One of the stronger middleweights in the division, Since returning from suspension, he is 2-0 and has shown that he is generally solid at negating his opponent’s game plan and forcing them into a place where they’re not comfortable, and because of his well-rounded skillset, he can find success that way.

What to Look for in the Fight: The bad blood stemming from their scratched bout a couple of weeks ago is surely to boil over into the beginning of this bout, but given that neither man has been knocked out, the adjustments each man makes as the fight develops is something to watch. Vettori's durability and motor in general often makes life taxing for his opponent, and so how much Roberson recovered from missing weight for their original bout is a point of wonder as well. Expect a flurry of exchanges when the two decide to engage, and who ends up being stronger in close-quarters could prove critical.

What It Means: Merab Dvalishvili is a relentless wrestler who likes to shoot takedowns in bunches. While he might not land the first shot, he can grind away at an opponent and get them to the mat. Strong for the division, his pressure in tight spaces can really swarm his opponent.

What It Means: Ray Borg has a strong wrestling base, but against Ricky Simon, he showed he can be overpowered at bantamweight. That said, his striking continues to improve, and add that to his scrambling ability and he presents a tough challenge for his opponent in terms of gauging his rhythm and timing.

What to Look for in the Fight: Dvalishvili is explosive in his takedown attempts and smothering on the mat, but Borg’s scrambling and striking could prove problematic for the Georgian. Borg more than held his own against Ricky Simon – a wrestling-based fighter - in a split decision loss, and while Dvalishvili is stylistically different, Borg showed that he is physically up to the challenge.