This donation will help Make-A-Wish grant wishes and life-changing experiences for more than 50 kids with critical illnesses.
By Gavin Porter • Jan. 9, 2019

UFC COO Lawrence Epstein made it clear that the UFC will continue to work closely with the foundation, in order to support their incredible efforts to positively affect the community.

“Make-A-Wish Foundation is such a special organization and we are proud to support it,” Epstein said. “When you see how this tangibly effects people lives, it’s easy to realize that this is a cause that we need to contribute to. It’s something that aligns with our community goals and we’re very proud to be part of it.”

The donations were raised during two separate campaigns for UFC 229, which took place on October 6, 2018. 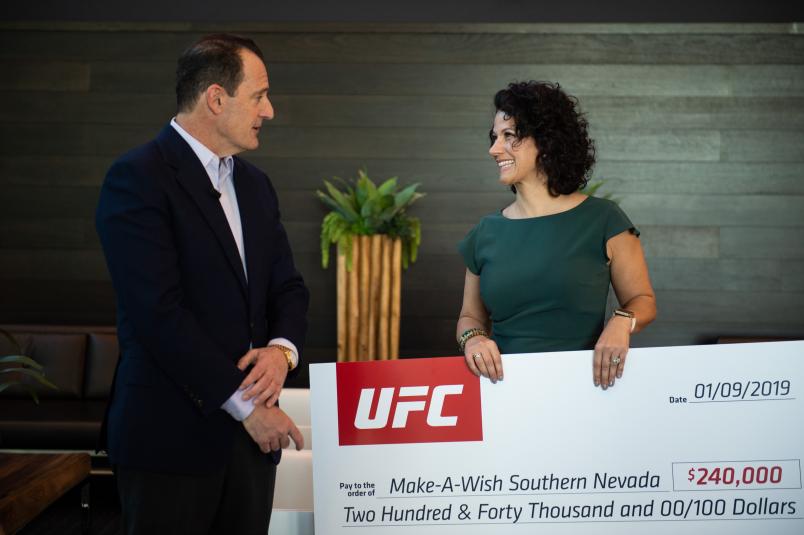 The UFC produced a global sweepstakes with Omaze, where two winners won a UFC VIP Experience trip to UFC 229 with the net proceeds of that campaign going to the Make-A-Wish Foundation. In addition, the UFC raised more funds by hosting UFC 50/50 raffle at T-Mobile Arena during UFC 229.

“It’s amazing that our fans stepped up and wanted to be a part of something impactful,” Epstein said. “We will continue to support Make-A-Wish in 2019 and beyond.”

Caroline Ciocca, President and CEO of Make-A-Wish Souther Nevada, accepted the funds on behalf of the organization. Ciocca also expressed how much this means to the foundation and the effect it will have. 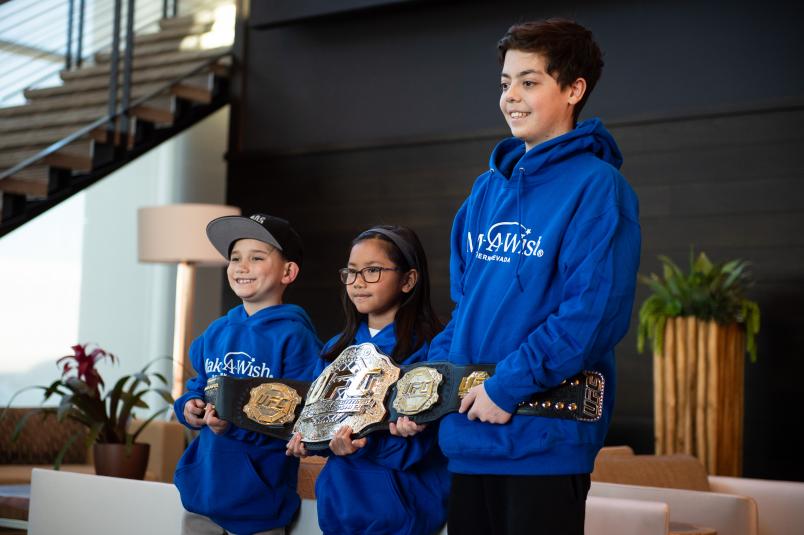 “It means so much to our organization. It sends the message that we have a strong corporate community that is passionate about giving back,” Ciocca said. “The money will help us grant more wishes and find more eligible children. And while the money is critical, it’s the effect that it has on people that is most important.”

The Make-A-Wish Foundation of Southern Nevada is hosting its 2019 Walk For Wishes on March 9th, 2019. Click here for more information.

If you would like to donate or volunteer for the Make-A-Wish Foundation, please visit Wish.org.

Gavin Porter is a digital producer and writer for UFC.com, follow him at @PorterUFCNews.