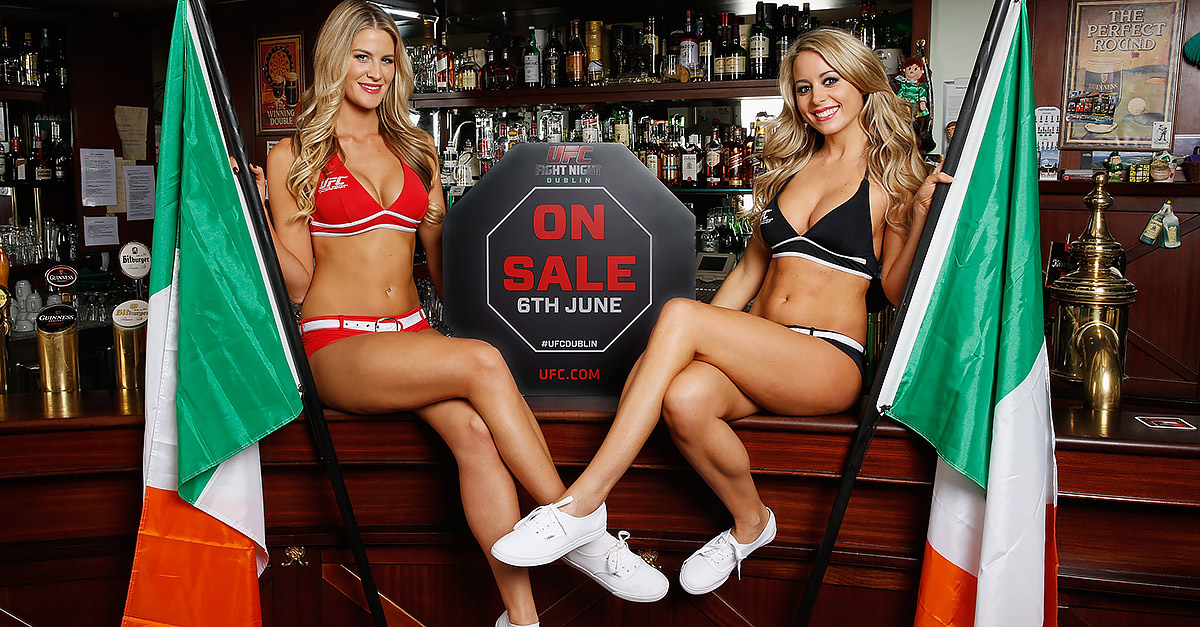 UFC Fight Night Dublin: McGregor vs. Miller will take place at the 02 in Dublin on Saturday 19th July and will see feisty Irishman “The Notorious” Conor McGregor up against fast rising featherweight Diego Brandao in the main event.

The two featherweights, and fans alike, have been requesting the matchup since the athletes engaged in a heated exchange on social media, repeatedly calling each other out.

McGregor will be making his comeback in front of his home crowd after several months on the sidelines as a result of an ACL tear. Irish fans have been waiting to see McGregor on home soil ever since his impressive UFC debut against Marcus Brimage at Fight Night Stockholm: Latifi vs Mousasi.

Tickets to the event, which is the fourth of six UFC events taking place across Europe and the Middle East this year, are priced from €50 and will be available via www.ticketmaster.ie and www.theo2.ie.

Fight Night Dublin will also see Gunnar Nelson vs. Zak Cummings go head-to-head in the co-main. Nelson, fighting out of Reykjavik, Iceland, comes in to this bout off an impressive unbroken run of 12 wins, the latest of which was a Round One victory over Omari Akhmedov at Fight Night London: Gustafsson vs. Manuwa.  Cummings is currently on a four-fight winning streak with Octagon victories over Benny Alloway and Yan Cabral. Originally scheduled to face Kenny Robertson on July 16th's UFC Fight Night event in Atlantic City, he will now be stepping in to the Octagon in Dublin on the 19th.

Irish eyes will also be on Flyweight Neil Seery who takes on Englishman Phil Harris. Both fighters will be looking to bounce back after recent losses at Fight Night London.

“Filthy” Tom Lawlor from the USA will be taking on Ilir Latifi, fighting out of Malmo Sweden. Lawlor and Latifi both come in to this Light Heavyweight bout off of wins, against Michael Kuiper and Diabate respectively, and will be looking for more of the same in Dublin.

A second Swede, Tor “The Hammer” Troeng, is on the card and will be facing Trevor “Hot Sauce” Smith in a battle of the Middleweights. Troeng will be looking for a return to his winning ways, with just one recent loss blemishing a five-win run.

Two fights on the card are yet to be announced, but a women’s bout is looking like a possible addition.

Fight Club™ members will have an exclusive opportunity to purchase tickets to this event from 10am on Wednesday 4th June via the website www.ufcfightclub.com. A special internet pre-sale will also be available to UFC newsletter subscribers from 10 am on Thursday 5th June. To join UFC Fight Club™ or to register for the UFC newsletter go to UFC.com.

All bouts are live and subject to change. For more information visit ufc.com