UFC debuts in Edmonton in September 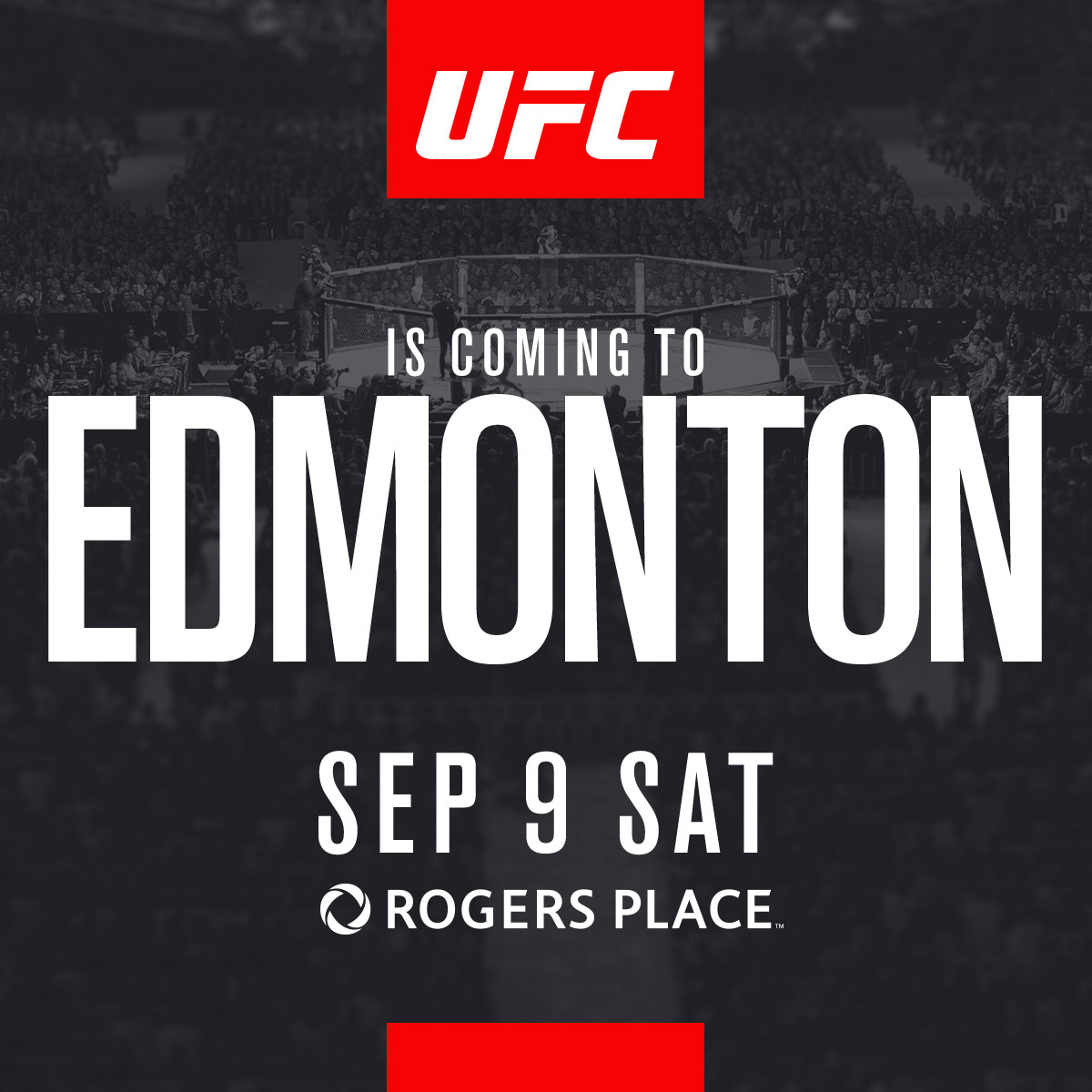 Edmonton, Canada – UFC® announced today that it will stage its first-ever event in Edmonton at Rogers Place on Saturday, September 9. Edmonton now becomes the 10th Canadian city to host a UFC card. UFC® 216 marks the UFC’s second Canadian event this year, following a successful return to Halifax in February.

“We are thrilled to hold our first pay-per-view event in Edmonton,” Joe Carr, UFC Senior Vice President, Head of International and Content said. “Fans have long been asking us to bring the Octagon® back to Alberta, and we can’t wait to deliver a blockbuster event at state-of-the-art Rogers Place this September.”

“Edmonton is a great sports city and what we’ve been able to accomplish, and the energy and excitement we’ve been able to bring to Rogers Place is truly remarkable,” Bob Nicholson, Oilers Entertainment Group CEO & Vice Chair added. “I can’t think of a better way to celebrate our one year anniversary and say thank you to fans in Edmonton and across Western Canada than by bringing a championship UFC fight to Rogers Place.”

Ticket and card information will be released at a later date.

UFC ® 216 will be available live on pay-per-view on Saturday, September 9 at 10 p.m. ET/7 p.m. PT on UFC.TV, iN DEMAND, DirecTV, DISH Network, Vubiquity, and in Canada on BellTV, Rogers, Shaw Communications, Sasktel, and Canal Indigo for a suggested retail price of $49.99 US/CAN for Standard Definition and $59.99 US/CAN for High-Definition.

For more information or current fight news, visit UFC.com. All bouts live and subject to change.
Save