UFC Comes To The Philippines

Mark Muñoz raised his arms and drank it all in – the adoring faces and applause of his Filipino people surrounding him; the warmth generated by their passion and respect. The peace that comes with knowing you have made the right decision.
> WATCH: Fight Night Manila: Weigh-in Highlights | Media Day Highlights | Open Workout Highlights

At the massive SM Mall of Asia on the shores of Manila Bay, the thick, sultry evening air wrapped around Muñoz this week and welcomed him to the land where his parents were born.

“Thank you so much for being here!” Muñoz told the crowd after he showed them his best moves during UFC Fight Night Manila’s open workouts “I love being here. This is like a dream come true for me to fight in my country, my heritage. From the traditions to the culture, I’m all Pinoy!” 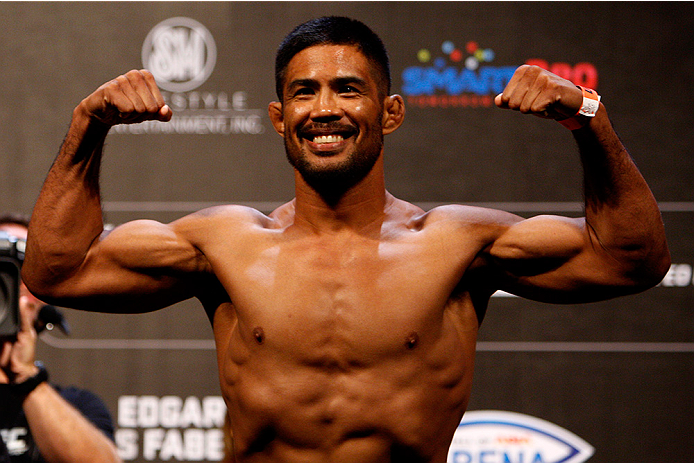 The popular UFC middleweight and former NCAA wrestling All America and national champion is calling his Fight Night Manila bout against Luke Barnatt on Saturday night at Mall of Asia Arena his final UFC fight. A desire to spend more time with his four children has determined this will be Muñoz’ swansong in the sport, and it’s comforting to him that this goodbye will be staged amid a hello to the Philippines.

“Having the UFC here, it just means the world to this country,” explained Muñoz, fighting to keep his emotions in check. “We’ve been constantly participating in combat sports, the whole country, with everyone so involved in boxing, jiu jitsu, karate, fighting has been in our culture for centuries.

The UFC’s first event in this combat sports-crazed country has been long anticipated, and comes at a time of great transition for the Filipino sports fan. 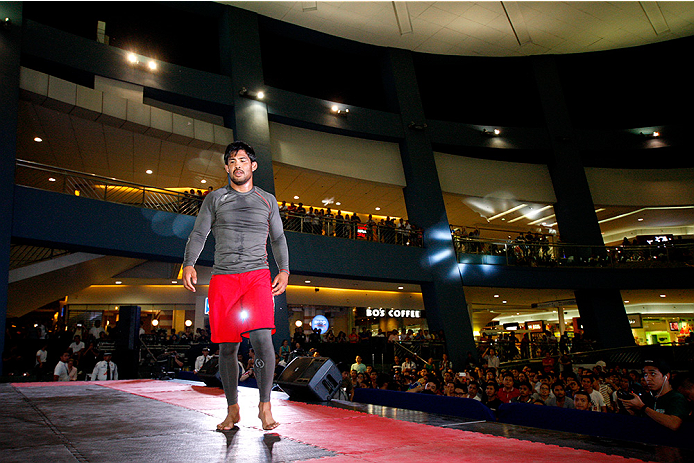 As Muñoz arrived in Manila earlier this week, along with wildly popular main event fighters Urijah Faber and Frankie Edgar and guest fighters Demetrious Johnson and Miesha Tate, Philippines legend Manny Pacquiao was making his return to this city en route to his home in General Santos City, in southern Mindanao.

With Pacquiao nearing the end of his brilliant boxing career and no real Filipino boxing champ or contender in sight to take the baton, the exploding popularity of MMA and UFC – and the opportunity this inaugural event presents – is keenly felt in the Philippines.

“Some here wonder what took the UFC so long. I honestly think it’s the perfect time to finally come,” said Boom Gonzalez, a sports presenter for ABS-CBN and one of the Philippines’ premiere radio DJs. “Everything that has happened in the sports in other countries leads to this, and us. It’s like a crescendo.

“Whether it’s in terms of boxing, or jiu jitsu, in terms of the knowledge, the schools that are popping up here in Manila, I think it’s a perfect time. It’s a watershed moment now, that it’s happening. It will get people even more interested.” 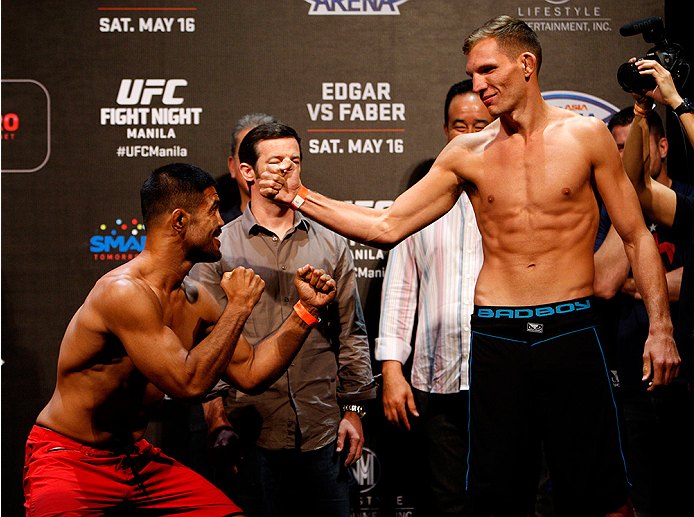 Basketball has always been a top draw for sports fans in the Philippines. But younger audiences also seek out MMA now, Gonzalez said, because of the trajectory of the UFC and its wide reach on the Internet, TV and video channels throughout the country.

“The attention is really going towards MMA and UFC now, because the broadcasts here are free, every week now, and that contributes to the growth and popularity,” he said. “The fight cards every week are top quality, with quality fighters.

“Just as the interest in boxing is waning because of the personalities, or lack thereof, here comes MMA with all sorts of personalities – good guys, bad guys. It’s the perfect time for this transition to take place here.”

As the Fight Night Manila open workouts were setting up at the Mall of Asia, a large group of savvy fans lined up early and waited patiently to get seats near the stage. 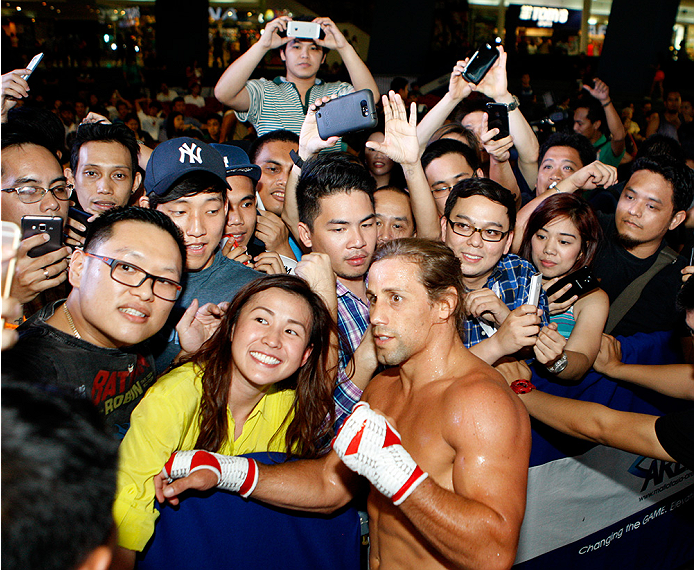 “I’ve been hearing rumors that the UFC was coming to our country for the past couple of years, but finally it’s here and it’s unbelievable,” said Gino Fajaredo, 35, a sales manager from Pasay City. “I still can’t believe I’m standing here, about to watch open workouts live. Hopefully this will be the first of many.

“A lot of us were disappointed by the Pacquiao-(Floyd) Mayweather fight, so this is the saving grace right here.”

Ralph Marnuri, 30, a tattoo artist from Manila, said he’s been watching UFC for the last eight years, and the chance to see Muñoz in person was his dream come true. 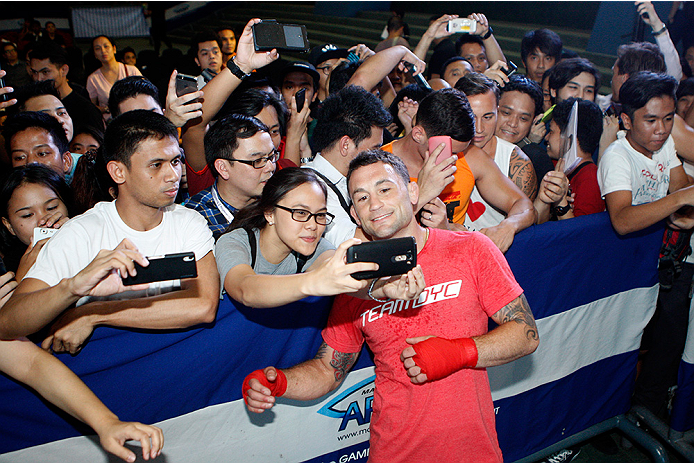 “I like all the fighters, but Muñoz, he is special,” Marnuri said. “He is all about respect.”

Friday night, as Muñoz wrapped up his final weigh-in as a UFC professional, he could barely wade through the crowd at the Solaire Resort and Casino. One of the sport’s most gracious stars was surrounded by the same respect he has given the sport.

“This is everything I dreamed it would be,” Muñoz said of his first—and final – UFC event in his ancestral homeland. “It’s the greatest feeling in the world, to be here right now. I’m so grateful. This is how it should end.”