Las Vegas – The historic 30th season of The Ultimate Fighter will see UFC bantamweight champion Julianna Peña and featherweight champion Amanda Nunes go head-to-head as coaches for men’s heavyweights and women’s flyweights competing to make the UFC roster. Following the series, which exclusively debuts Tuesday, May 3 on ESPN+, the two coaches will prepare to square off for the bantamweight title at a date that will be determined in the near future. 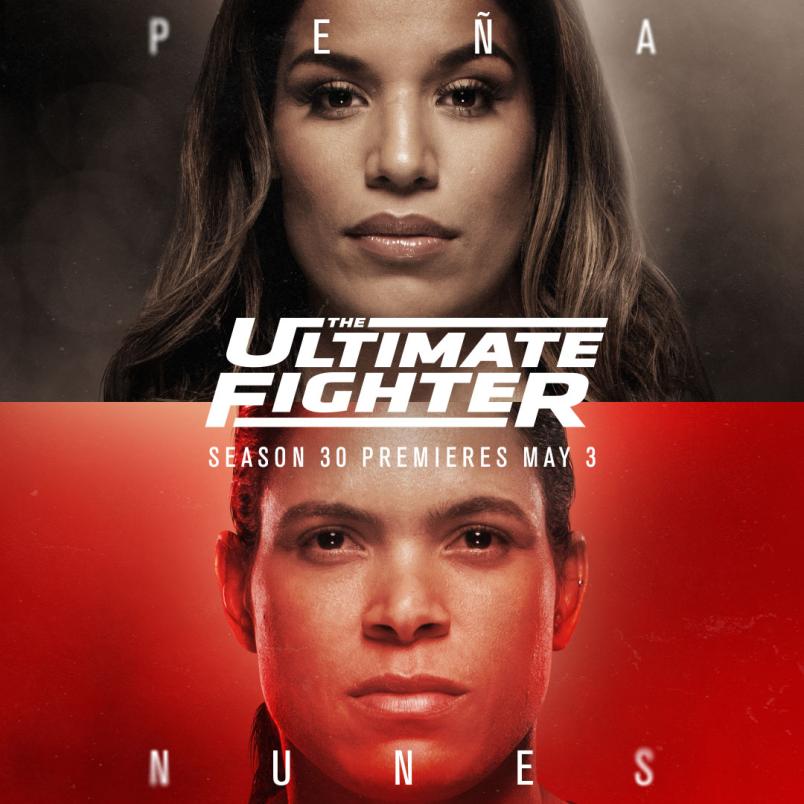 The Ultimate Fighter Season 30: Pena vs Nunes will feature a dynamic cast of 16 ascending athletes in the men’s heavyweight (265 lbs.) and women’s flyweight (125 lbs.) divisions, who have put everything else in their lives aside for the chance to pursue their UFC dreams.

The entire twelve episode season of TUF 30 will be available exclusively on ESPN+, with one episode dropping each Tuesday beginning May 3. In addition, UFC fans can re-watch all 29 previous seasons of TUF on ESPN+, the industry-leading sports streaming service.

Undisputed UFC bantamweight champion Pena (12-4, fighting out of Chicago, Ill.) returns to The Ultimate Fighter as a coach after winning season 18 in dominant fashion. She will look to teach her team the lessons and skills from her impressive career that has seen her secure victories over Amanda Nunes, Cat Zingano, Nicco Montano and Sara McMann. Pena now aims to show that she can beat Nunes as a coach, as well as a competitor, and build momentum towards their inevitable rematch later this year.

Nunes (21-5, fighting out of Miami, Fla. by way of Pojuca, Brazil) is widely considered to be the greatest women’s mixed martial artist of all time. Despite her historic upset defeat to Pena late last year, Nunes remains confident that she will regain her lost title with a spectacular performance similar to those that earned her wins over Holly Holm, Cris Cyborg and Ronda Rousey. She now plans on adding a successful The Ultimate Fighter season to her renowned resume on the way to exacting revenge over Pena.

Below is a full list of competitors scheduled to compete in The Ultimate Fighter 30: Team Pena vs. Team Nunes (name, age, professional record and fighting out of):

*All athletes are subject to change